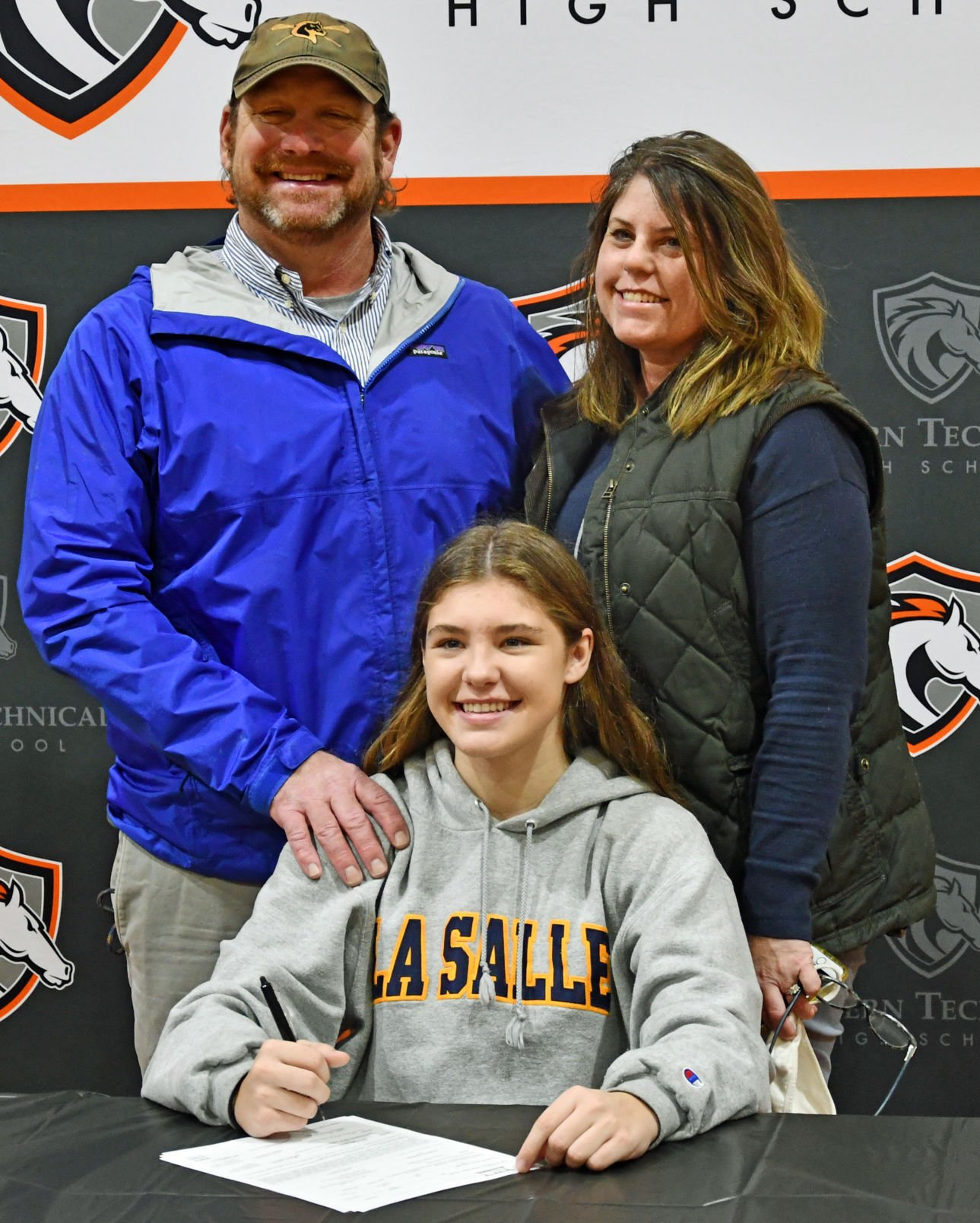 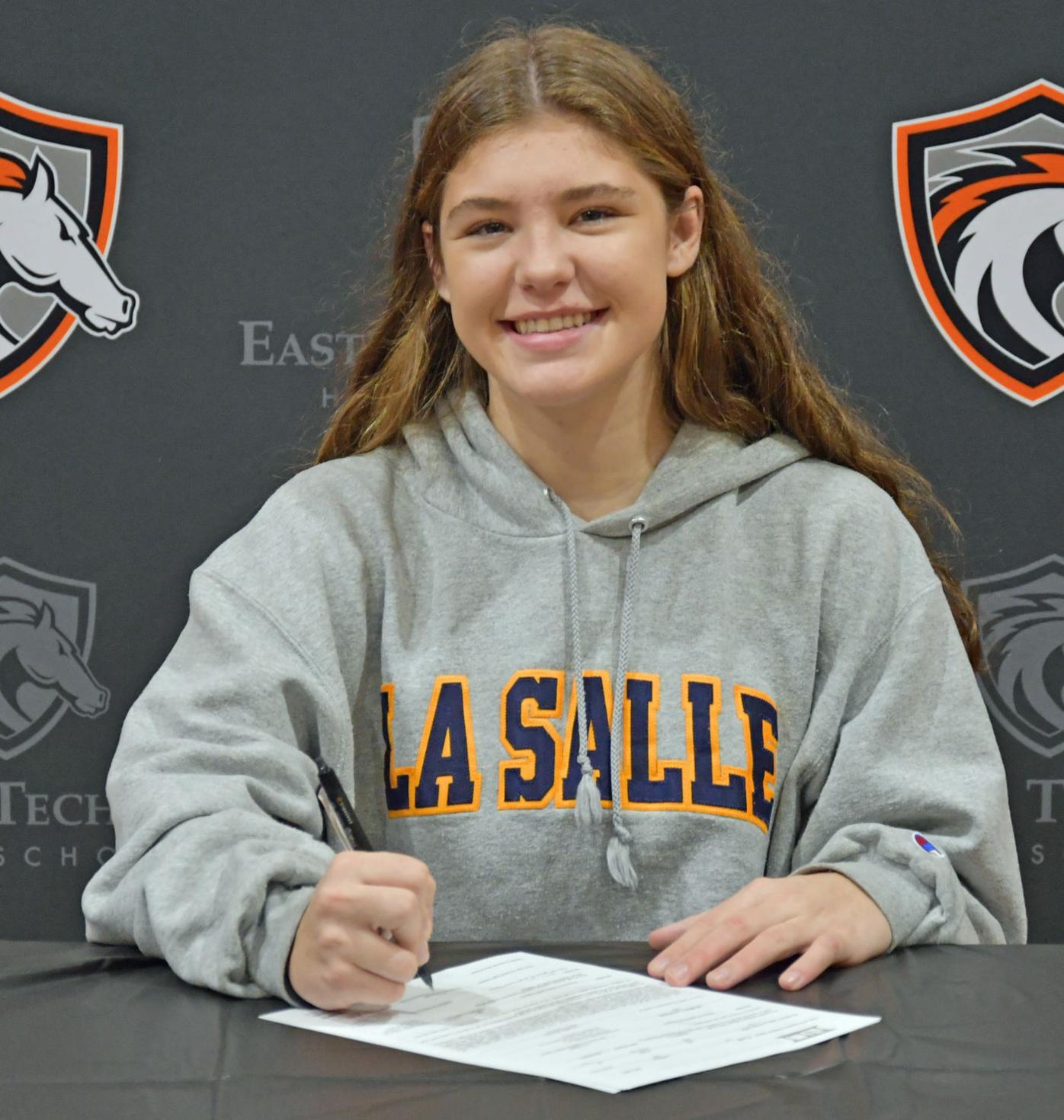 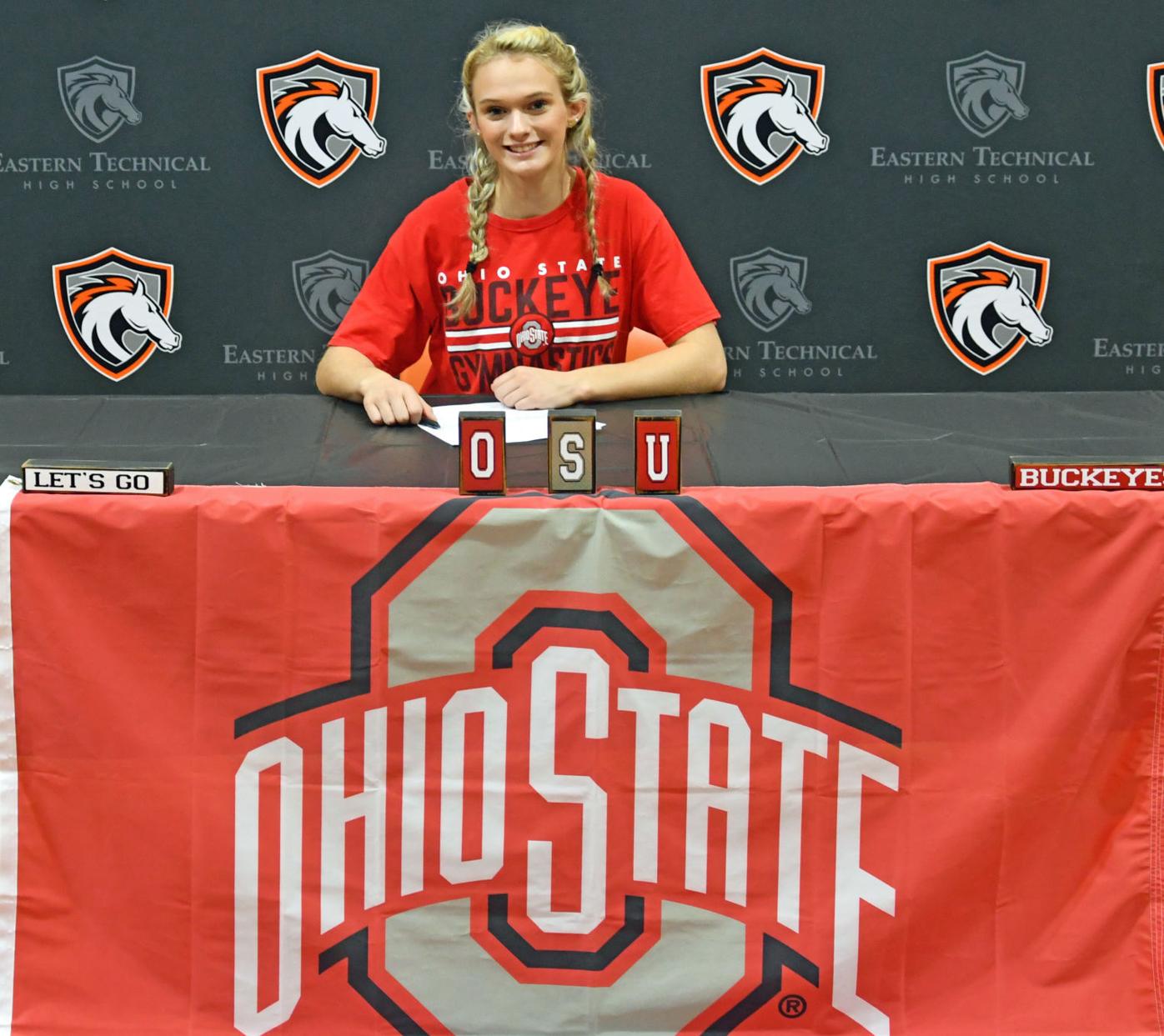 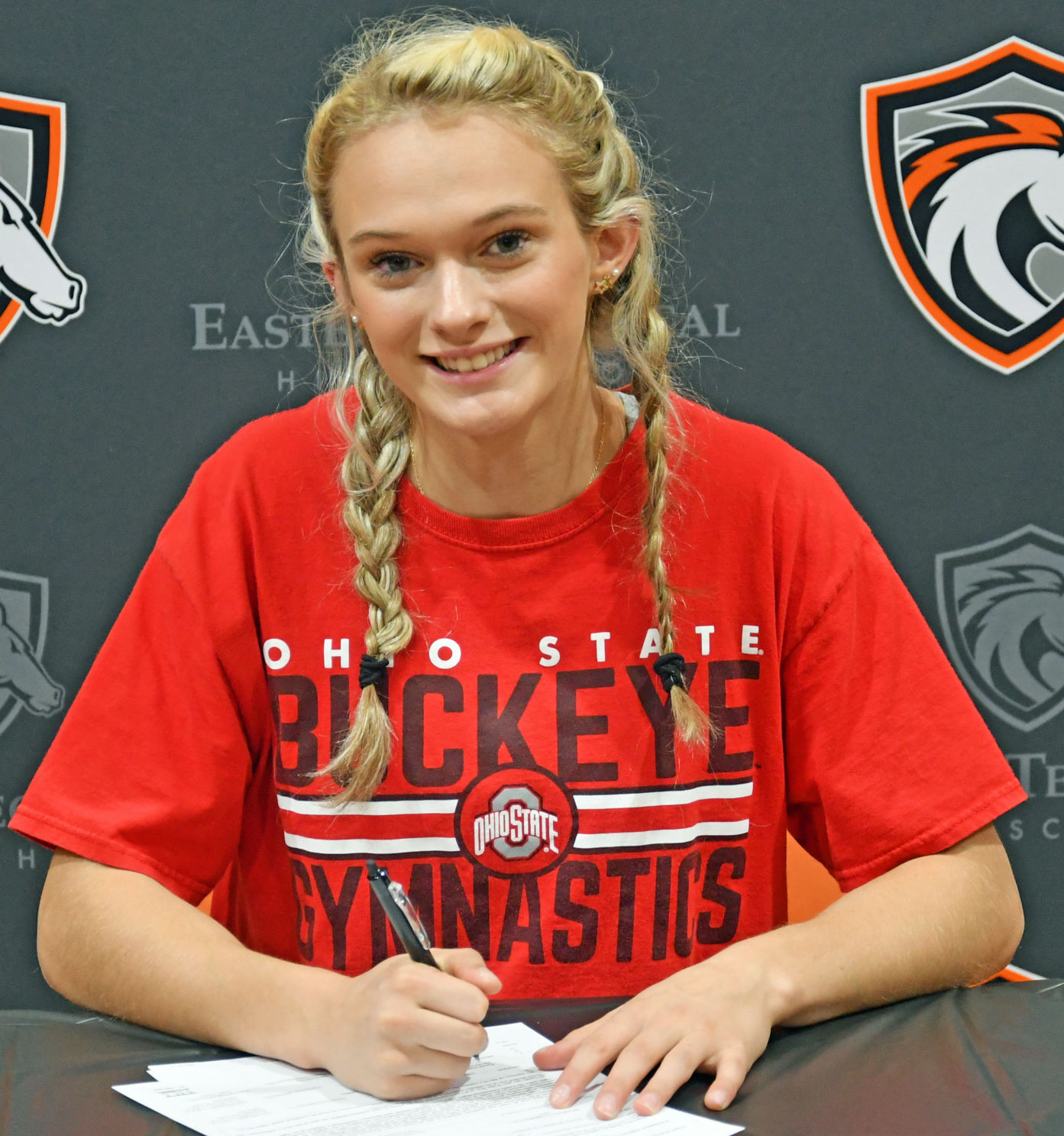 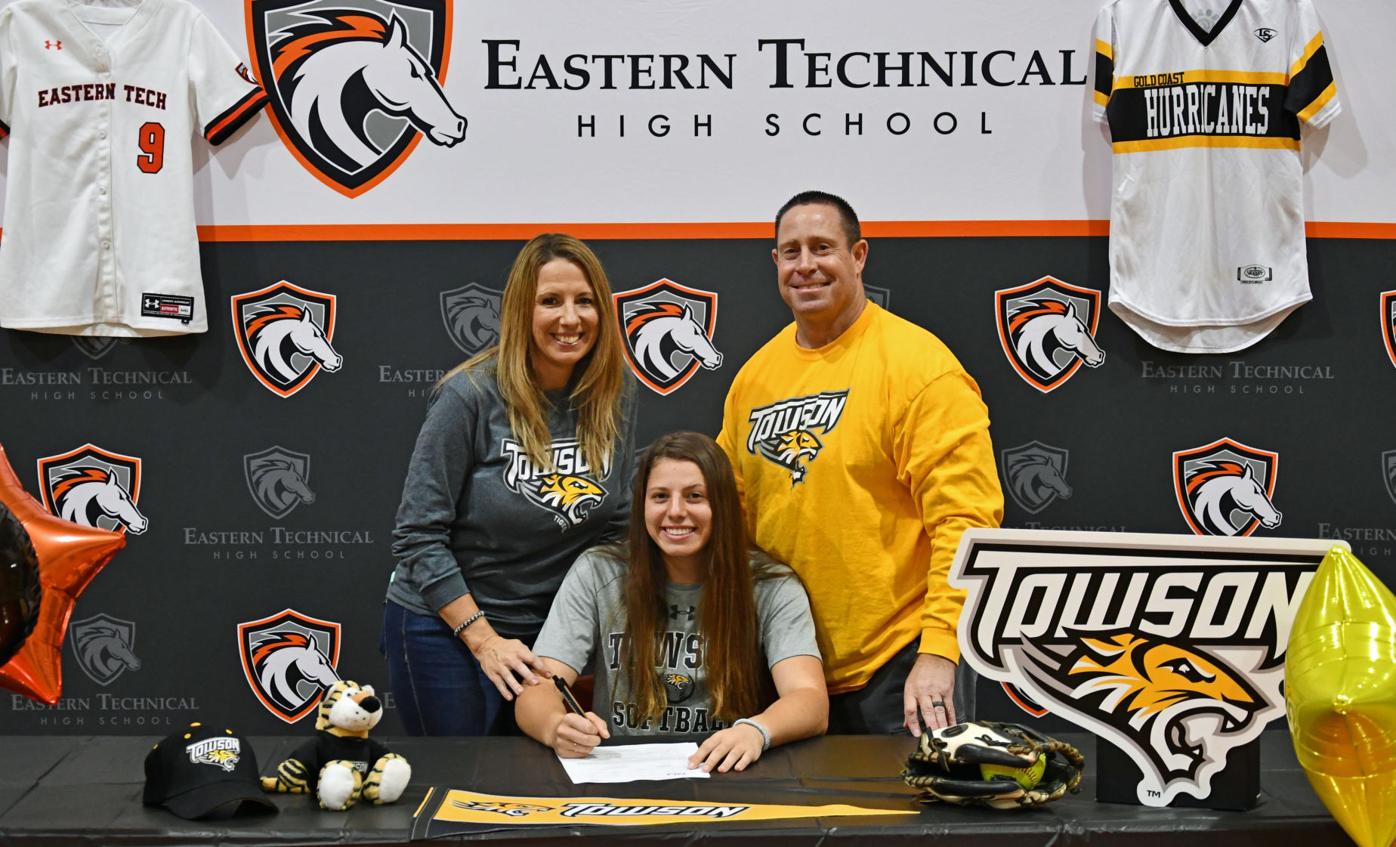 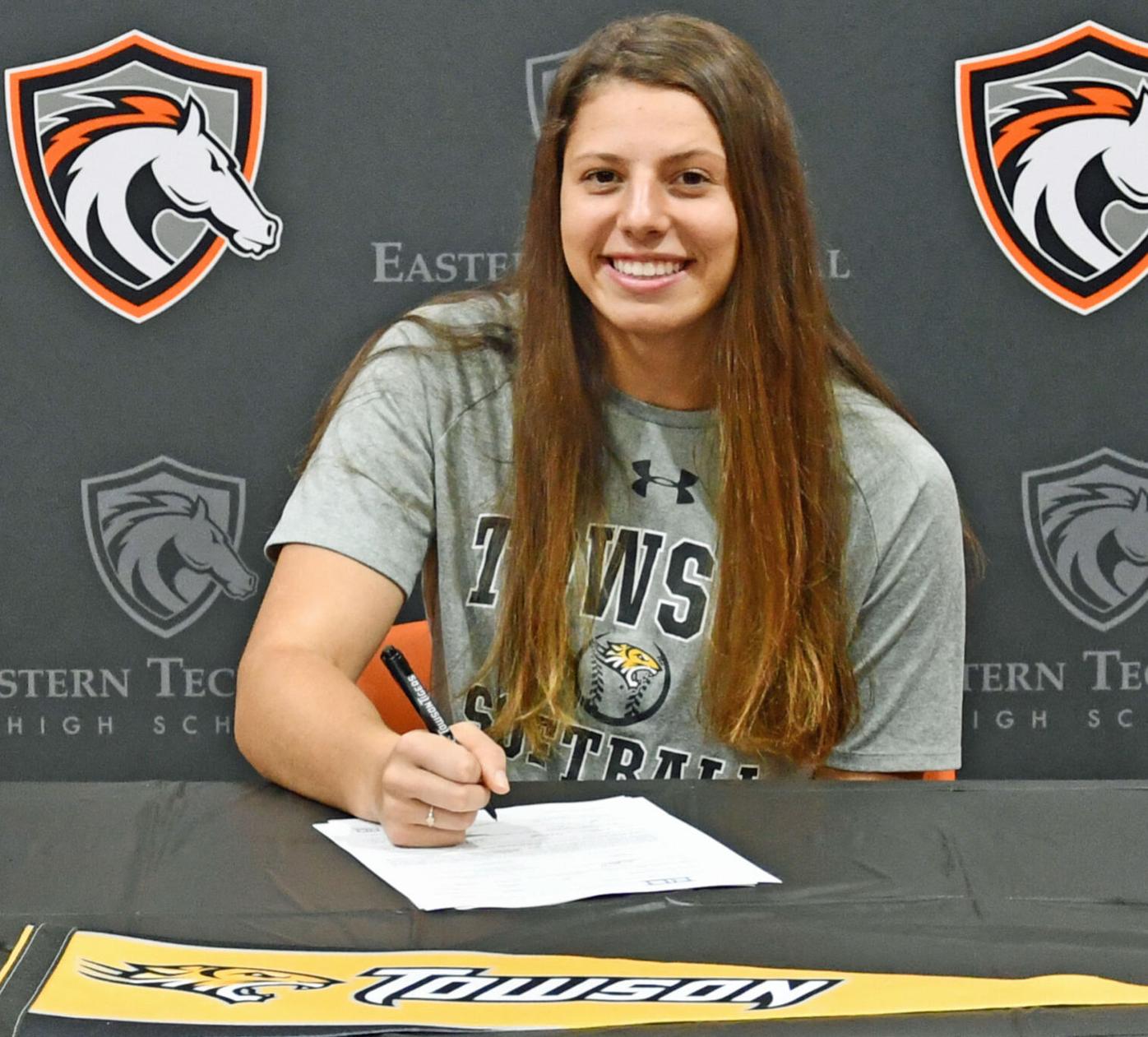 Kristen Toland will be playing softball at Towson University.

Kristen Toland will be playing softball at Towson University.

They did so under circumstances unlike earlier years, but common in 2020.

Jenna Hlavach plays a sport not even offered in Baltimore County schools: gymnastics. She still snagged a scholarship from Ohio State University.

Small sample size from which to impress college recruiters.

Toland will be playing for Towson University, while Plume will be at LaSalle University.

Hlavach earned the attention of Ohio State through her gymnastics club team, the Lutherville-based Rebounders.

She’s been competing in gymnastics since she was three years old, working on the vault, uneven parallel bars, balance beam and floor exercise.

“I competed in a bunch of showcase meets with college scouts watching,” Hlavach said. “I also attended a gymnastics summer camp at Ohio State and met their coaches.”

Hlavach was the state all-around vault champion in 2017, and qualified for the Junior Olympics nationals in 2018-19 (during which Level 10 gymnasts from across the country competed against each other).

She attempted to join the cheerleading squad at Eastern Tech during her freshmen year, but her gymnastics coach told her that was not an option.

(Baltimore County plans are to have an abbreviated spring season, so Toland still may get to have a senior softball season, as will Plume in lacrosse.)

She mainly played third base for Tech, and played soccer her first two year before dropping it her junior year to focus on softball.

Towson, she said, “is a local school so it was always among my top choices. I love the campus; as soon as I waked on it, it felt like home.”

Toland was also able to impress college coaches by playing with a club team; in this case, the Gold Coast Hurricanes.

Having her junior year softball season at Tech cancelled was “disappointing,” Told said. “I lost another chance to possibly play in the state championship game.

“The main reason I came to Eastern Tech was to play on the softball team and win a state title.”

Losing her junior lacrosse season, Ainsley said college coaches “definitely didn’t get to see me play as much as they’d like.”

She relied on her own initiative and “kept in close touch with the coaches.”

And she had a club team, Coppermine Lacrosse. Plume played for the team the last year-and-a-half, and they were “very helpful for my recruiting.”

She went to a camp at LaSalle and “sprinted really hard. They noticed I was fast.”

Plume liked the campus, so she decided to stick with LaSalle.

There was also some family pressure and sibling rivalry for Ainsley.

She has two older sisters both playing college lacrosse: Addison, an Eastern Tech grad now at Bridgeport, and Keagan, who attended College of Notre Dame and is now at the Savannah College of Art and Design.

A midfielder, Ainsley remembered playing at age seven with her “first little stick, which I spray-painted green because it was my favorite color.”

An Allied Health student at Eastern Tech, Ainsley will study biology at LaSalle and then plans to enter veterinary school.