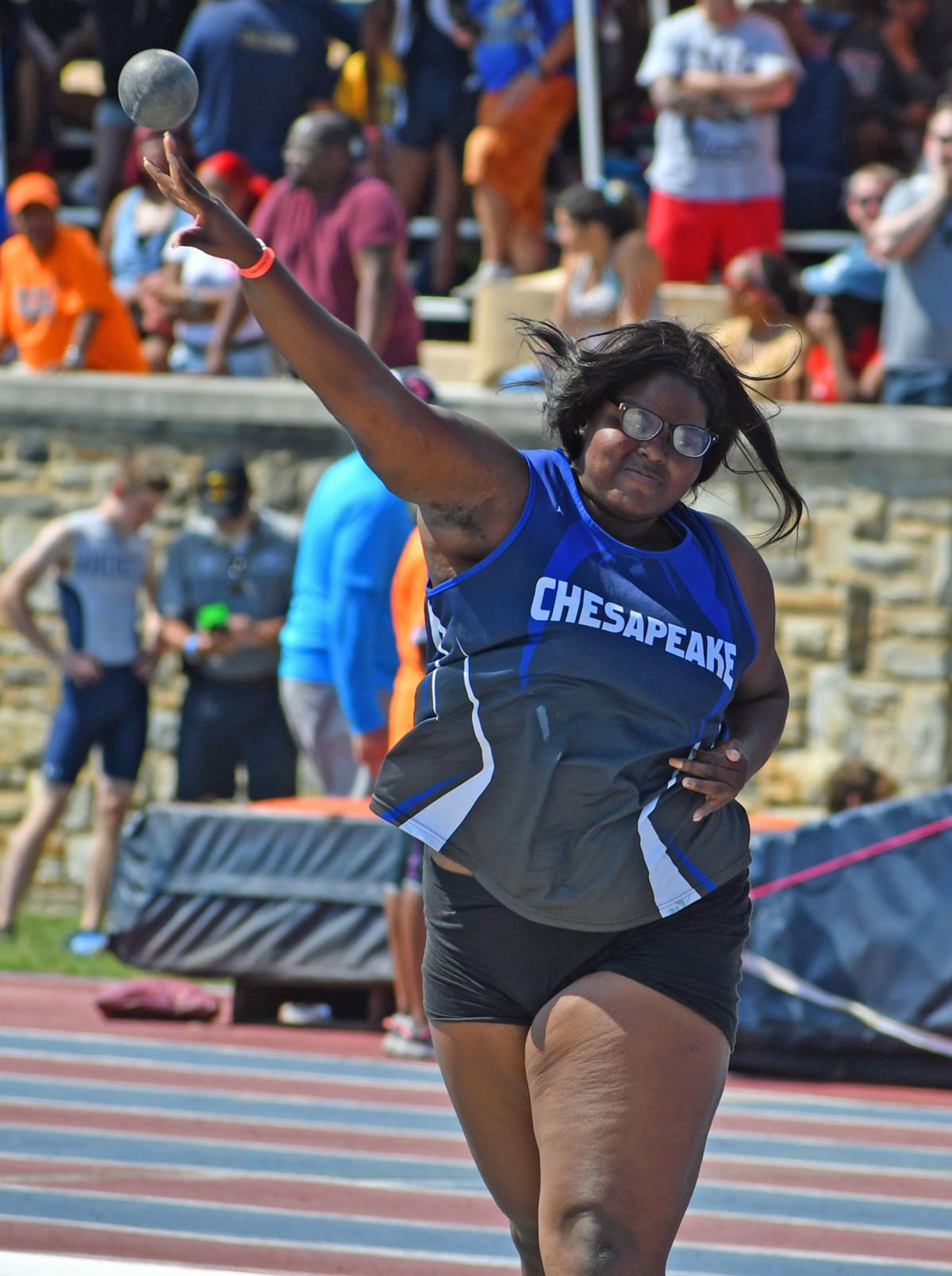 Makayla Davis of Chesapeake won county and region title in the shotput and discus. 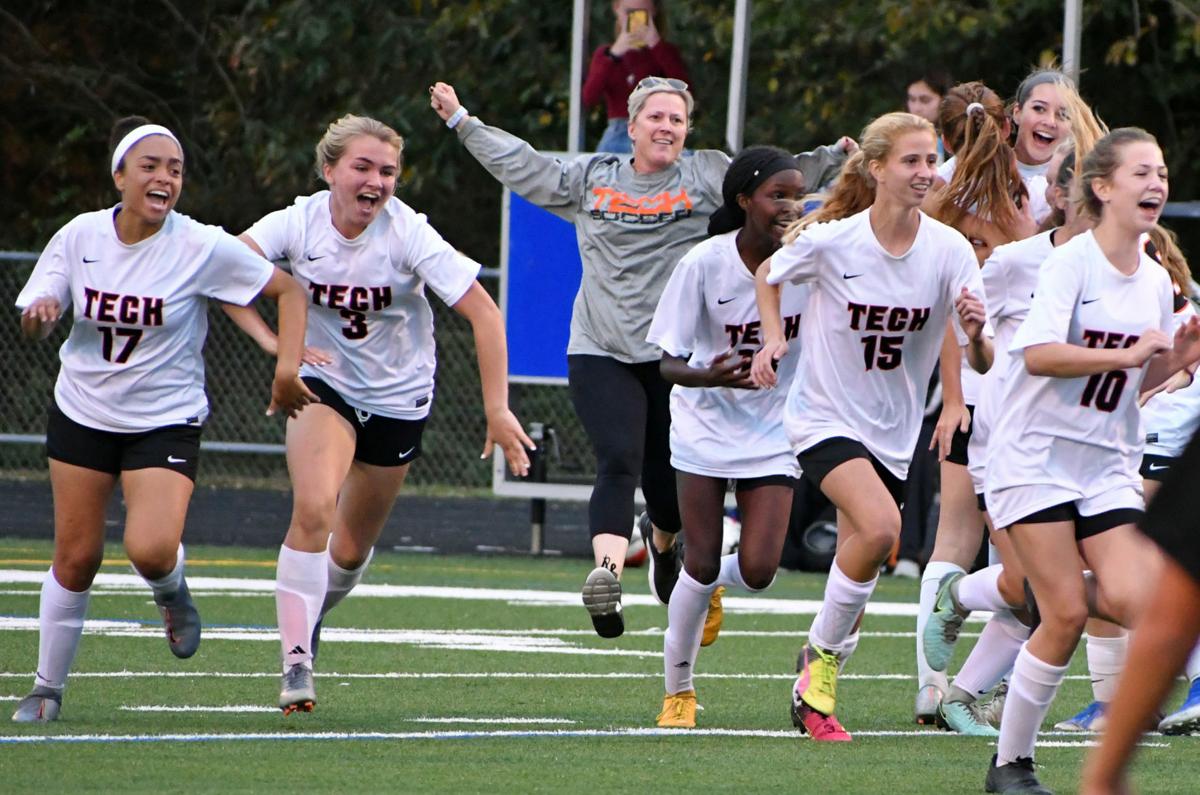 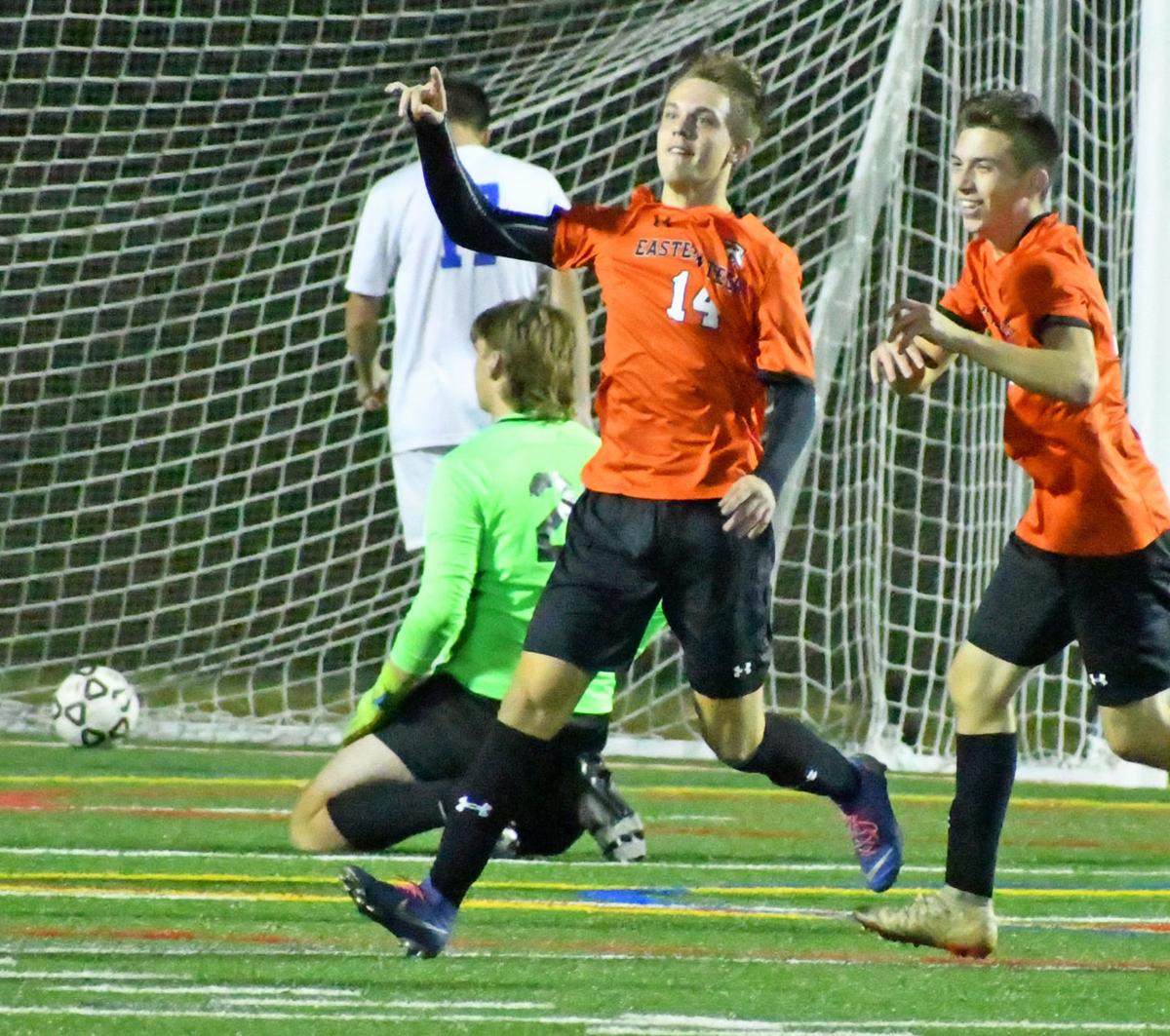 Dillon Nesteruk and Eastern Tech boys soccer won a regional title and advanced to the state quarterfinals, but their two-year reign as Baltimore County champs ended. 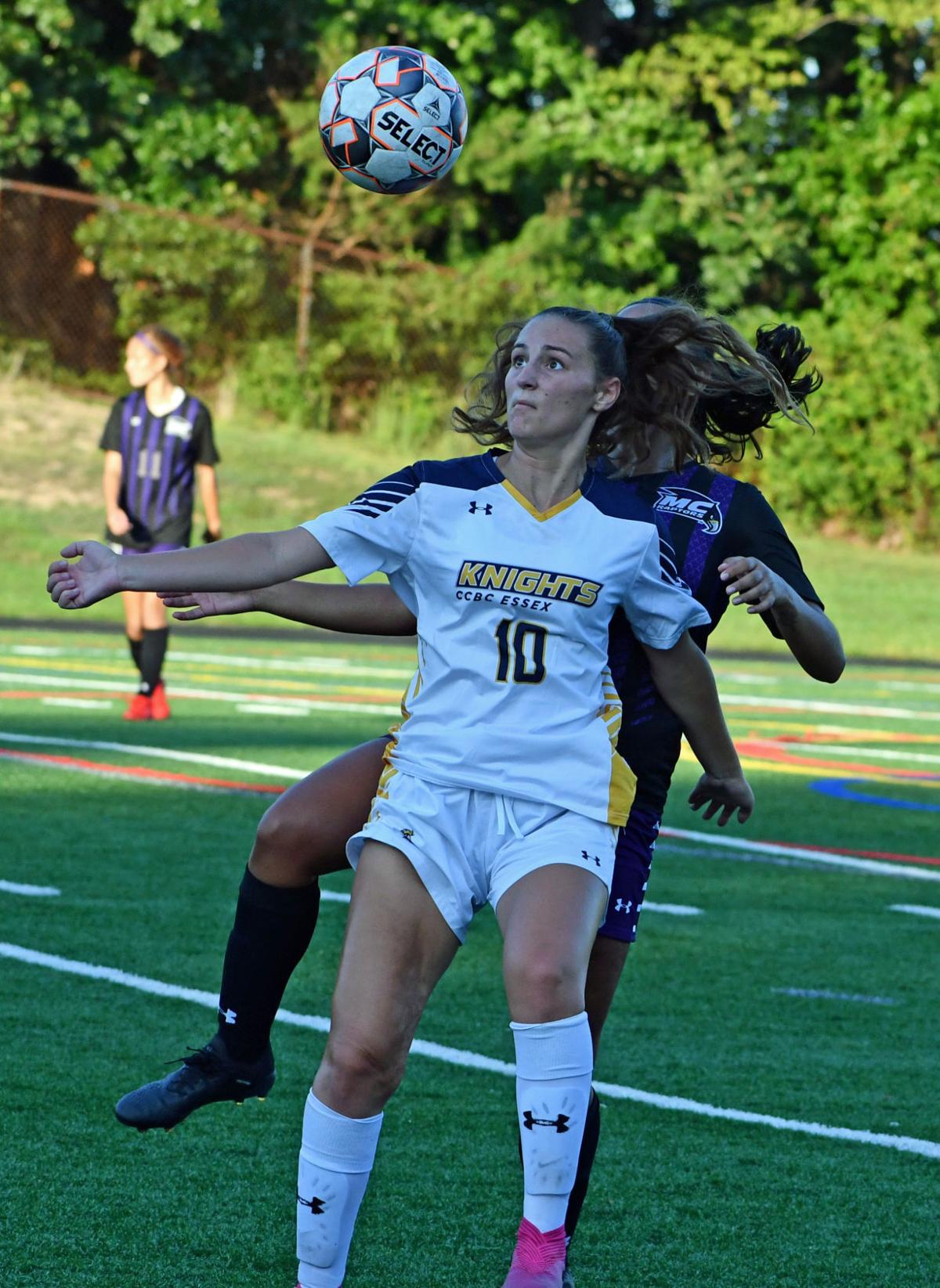 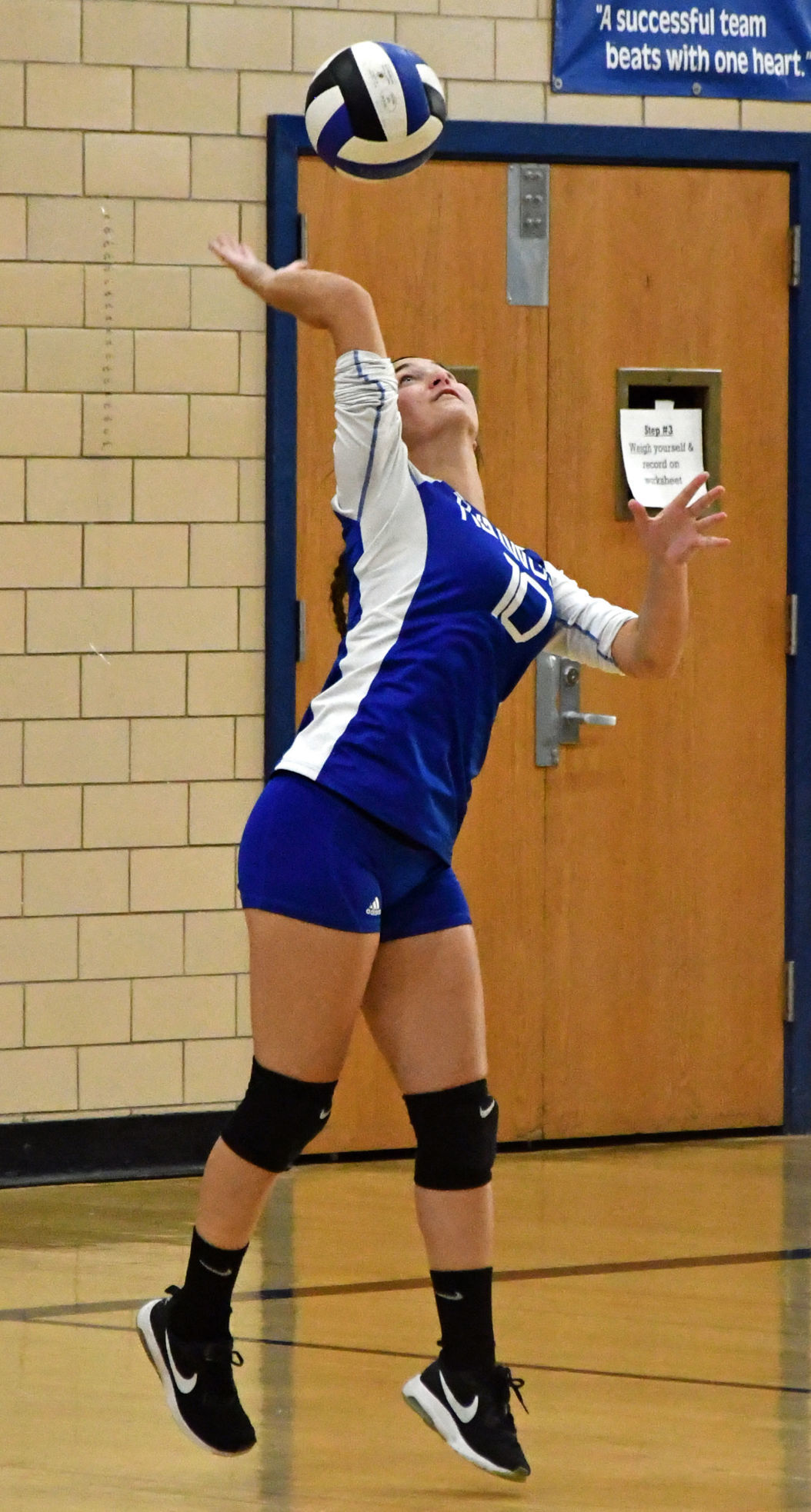 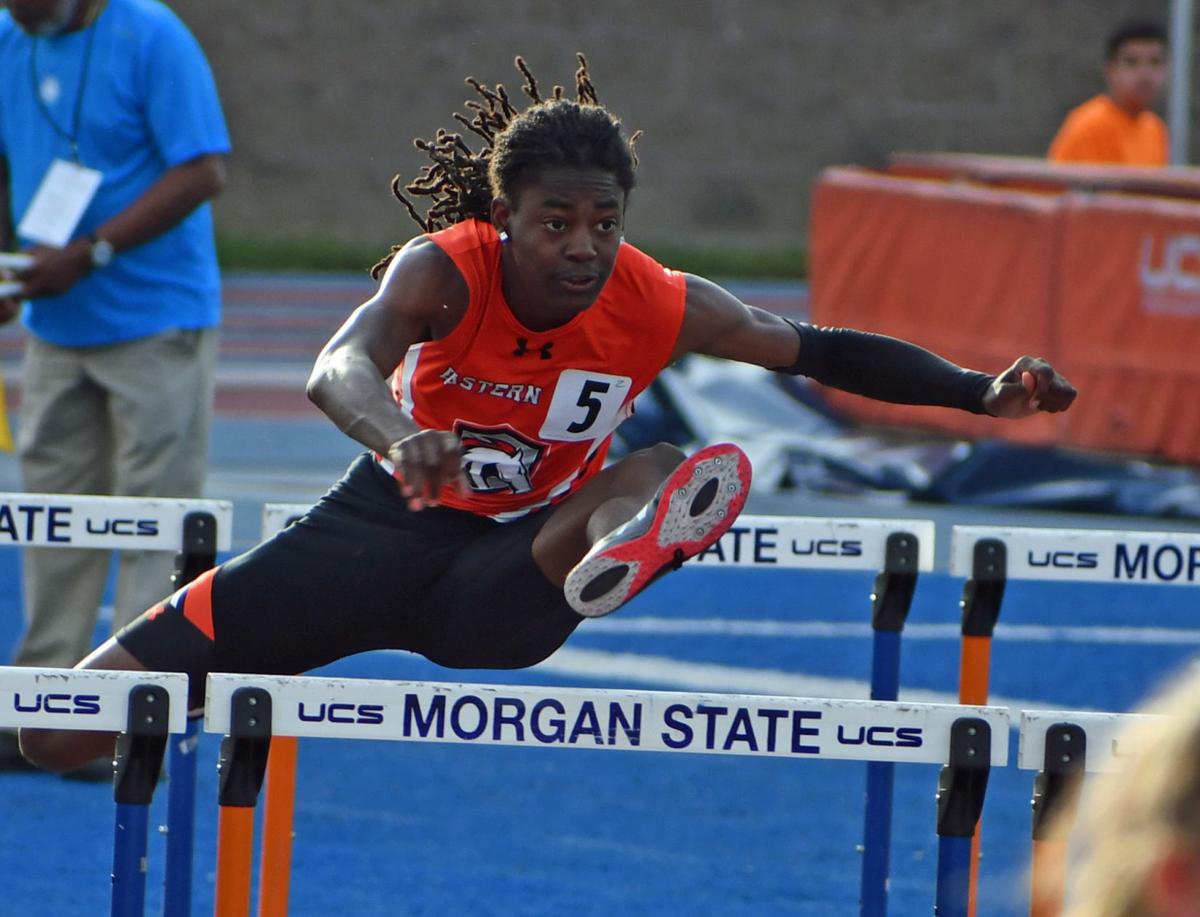 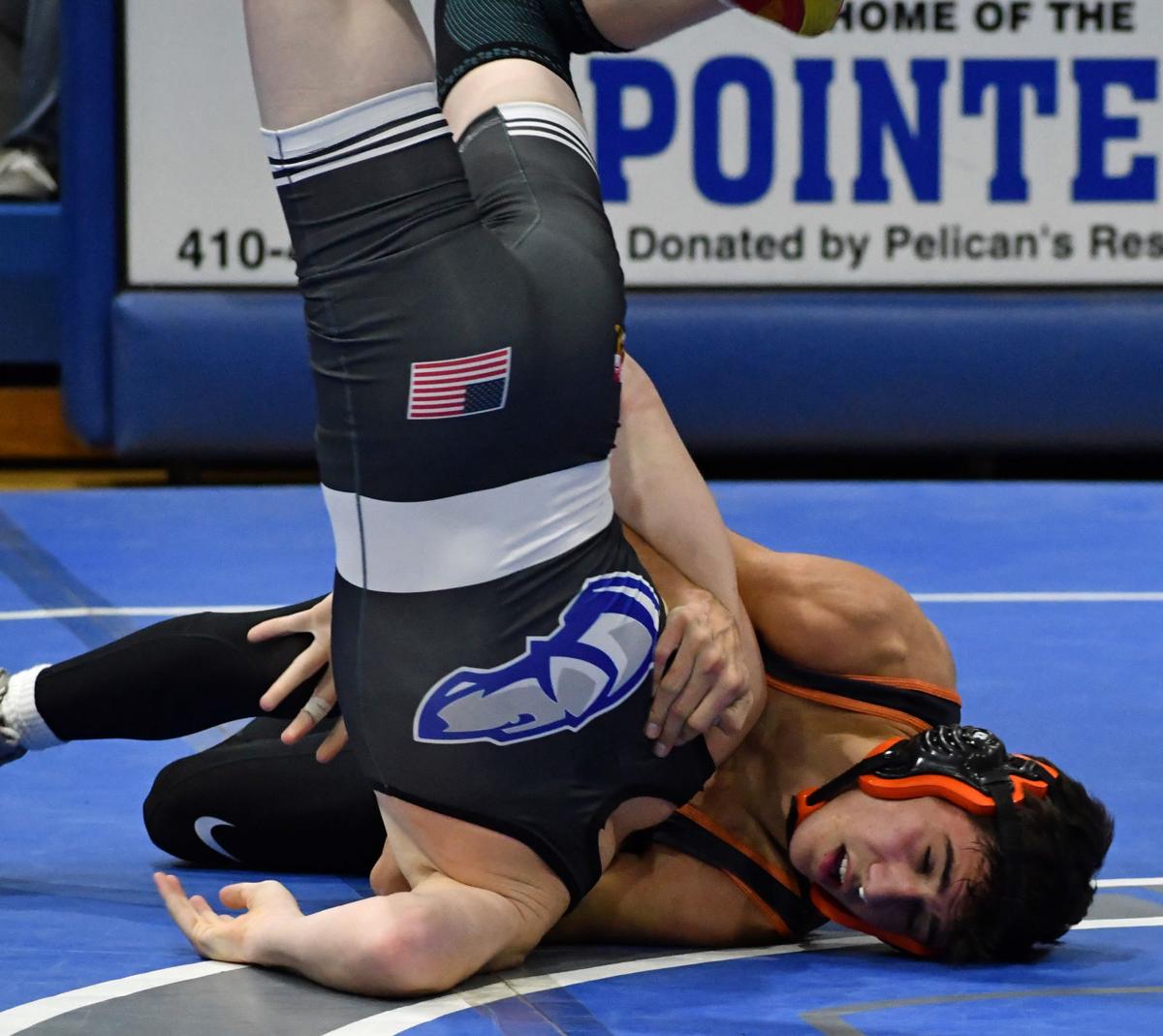 Makayla Davis of Chesapeake won county and region title in the shotput and discus.

Dillon Nesteruk and Eastern Tech boys soccer won a regional title and advanced to the state quarterfinals, but their two-year reign as Baltimore County champs ended.

It’s not every day you get the chance to end the reign of a six-time defending state champion.

First, teams that have won six straight state titles aren’t exactly common. In all of Maryland high school sports history, there have been 13: Bethesda-Chevy Chase (9) and Pocomoke (8) in field hockey; Wootton (7) in volleyball; Roosevelt (8) and Central (6) in girls indoor track; Fairmont Heights (7) in boys indoor track; Damascus (6) in wrestling; Mount Hebron (11) in girls lacrosse; Hereford (6) in boys lacrosse; Northern Calvert (8) in softball; Smihsburg (8) and Central (7) in girls track and field;

And Sparrows Point in girls soccer.

Eastern Tech entered the Class 2A North Region layoffs with a losing record; The Mavericks hadn’t beaten the Pointers for a decade or more; and had lost to the Pointers during the regular season.

But that loss was by 1-0, convincing the Mavericks they had a chance in the rematch that took lace in the North Region Section I final.

Eastern Tech stunned Sparrows Point and ended the Pointers’ quest for a seventh straight state title with a 1-0 win at Sparrows Point.

(Sure, the score was an “own goal” by Sparrows Point, but it still counts. And the Mavericks did shut out the dangerous Pointer offense.)

Eastern Tech went on to give top-seeded Century a tough game in the state quarterfinals, losing 1-0.

Other highlights in local sports for 2019:

Ryan Wagener of Eastern Tech wins his third Baltimore County wrestling title; this one at 126 pounds. He won at 106 pounds as a freshman and 126 pounds as a junior.

Wagener then goes on to win the 126-pound title at the Class 1A/2A North Regional championships.

Ty Whitaker, an Allied Health teacher for Eastern Tech’s Academy of Health Professional’s magnet program, is inducted into the Maryland State Association of Baseball Coach’s Hall of Fame. Yeah, he also coached a bit of baseball.

Daylon Duncan of Kenwood reaches the 134-pound final at the Class 3A/4A state wrestling championships,where he becomes the only wrestler at the state tournament to last the entire six minutes against Chris Sanchez of Sherwood before losing 16-5.

Wagener was knocked out in the Class 1A/2A semifinals and finished fifth overall.

After regular seasons that saw the Chesapeake boys basketball team upset defending county champion Woodlawn, and the Bayhawk girls take down defending county champ Catonsville, both teams lost in overtime during the second round of the Class 2A North region playoffs. The boys had been the top seed.

Isaac Ngobu of Eastern Tech is selected as the Outstanding High School Male Soccer Player for Maryland by the Maryland Soccer Legends Association.

Just to prove it’s no fluke, Davis proceeds to win the shotput and discus titles at the Class 2A North regional track championships, while Chatmon wins regional titles in the 110 and 300 hurdles.

The Eastern Tech softball team loses to LaPlata in the Class 2A state semifinals. It’s the third time in the past four years LaPlata has ended the Mavericks season in the state semifinal or championship game.

Local paintball team, the Chicago Aftershock, wins a tournament in Lakeland, Florida. The team is based out of White Marsh.

The Kenwood girls soccer team wins the Baltimore County Dvision II title with an unbeaten record in the division.

Khiyon Worelle, 9, gets to practice with the WNBA champion Washington Mystics through the Make-a-Wish Mid-Atlantic Foundation.

All the Maverick girls soccer team did was end Sparrows Point’s six-year state championship streak and hand the Pointers their first postseason loss since 2012. Eastern Tech then gave top-seeded Century a battle in the state quarterfinals before losing 1-0.

The Mavericks were 5-6 during the regular season.

Down two sets, the Eastern Tech volleyball team rallies past Carver A&T for its first regional title since 2010. The Mavericks fall in the state quarterfinals.