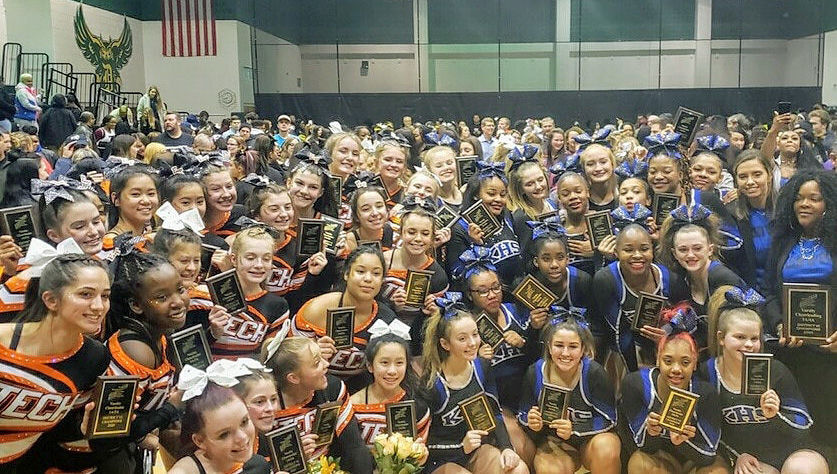 The Eastern Tech and Kenwood cheerleader squads display their plaques after the Mavericks won the Class 1A/2A title and the Bluebirds won the Class 3A/4A title at last week’s county championship event at Dundalk High. 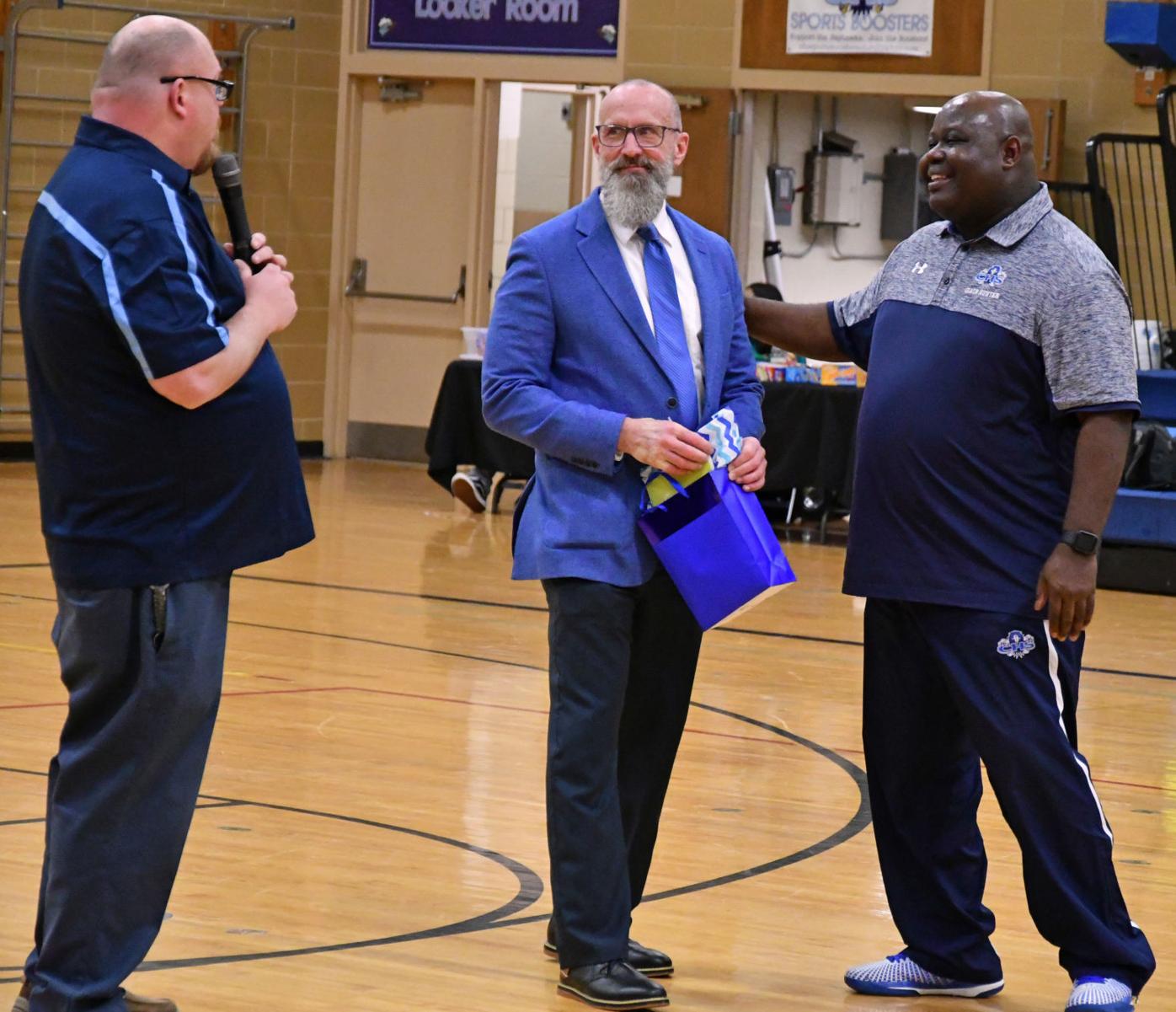 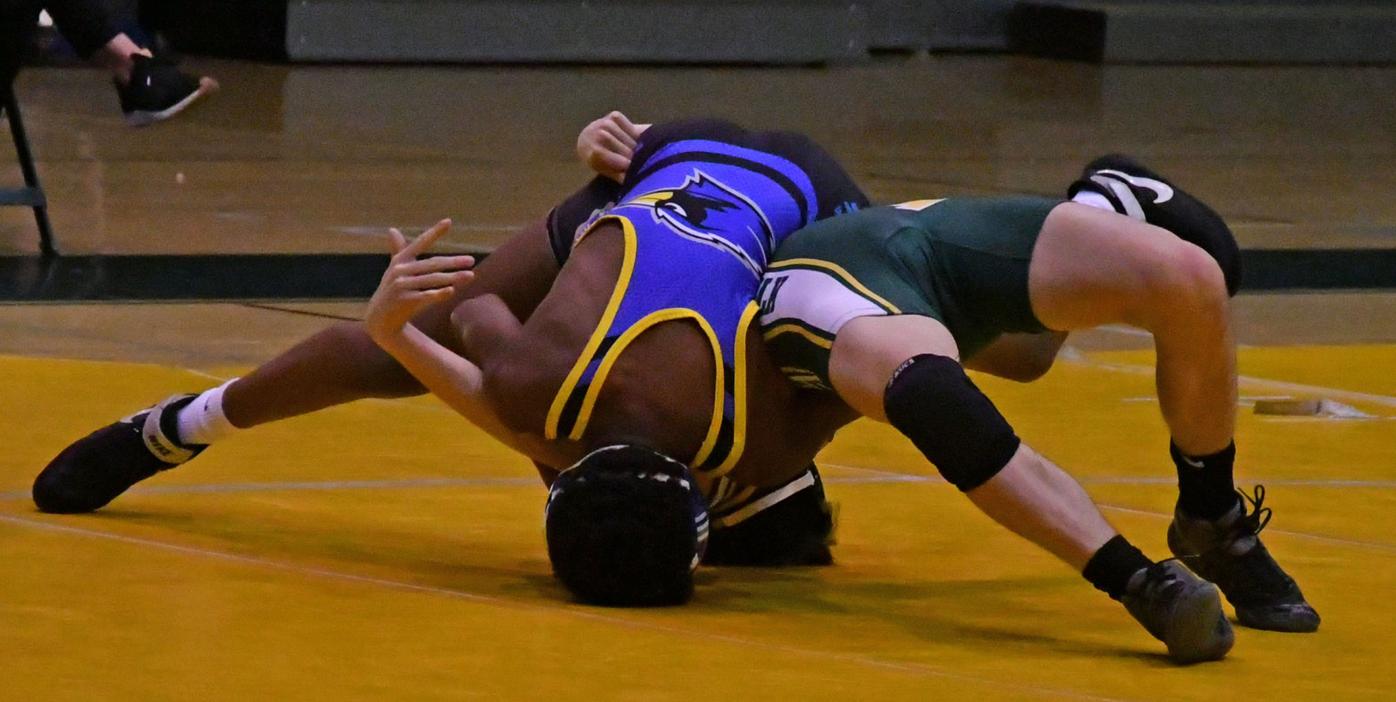 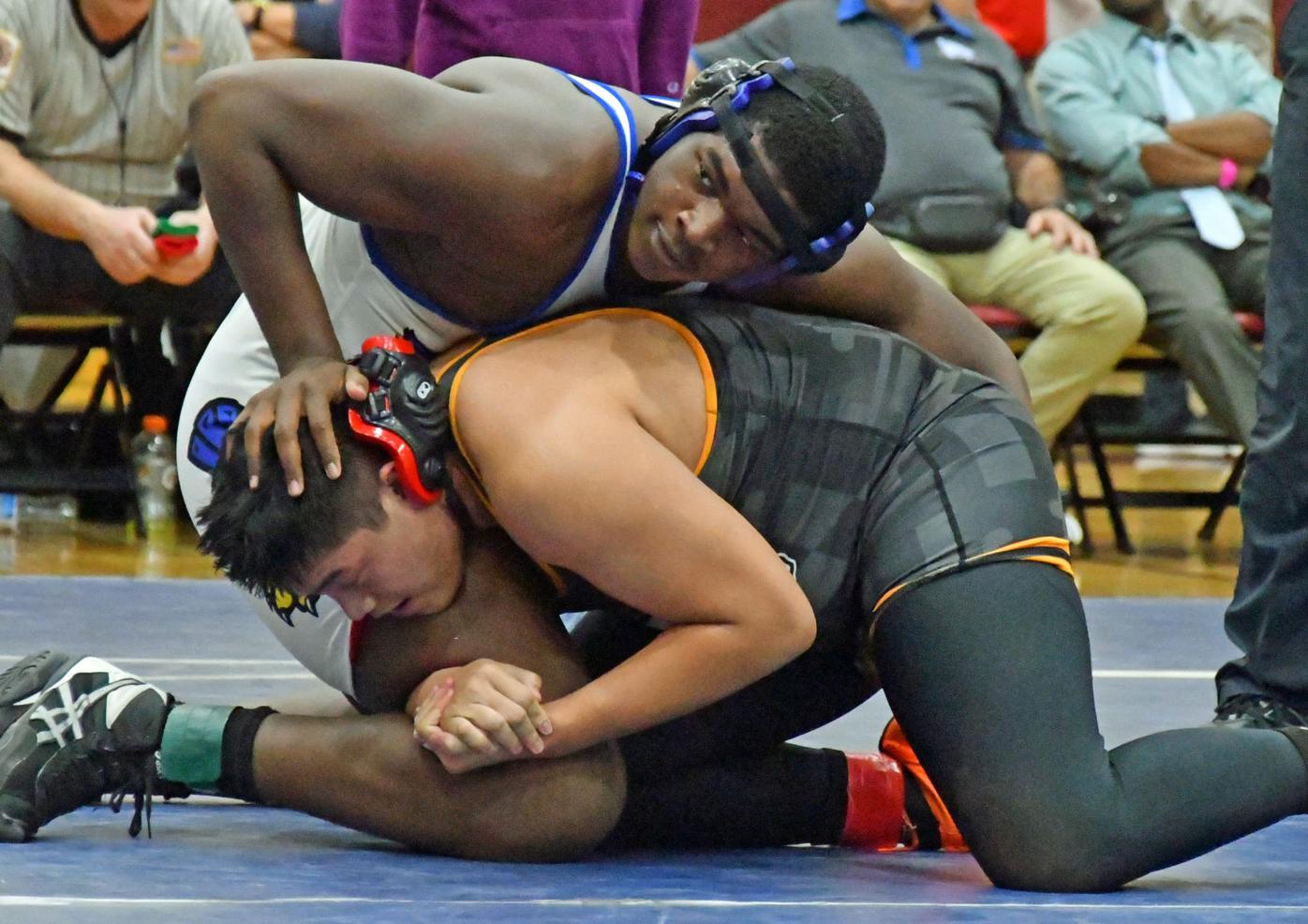 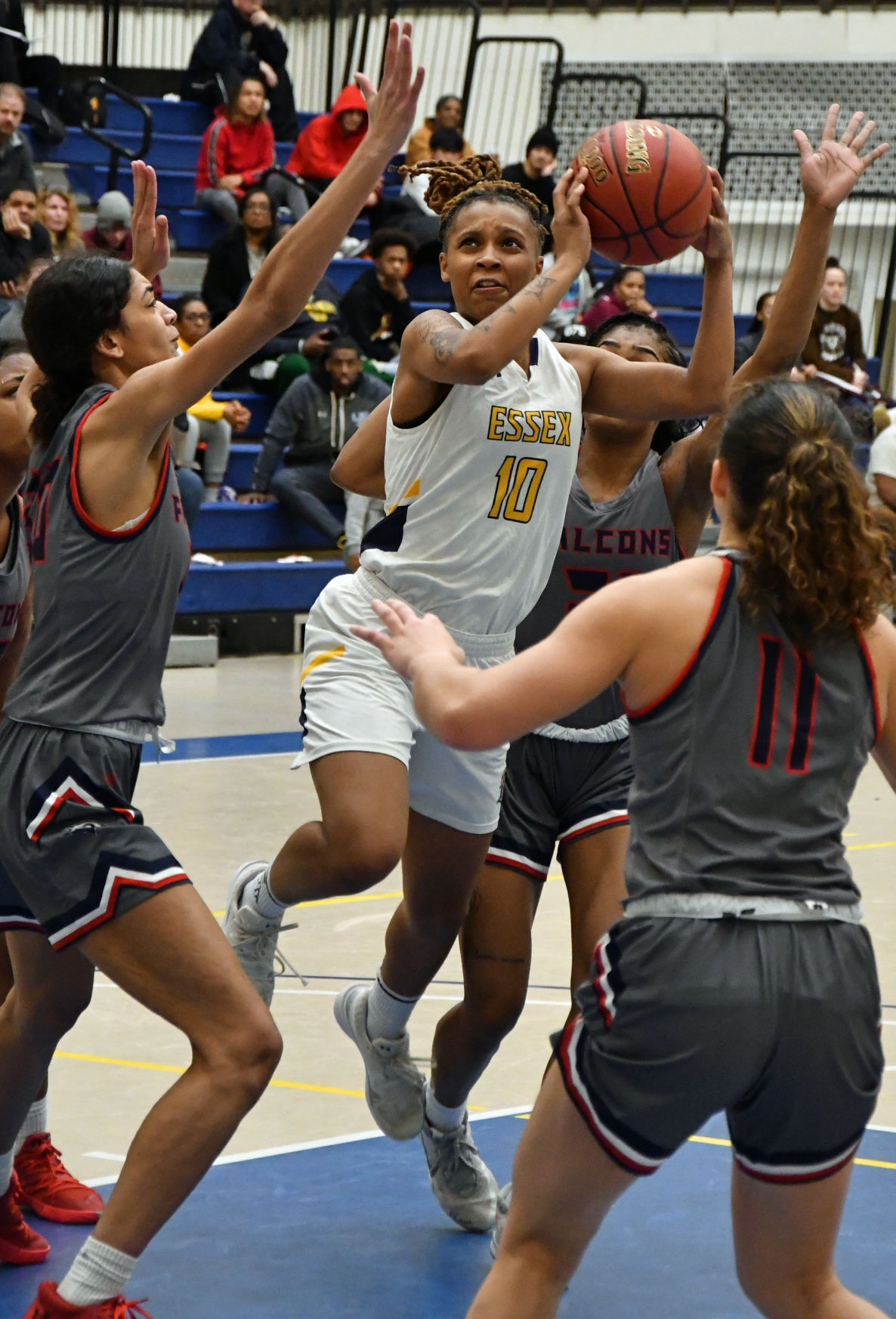 Mya Moye of CCBC Essex was named an first-team NJCAA All-American during a season in which she broke 1,000 career points and set an NJCAA record with 81 points in a single game.

The Eastern Tech and Kenwood cheerleader squads display their plaques after the Mavericks won the Class 1A/2A title and the Bluebirds won the Class 3A/4A title at last week’s county championship event at Dundalk High.

Mya Moye of CCBC Essex was named an first-team NJCAA All-American during a season in which she broke 1,000 career points and set an NJCAA record with 81 points in a single game.

When CCBC Essex decided to revive its women’s basketball program after 15 years of being dormant, it didn’t take any half-measures.

Essex brought in on of the best coaches available, Mike Seney. He helped recruit a roster rich in talent, including many players transferring into Essex from four-year programs.

A challenging schedule was created, and all the paperwork put in order for people questioning how a first-year program went on an anticipated deep playoff run.

What Essex couldn’t control was a global pandemic which shut down sports just as the NJCAA women’s basketball tournament was about to begin.

Thirty wins, a Maryland JuCo Conference title, an NJCAA Region XX championship and the Knights first berth in the NJCAA tournament since 1978 is an outstanding season by anyone’s standards, but Essex will never know if it could have made a run at the national title.

And as 2020 comes to an end, a re-built Essex squad still does not know when it will be able to play basketball again.

It was the first conference women’s basketball title for Essex in 38 years.

Essex was seeded ninth in the NJCAA tournament. The Knights played three of the teams from last season’s NJCAA Final Four during the regular season, and defeated all three.

The Knights finished the season ranked 12th in the NJCAA.

Essex ended the season on a 19-game winning streak.

Other notable moment in Essex-Middle River sports for the year 2020:

The best cheerleaders in Baltimore County come from the Essex-Middle River area. Kenwood and Eastern Tech swept the county championships, with the Bluebirds winning the Class 3A/4Atitle, and the Mavericks winning the Class1A/2A crown.

In a tribute to Kobe Bryant, who had just died in a helicopter crash that also took his daughter and everyone else on board the aircraft, Mya Moye of CCBC Essex scored an NJCAA-record 81 points in a single game.

We didn’t know it at the time, but Bryant’s death was just a harbinger for the horrors of 2020 to come.

Rod McMillion, who retired as the Chesapeake High athletic director to take a spot on the Baltimore County School Board, returned to the school to present girls basketball coach Darryl Hunter with an award.

Instead, McMillion found himself part of a surprise induction — his own — into the school athletic Hall of Fame.

County schools closed in mid-March due to the coronavirus pandemic and never re-opened, causing the cancellation of the spring sports season.

County schools re-opened “remotely” for the fall semester, with a planned return to in-person instruction in the second semester starting on Feb. 1.

High school sports remain on hold, with a plan to play all three sports seasons when the second semester starts on Feb 1: a shortened winter season, followed by a shortened fall and spring seasons.

The private and parochial schools decide to give it a go. Mount Carmel plays shortened fall seasons in volleyball and boys and girls soccer.

Mount Carmel does not chose to play football, although several other schools in the MIAA do play shortened football seasons.