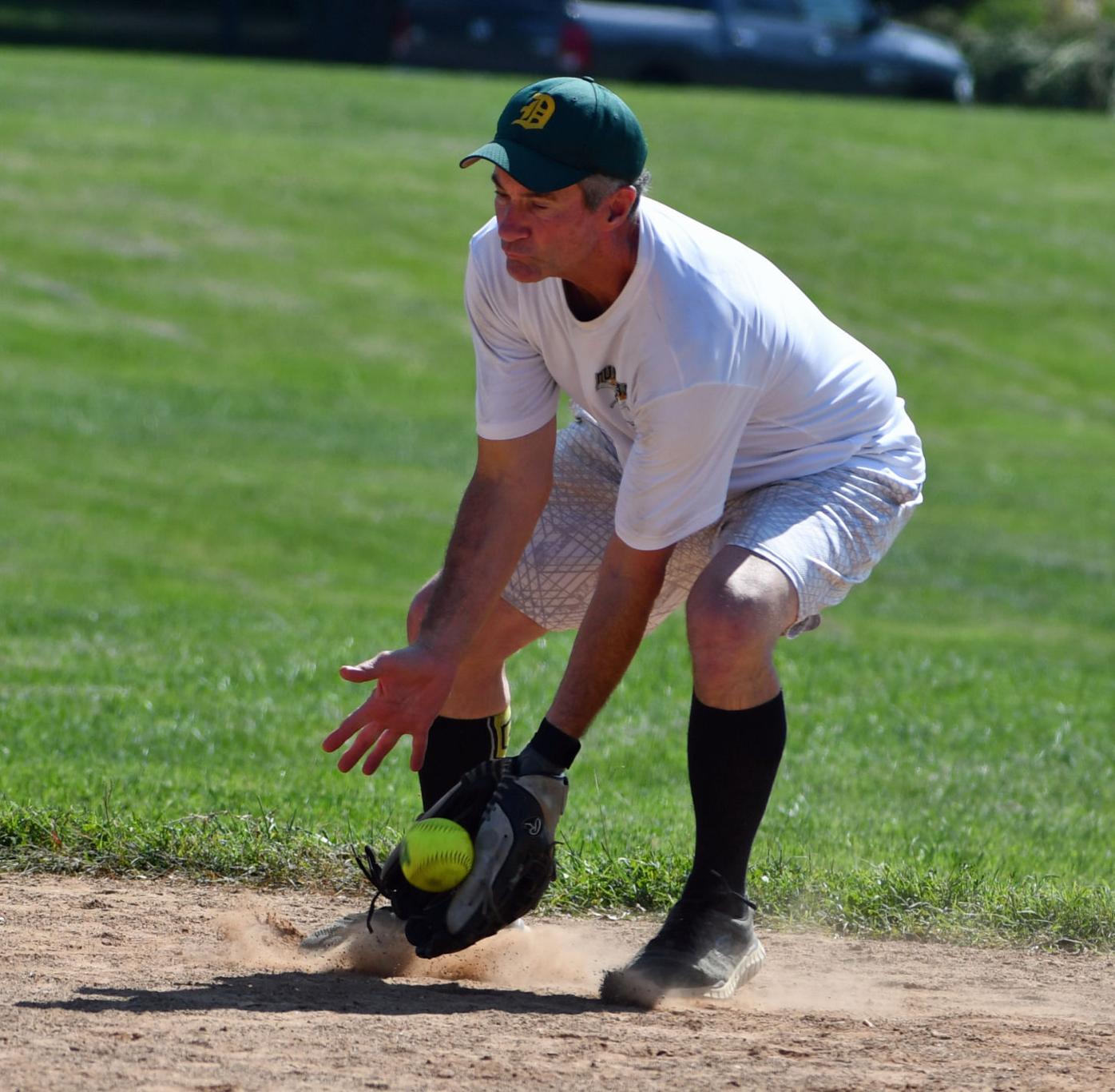 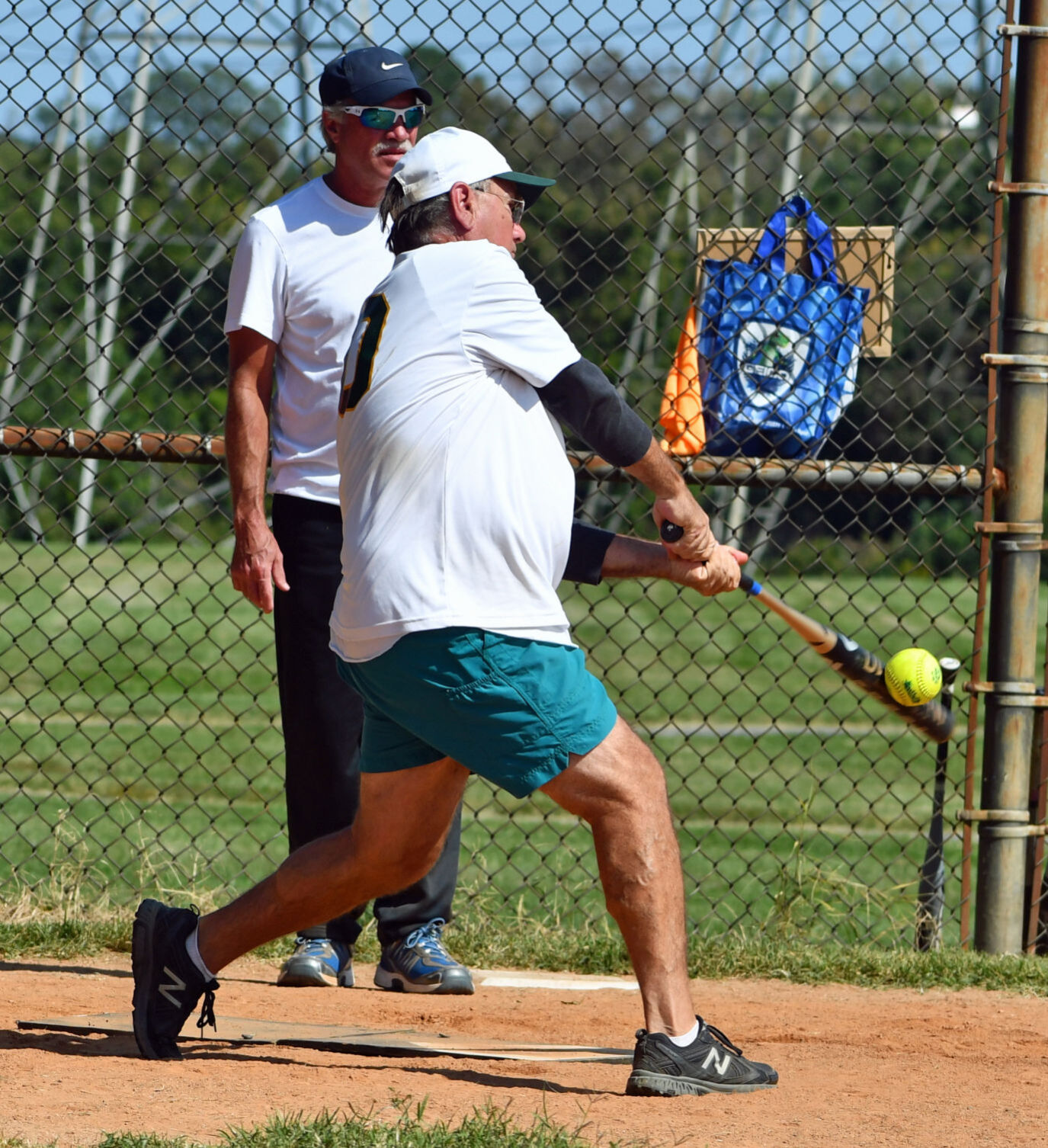 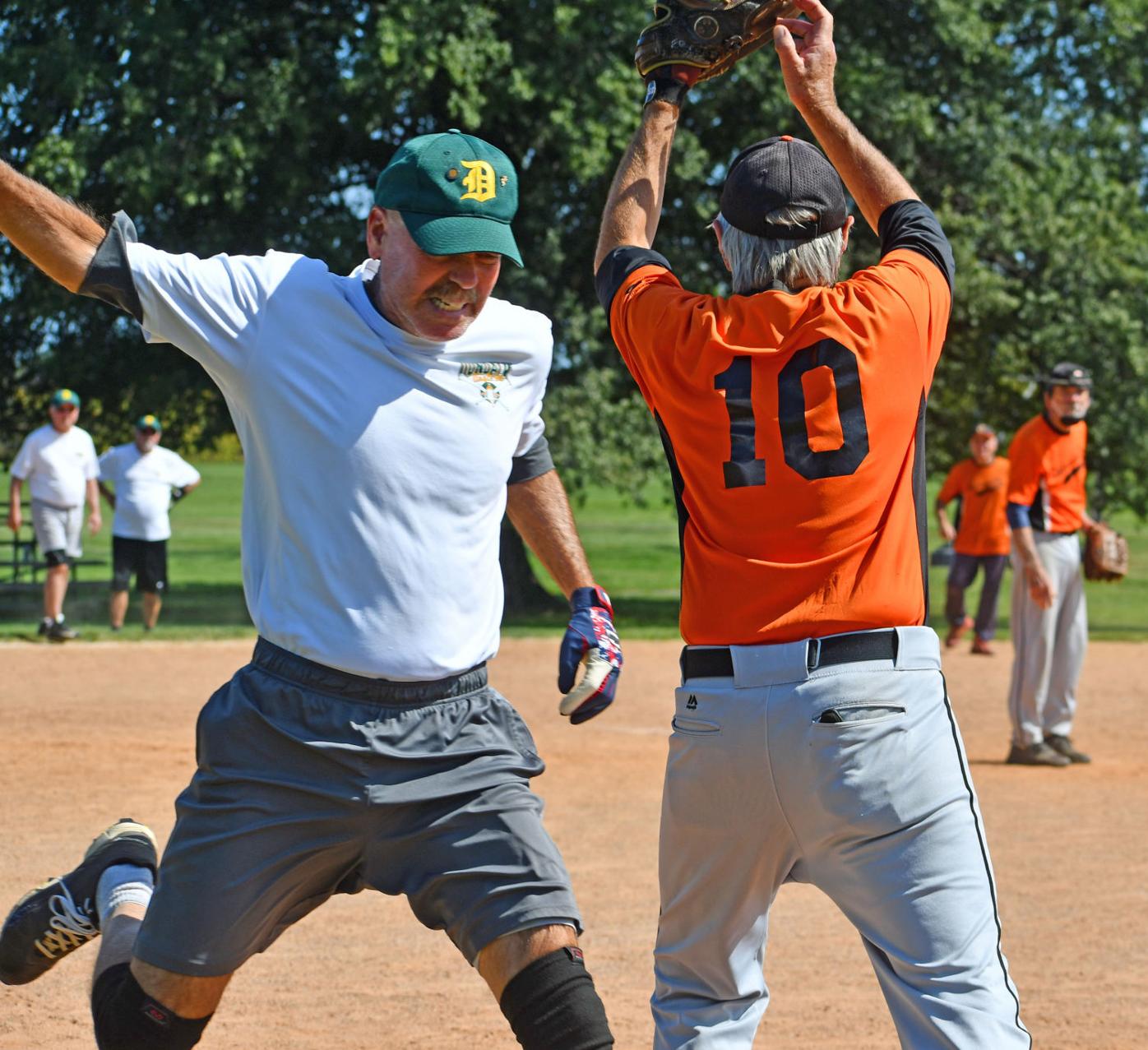 Tom Montgomery tries to beat out a throw to first.

Tom Montgomery tries to beat out a throw to first.

In the space of three days last week, the Dundalk Senior Softball team turned its season around.

That would the fall season. After the COVID-19 pandemic shut down the Baltimore Beltway Senior Softball League that usually ran from April through August, Dundalk and five other teams formed a “splinter league” that started in July.

When that abbreviated season ended n early September, the teams decided to immediately begin a fall season rather than hold a postseason tournament for the summer season.

After winning the summer season, Dundalk found itself with a 2-6 record in the fall.

Two doubleheader sweeps last week changed that, evening Dundalk’s record at 6-6 and putting them n the running for first place.

All four games were at Stansbury Park.

The team then swept Kingsville on Monday 14-8, 14-1 to extend its winning streak to six games and raise its record to 8-6 with doubleheaders remaining on Wednesday and Monday.

The closest game of the first two sweeps had Dundalk edging Catonsville with two runs in the bottom of the sixth inning in September 23’s first game.

Trailing 10-9 entering the inning, Dundalk got singles from Ricky Barnes and Danny Bandy to lead off the inning.

A flyout and a forceout at third, followed by an infield single by Tom Montgomery loaded the bases with two outs.

The tying and winning runs then scored on an error by the Catonsville third baseman.

The visitors went down in order in the top of the seventh.

Dundalk led 9-5 after five innings, only to have Catonsville score five runs in the top of the sixth.

Catonsville had led 5-3 entering the bottom of the fourth, when Dundalk scored five runs.

(By Senior Softball rules, five runs is the maximum a team can score per inning until the seventh inning.)

In the second game of the doubleheader, Dundalk scored five runs in the first inning and four runs n the second inning while cruising to an easy win.

The two games against Bowie both saw Dundalk rallying late before winning.

Bowie led 7-1 after the first three innings of the first game, and 7-2 entering the sixth inning.

Dundalk loaded the bases in the top of the seven with no outs as James Antonakis, Bandy and Herb Amey all reached base.

After a forceout at the plate, Dundalk received run-scoring hits from Phil Biedronski, Terry Cook, Randy Roberts and Warner Wamsley.

Dundalk led 13-12 entering the seventh inning, when it scored 10 runs because it was the seventh.

Dundalk sent 15 batters to the plate during that 10-run inning, with 10 hits and three Bowie errors.