Gena Tomko of Chesapeake fields a serve against Sparrows Point. 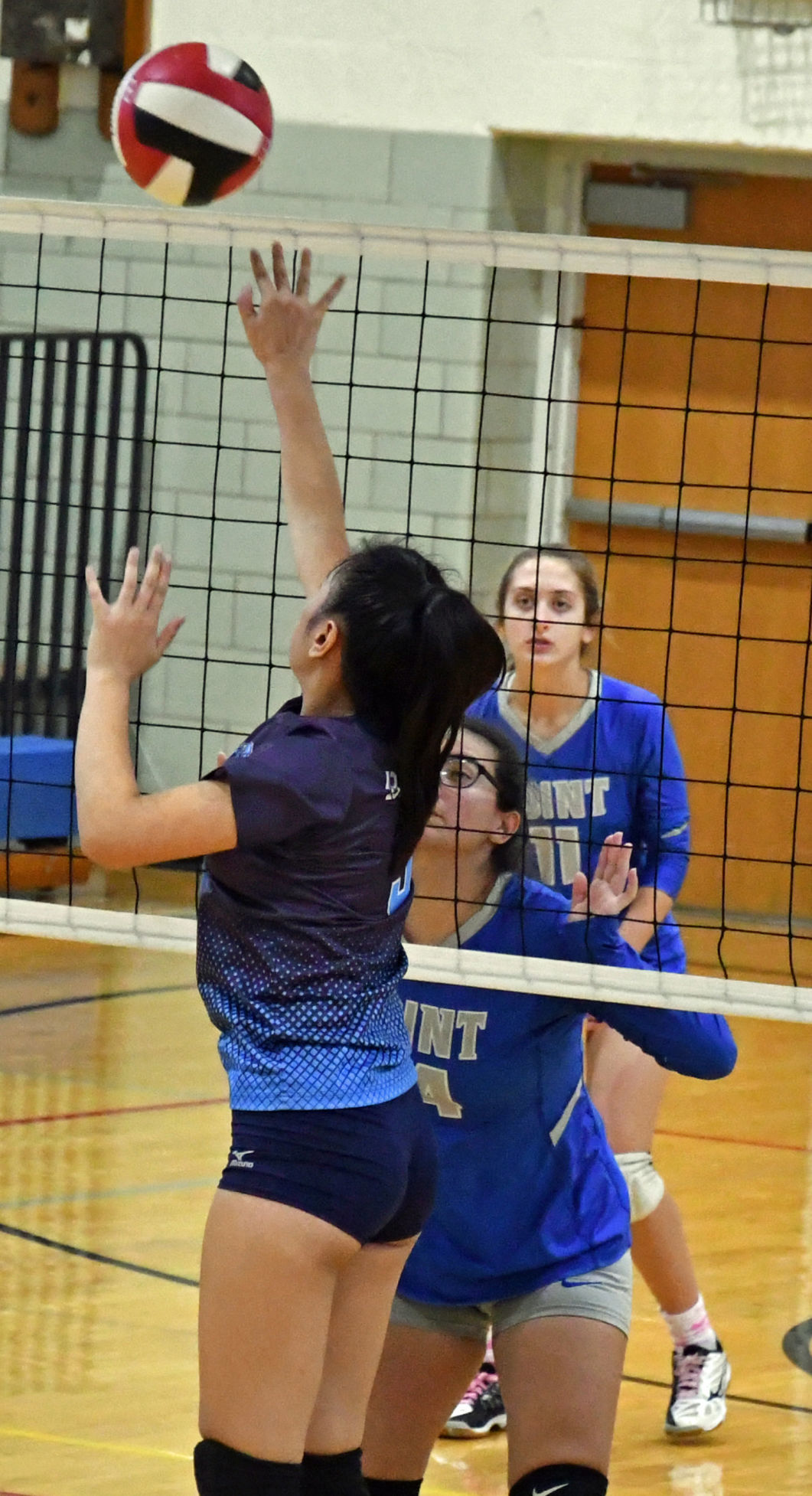 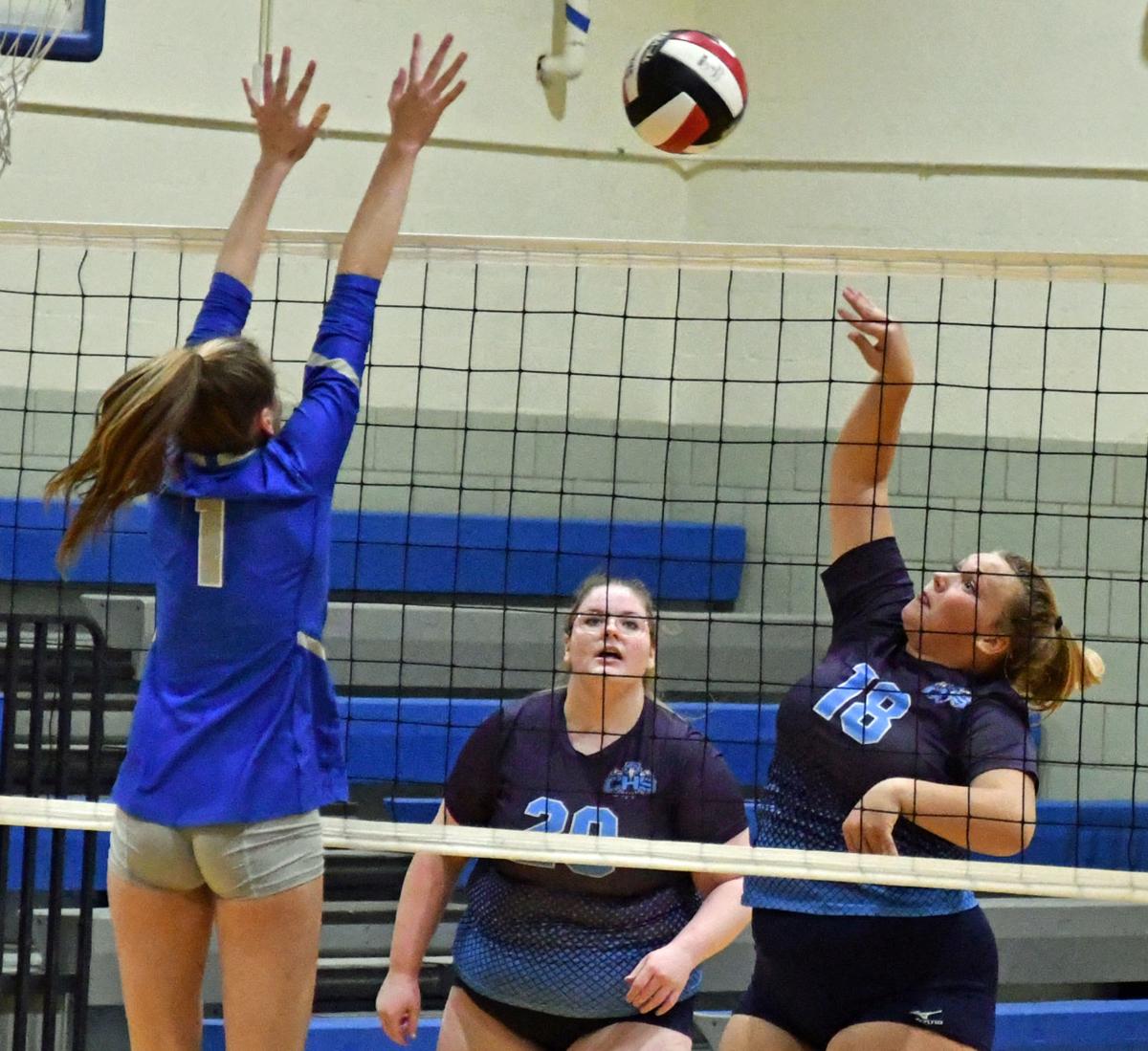 Maeghan Golt spikes the ball against Sparrows Point in the regional playoffs.

Gena Tomko of Chesapeake fields a serve against Sparrows Point.

Maeghan Golt spikes the ball against Sparrows Point in the regional playoffs.

The Chesapeake volleyball team, after a winless regular season, upset Southwestern in the opening round of the Class 2A North Regional tournament.

Eastern Tech (8-8) advanced to the Class 2A North Region I final by sweeping Randallstown on Thursday and sweeping host Milford Mill on Monday.

The Mavericks were to host Carver A&T (7-9) on Wednesday, with the winner advancing to the Class 2A state quarterfinals.

Kenwood (14-3) opened the Class 3A North Region II tournament by beating Aberdeen in four sets, then was swept by visiting C. Milton Wright on Monday.

Kenwood and Eastern Tech were both blanked in their regular-season finales to finish with losing records.

Both teams, however, still earned playoff berths in their respective regions.

The Bluebirds, at least, don’t have to face the time that just crushed them.

Kenwood (4-5) lost to visiting Parkville 37-0 on Friday. The Bluebirds are seeded eighth in the Class 3A North Region playoffs and will take on top-seeded Mervo (9-0) on Friday at 6 p.m.

Should the Bluebirds spring an upset, the will face the Towson-City winner in the regional semifinals.

The Eastern tech-New own winner will advance to face either Hereford (6-3) or Patterson (5-4) in the semifinals.