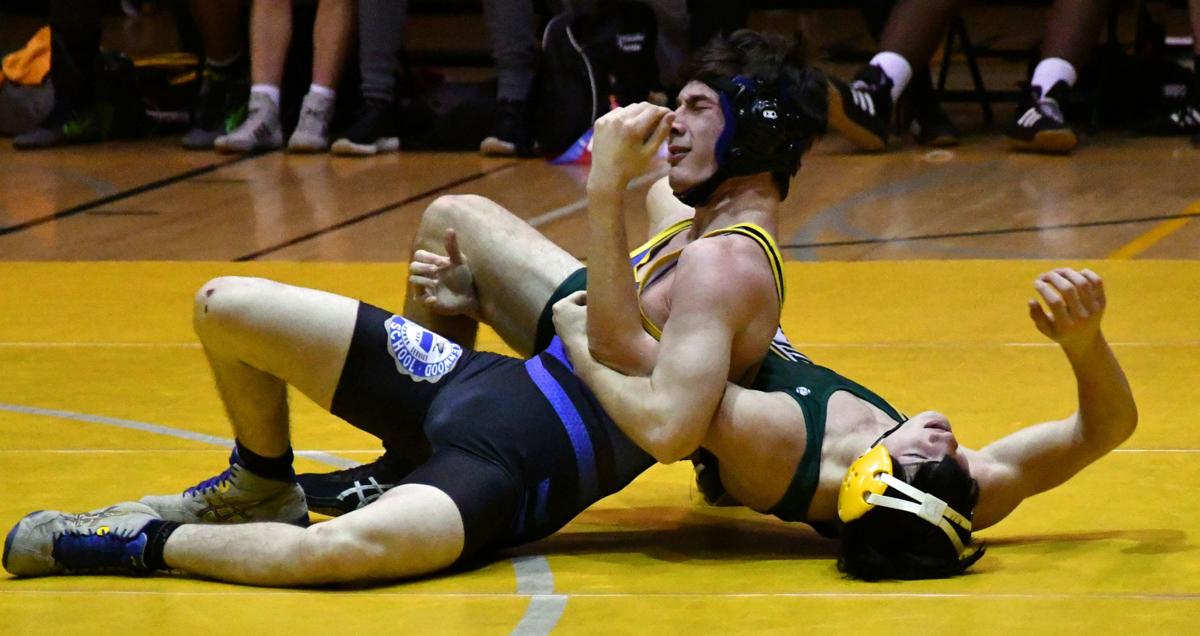 Ethan Miller of Kenwood got off his back to record a critical 13-12 win over Dundalk’s Nathan McAlister. 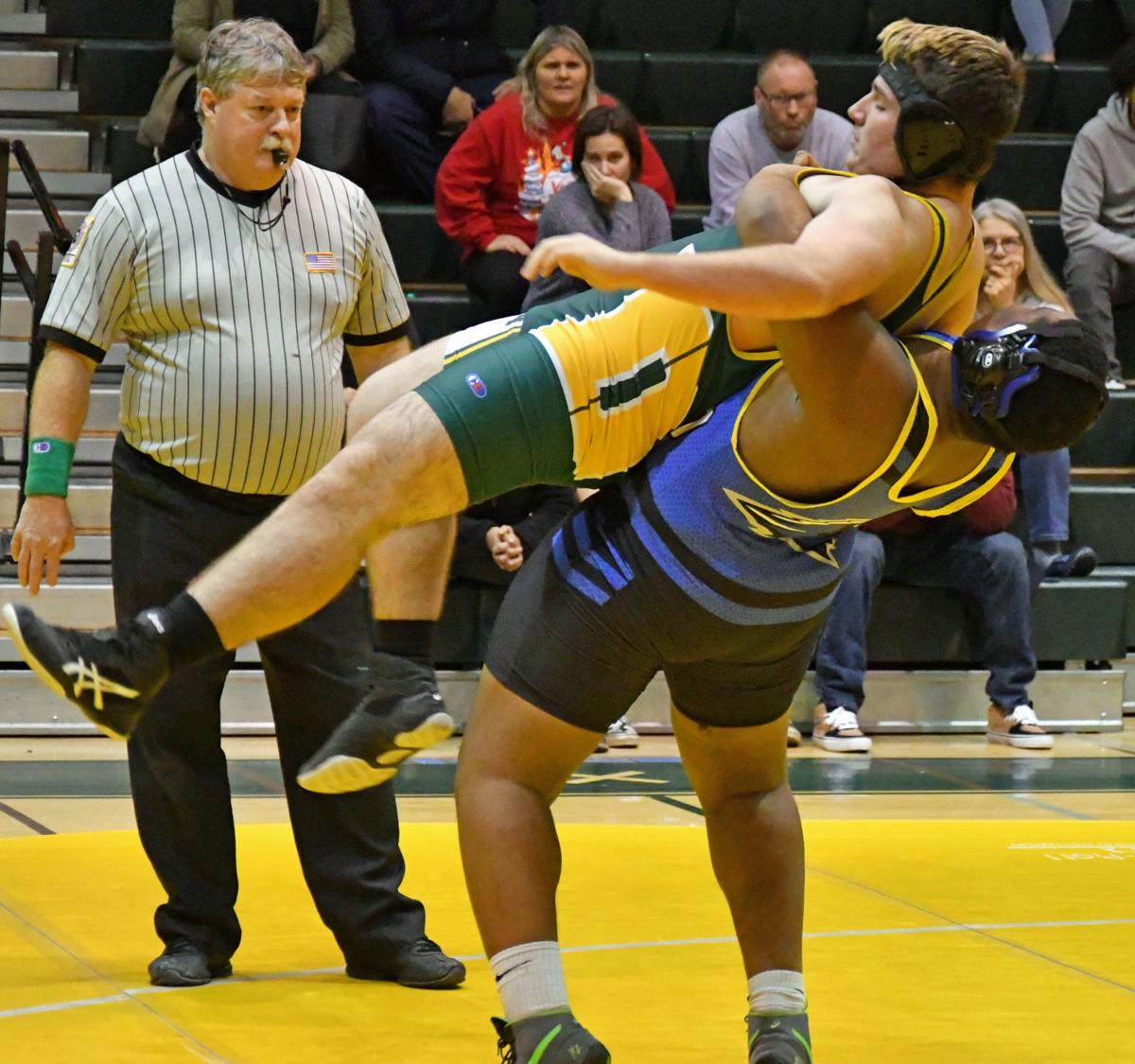 Nick Kaindoh’s victory at heavyweight clinched a 36-29 win over Dundalk for Kenwood. 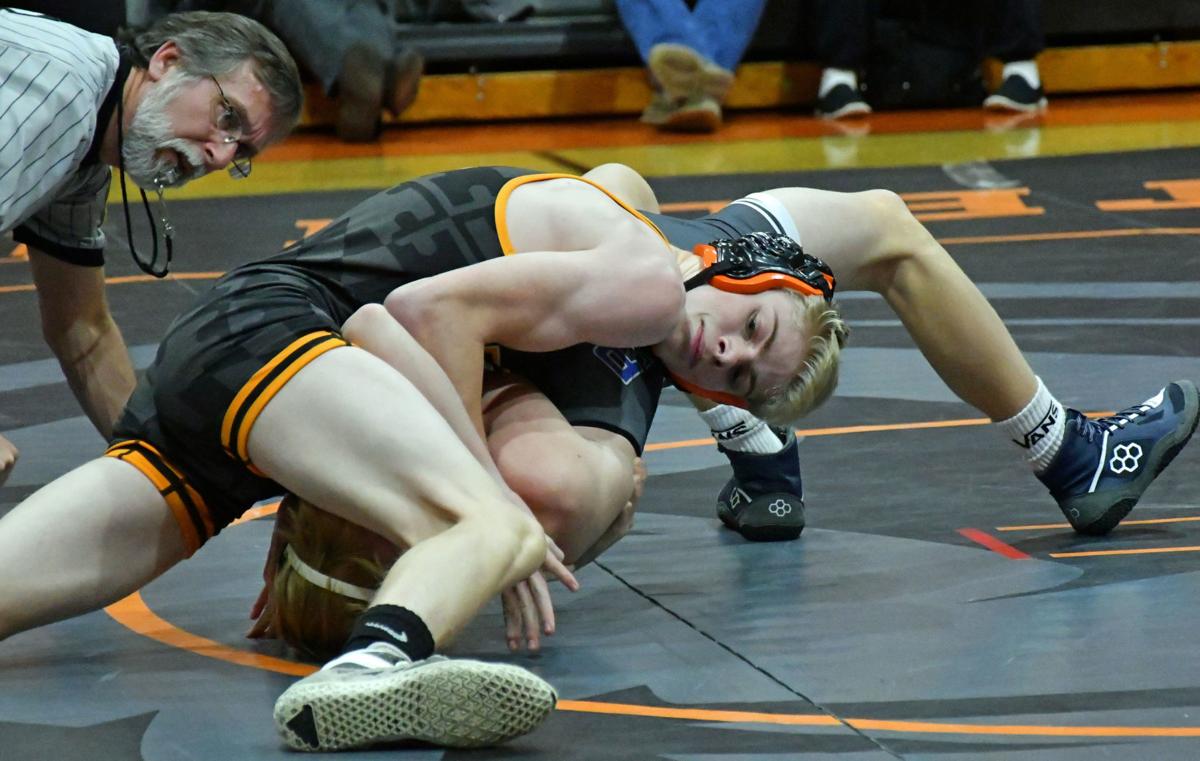 Matt haines scored a major decision for one of Eastern Tech’s few bright spots in a loss to Sparrows Point.

Ethan Miller of Kenwood got off his back to record a critical 13-12 win over Dundalk’s Nathan McAlister.

Nick Kaindoh’s victory at heavyweight clinched a 36-29 win over Dundalk for Kenwood.

Matt haines scored a major decision for one of Eastern Tech’s few bright spots in a loss to Sparrows Point.

The Bluebirds beat the Owls 36-29. on a pin by Nick Kaindoh at heavyweight.

Kaindoh led 3-2 after the first period, getting a takedown and then an escape after a reversal by Dundalk’s Ryan Riddell.

After a takedown to extend his lead to 5-2, Kaindoh caught and pinned Riddell in 2:33.

“We lost 18 kids from last year, but we should still be at the same level,” Kenwood coach Will Richter said. “I think we should qualify for the regional duals tournament again.

“We won’t beat the C. Milton Wrights, Bel Airs and Franklins, but I think we can take nine wrestlers to the [individual] regional tournament.”

Ethan Miller won a grueling 13-12decision over Dundalk’s Nathan McAlister at138 pounds to give Kenwood a 15-12 lead.

Both wrestlers had opportunities to get a pin, but couldn’t finish. Miller led 5-3 after the first period on two takedowns and an escape, and led 10-9 entering the third period on three escapes and a takedown.

Miller escaped to start the third period, was taken down, but scored a reversal for the eventual winning points.

Dundalk won a decision at 160 and got a pin at 170 to cut Kenwood’s lead to 24-20 (Dundalk was assessed a team penalty point for unsportsmanlike conduct).

Charles Huntley III’s pin at 180 set the Bluebird’s up for Kaindoh to clinch the match at heavyweight.

The third bright spot was the 54-28 win over New Town, the third team at the tri-match.

“We have too many new kids to think about beating Sparrows Point,” Maverick coach Kevin Cross said. “We should be pretty competitive with other teams.”

Eastern Tech is keeping several underclassmen on varsity instead of leaving them on jayvee.

“We’re giving them a look at the future where they’re supposed to be,” Cross said. “That’s where you want to be, and you’ve got to work to get here.”

The Mavericks got pins from Andy Doung (182), Christian Livick (160) and Cameron Ziolkowski (152) against New Town.