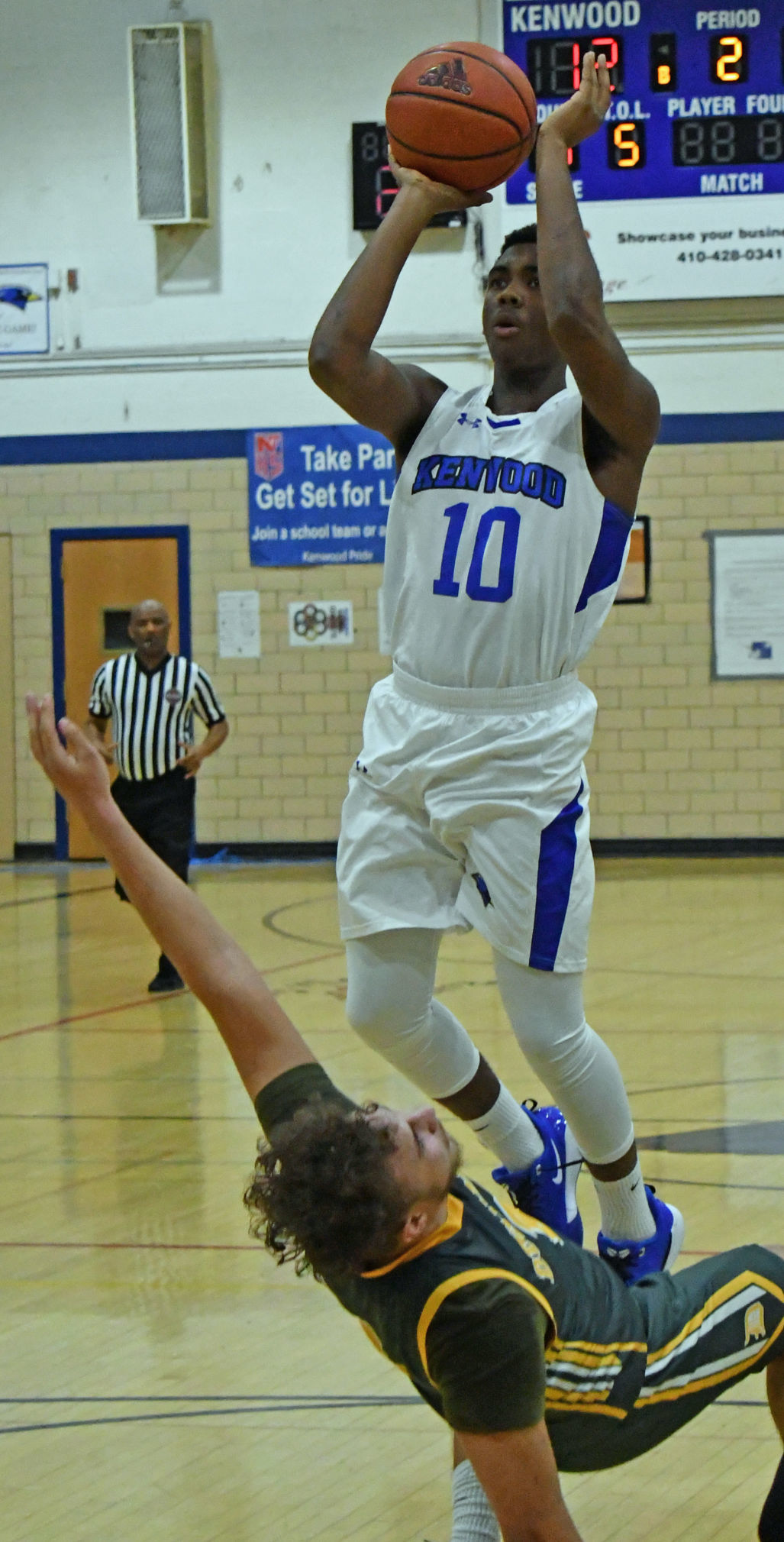 Jyairre Anderson of Kenwood scored the Bluebirds’ last eight points as Kenwood held off Dundalk 52-51 on Monday. He finished with 15 points. 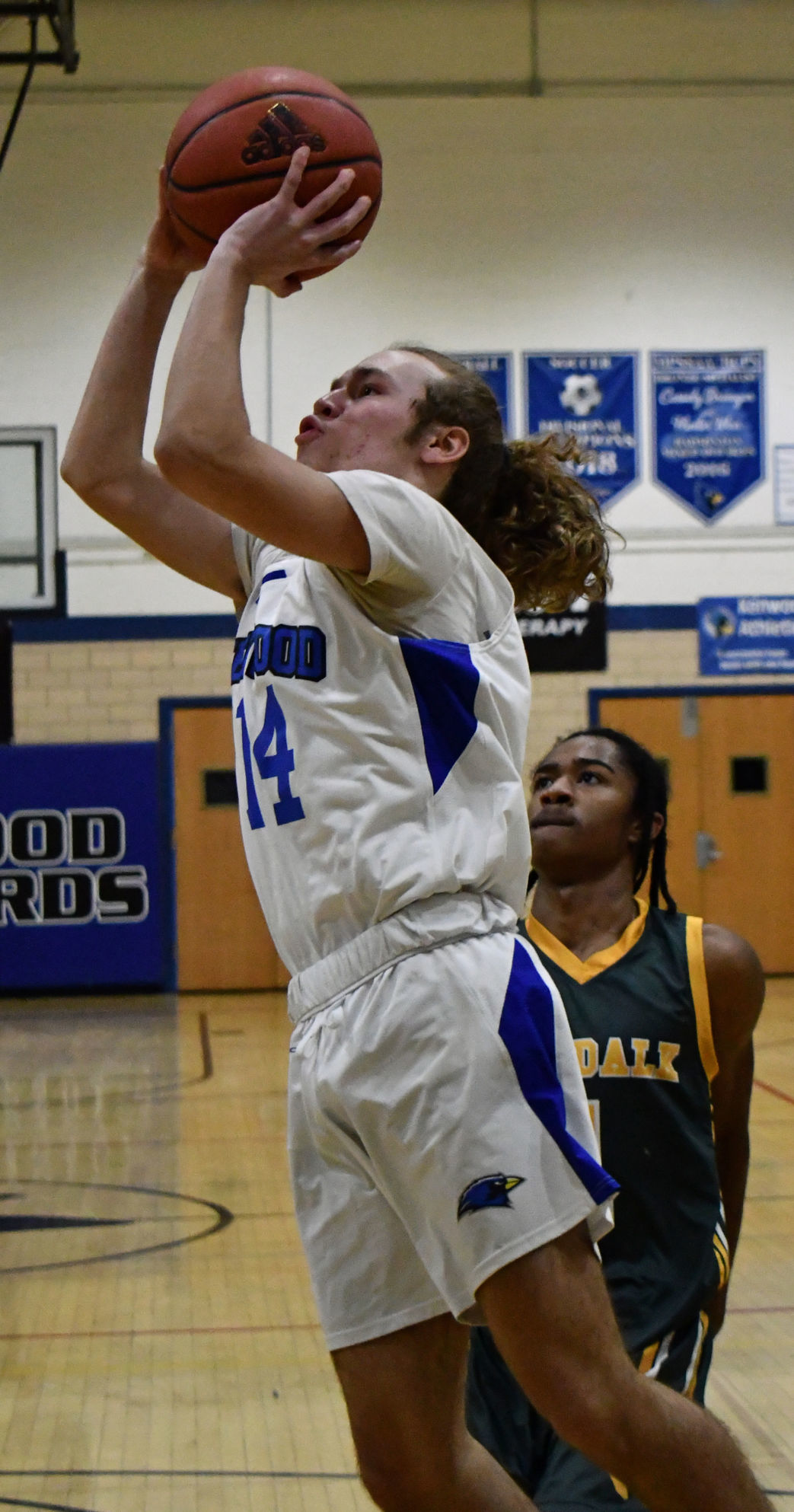 Jyairre Anderson of Kenwood scored the Bluebirds’ last eight points as Kenwood held off Dundalk 52-51 on Monday. He finished with 15 points.

The new decade has been a good one for the Kenwood boys basketball team.

After opening the season with five straight losses, the Bluebirds are undefeated in the year 2020 to raise their record to 3-5.

The latest was a nerve-wracking 52-51 win over visiting Dundalk on Monday.

Leading 44-36 early in the fourth quarter, Kenwood had to withstand an 8-0 Owl run that tied the score, overcome its own poor shooting at the foul line, and then get a little luck.

“It’s a product of the kids working very hard,” Kenwood coach Predrag “Pretz” Durkovic said of both the win over Dundalk and the three-game winning streak. “They’re starting to understand certain things.

Everything is based on playing solid defense and being unselfish on offense.”

After the Owls tied the score 44-44 with 4:47 remaining in the game, Jyairre Anderson responded by ending a nearly three-minute Bluebird scoring drought with a three-pointer.

Anderson, who would score Kenwood’s last eight points, followed that with an underhanded layup and then a putback to give the Bluebirds ahead 51-47 lead with 2:06 remaining.

A Dundalk free throw and a basket made the score 52-50 with 21 seconds to play. The Owls then went to the line with eight seconds remaining with an opportunity to tie the score.

The Owls Marcus Nicholson made the first free throw and missed the second — but the rebound went to Dundalk.

The Owls inbounded the ball from under the basket. Before they could get off a shot, Kenwood pressure on the ballhandler forced him to step on the baseline.

The Bluebirds were able to run out the final seven seconds.

“We just tried to be smart, move with the ball,” Durkovic said. “We knew they were going to try to foul.”

Kenwood, which shot nine-for-22 from the foul line, did not want to be sent to the line in that situation.

Anthony Ortiz had two three-pointers during the 10-0 run, and also had a layup to account for eight of the points.

Kenwood took a 32-29 lead into halftime, then held the Owls to one field goal in the third quarter.

But despite three-pointers from Anderson and Ortiz, Kenwood’s offense also sputtered during the quarter and the Bluebirds only extended their lead to 42-36.

“We’re young and inexperienced, and we’re trying to teach them to play basketball,” Durkovic said. “And we seem to be getting better.”