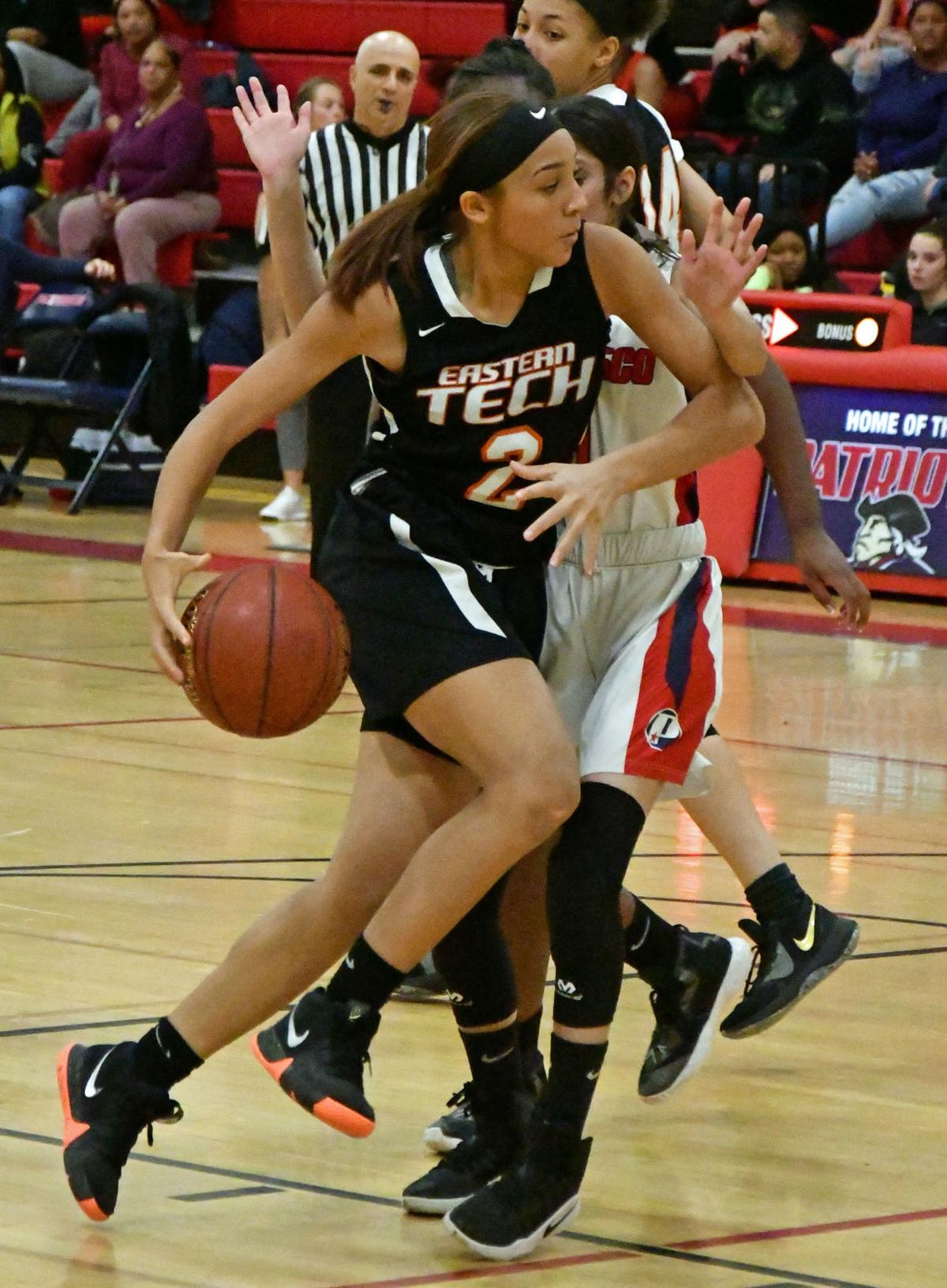 Sydney Edmonds scored all 11 of Eastern Tech’s second-half points during a 23-19 win at Patapsco. 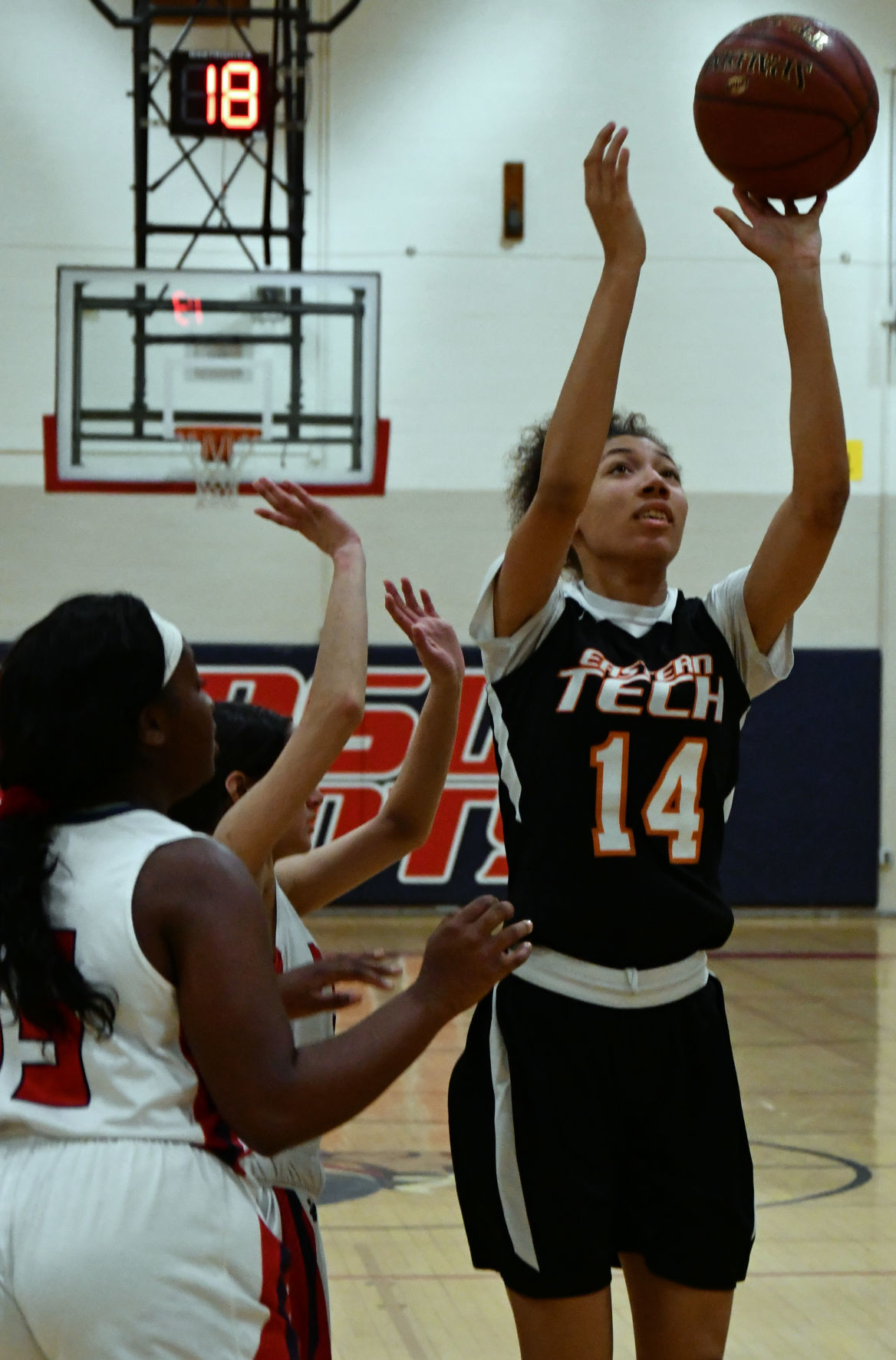 Autumn Burgess puts up a shot during the win over Patapsco. 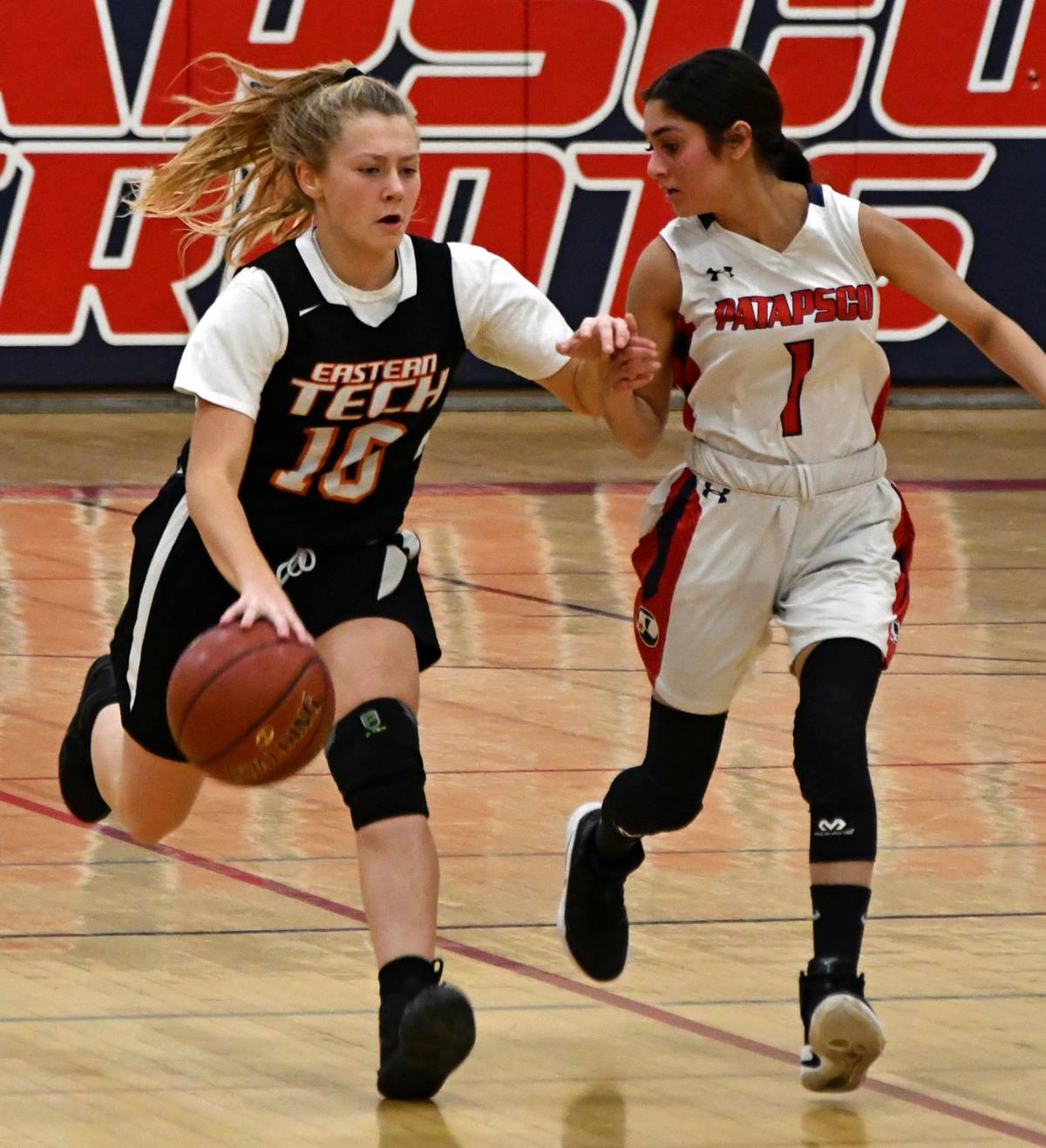 Sydney Edmonds scored all 11 of Eastern Tech’s second-half points during a 23-19 win at Patapsco.

Autumn Burgess puts up a shot during the win over Patapsco.

It wasn’t the prettiest of wins, but the Eastern tech girls basketball team isn’t picky when it comes to victories.

The Mavericks endured in a rough, physical game at Patapsco in the season opener on Friday, beating the Patriots 23-19.

Players seemed to spend as much time on the floor as the ball did, fighting for possession as the officials appeared content to signal jump balls rather than fouls as both sides swarmed ballhandlers and tried to strip the ball.

Trailing 6-5 after the first quarter, Eastern Tech shut out Patapsco in the second quarter and took a 12-6 lead into halftime.

The mavericks went nearly five minutes without scoring before a jumper by Sydney Edmond.

Edmond stole the ball on Patapsco’s ensuing possession and drove in for a layup and a 16-15 lead with 3:22 remaining in the quarter.

Eastern Tech held that lead for the rest of the game.

Edmond added a free throw to account for all the Mavericks’ points in the third quarter, which ended with Eastern Tech leading 17-15.

After the end of its 9-0 run, Patapsco would not score again until five minutes were left in the game, making the score 21-17, Mavericks.

Eastern Tech, leading 23-17, was shut out over the last 4:20 of the game but the defense kept the Patriots at bay.

“We have some really good athletes,” Eastern Tech coach Alexis Washington said. “We lack a little in size, but we make up for it with athleticism.

“We have some good skill sets, and we’ll get better as the season goes on. We have enough pieces to be competitive this season. We, at least, want to double our wins from last season.”

Edmond, who scored all 11 of Eastern Tech’s second-half points, finished with 12 points to lead all scorers.

The Mavericks were to host Glen Burnie on Wednesday and Carver A&T on Dec. 18.

Eastern Tech’s boys basketball team lost to visiting Patapsco on Friday, 61-58, while the wrestling team opened with a 46-36 win over visiting Milford Mill on Thursday.