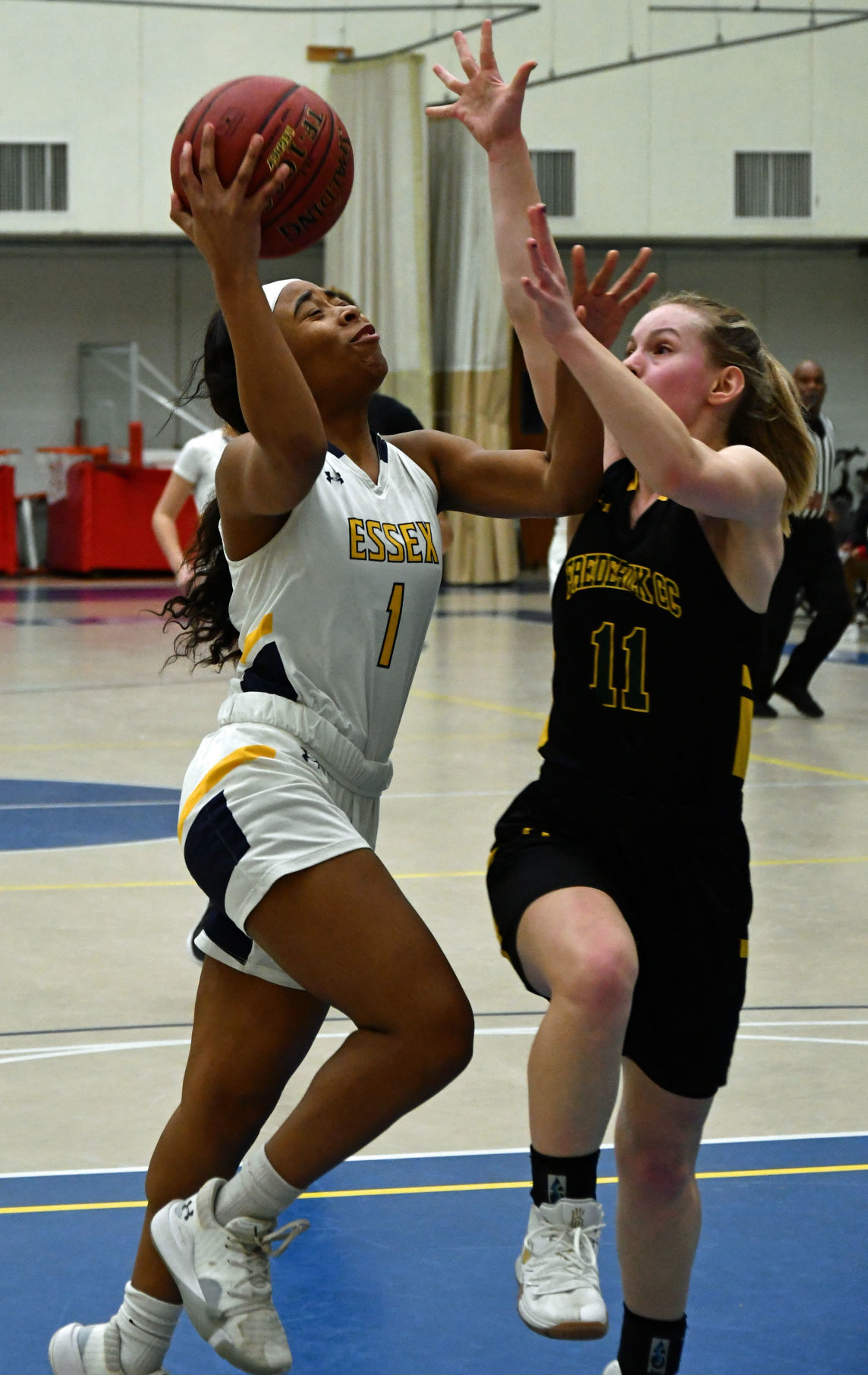 Maciyah Washington braces for impact as she is fouled while driving to the basket. 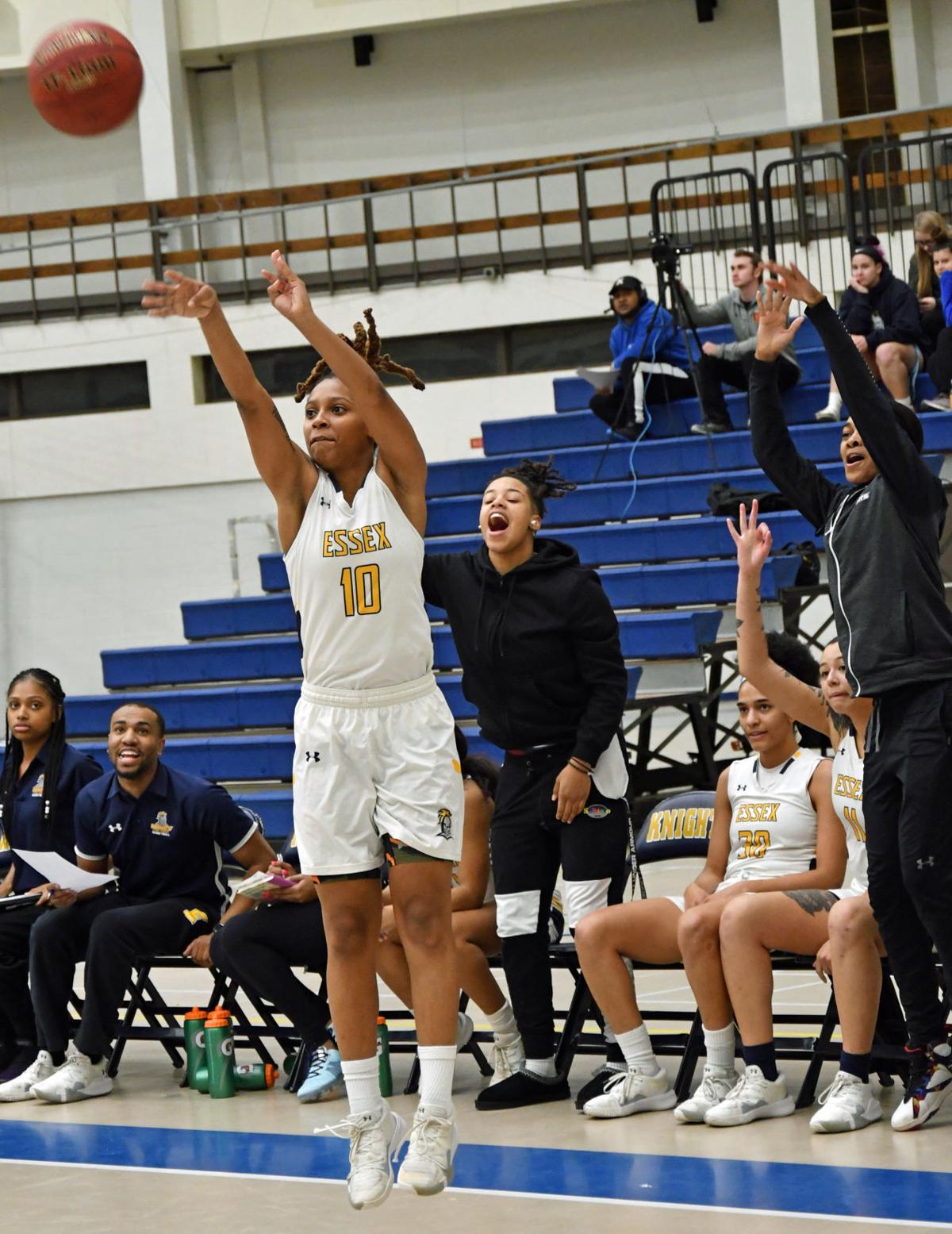 Kasey Gagen scored 40 points during a recent win over Prince George’s and added 16 more in a 100-55 rout of Frederick Community College on Friday.

Maciyah Washington braces for impact as she is fouled while driving to the basket.

Kasey Gagen scored 40 points during a recent win over Prince George’s and added 16 more in a 100-55 rout of Frederick Community College on Friday.

The CCBC Essex women’s basketball team rolled to its 10th straight win and continued its domination of the Maryland JuCo League with a 100-55 victory over visiting Frederick Community College on Friday.

The Knights are 21-2 overall, 7-0 in the Maryland JuCo league. Essex is averaging 98 points against league opponents and has surpassed 100 points four times in seven games.

A come-from-behind 67-63 win at defending champion Harford Community College is the only conference win by fewer than 24 points. Conference opponents are averaging 64 points against Essex.

Frederick brought a 12-5 record into the game, 5-1 in the conference. Last month, the Cougars hung with Essex in a 79-63 loss during the Title IX Tournament in Washington D.C. (which didn’t county in the conference standings).

Frederick played at a handicap this time around, dressing only five players due to injuries and illness.

The game quickly got out of hand. From a 7-3 lead in the opening minutes, Essex scored on five straight possessions to extend its lead to 21-5.

The Knights hit four three-pointers during that run: two by Kasey Gagen and one each by Mya Moye and Kendal Haggerty.

Essex eventually buried the Cougars under a barrage of three-pointers, finishing the game 19-for-58 from behind the line.

“Three-point shots are our bread-and-butter,” Essex coach Mike Seney said. “We’re trying to attempt at least 35 a game, make about 12 or 13. We made 19 today, a school record.”

Essex has its sights set higher than winning the Maryland JuCo league, so Seney still sees room for improvement.

“I like where we are offensively,” he said. “The players have been getting in the gym, and you can see the results. Now I hope our defense catches up soon.

“As a staff, we want to see the defense become more proactive than reactive. We want to see more movement on defense. We’re not far off.”

Essex is ranked 14th in the NJCAA Division II. The Knights will host Lackawanna College on Feb. 19. Lackawanna was in the “others receiving votes” section this week.

In addition to Lackawanna, the remaining home games are against Garrett College (Feb. 5) and College of Southern Maryland (Feb. 26).