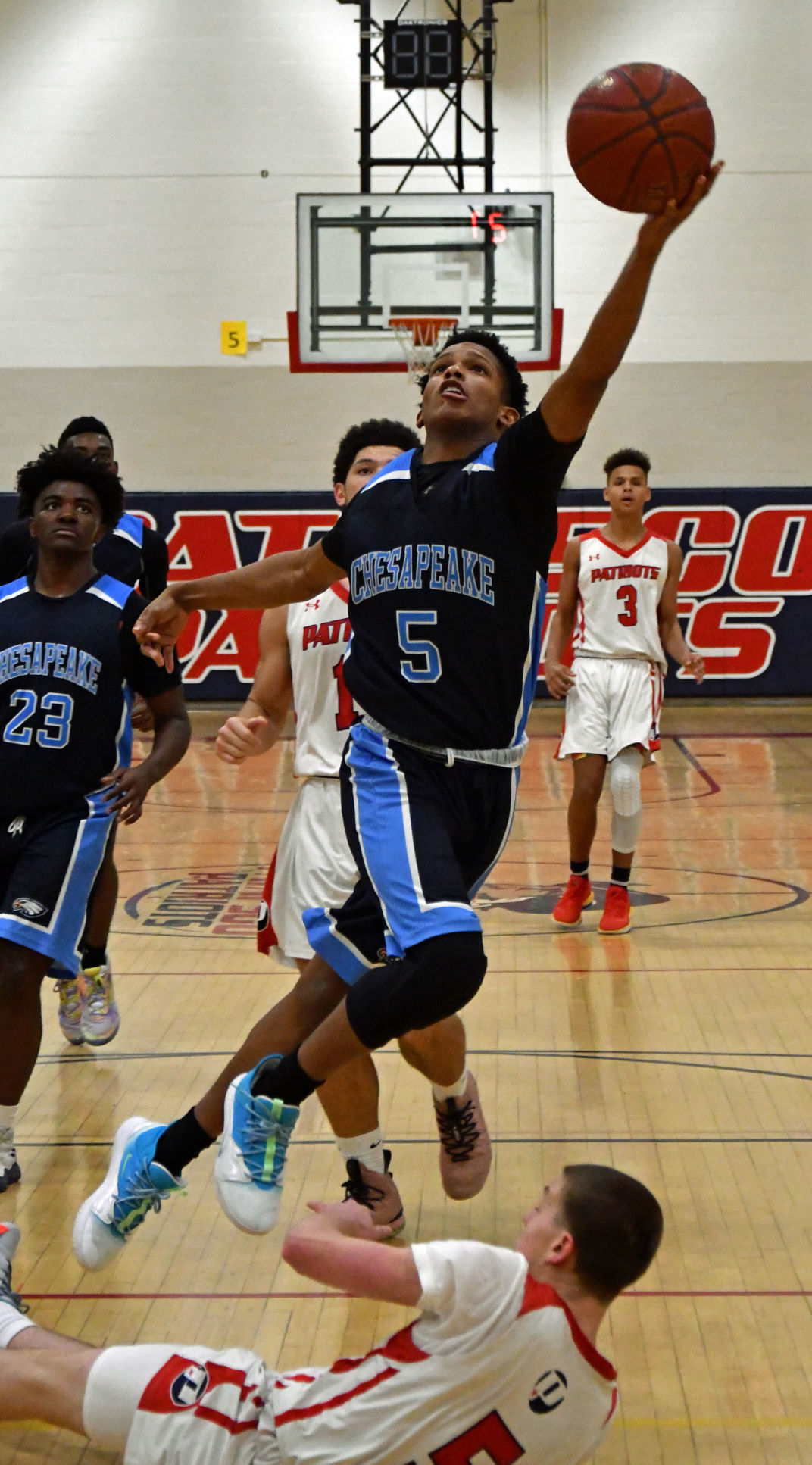 Donnell Wells soars over Patapsco’s Dominic Rodgers for a shot. 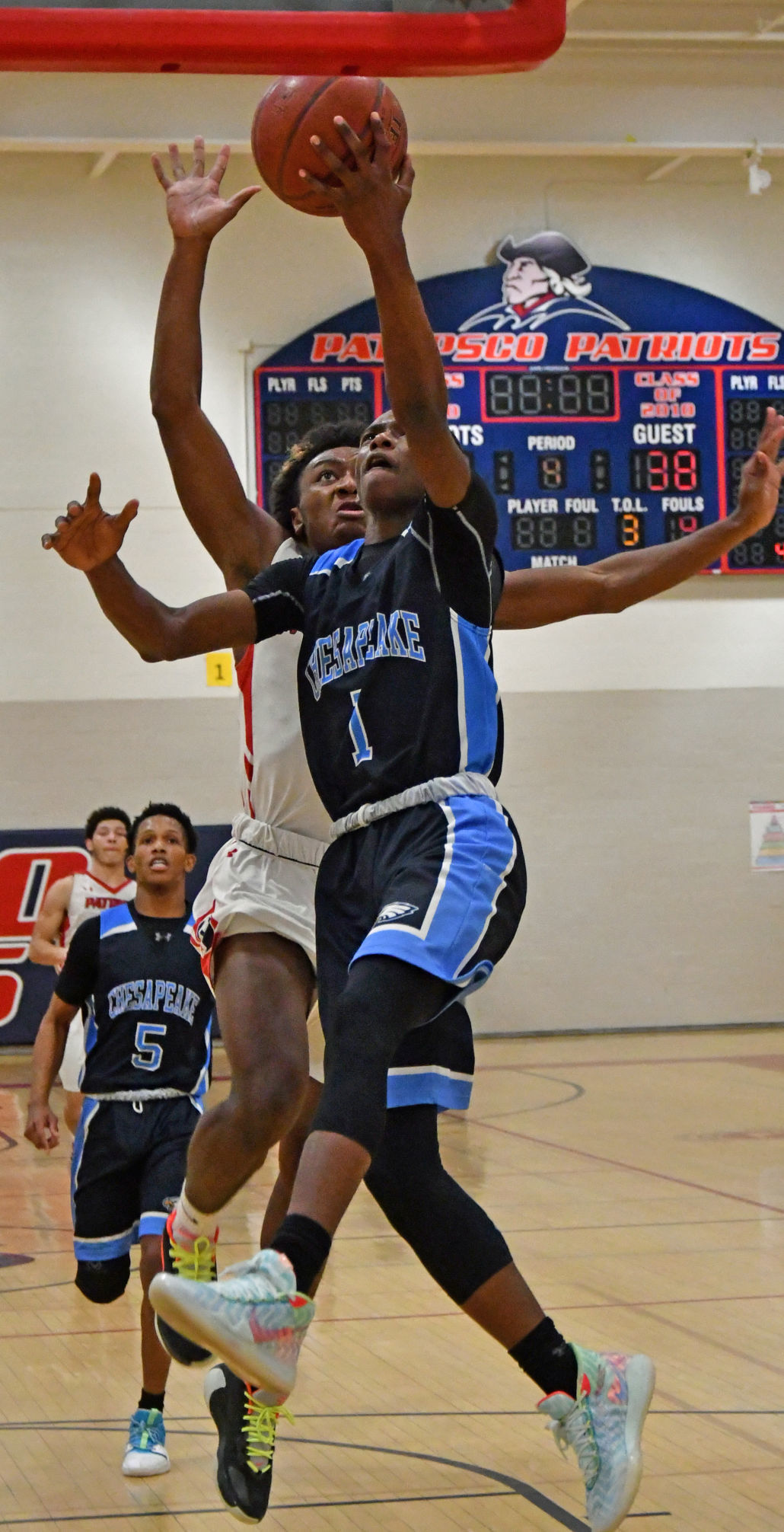 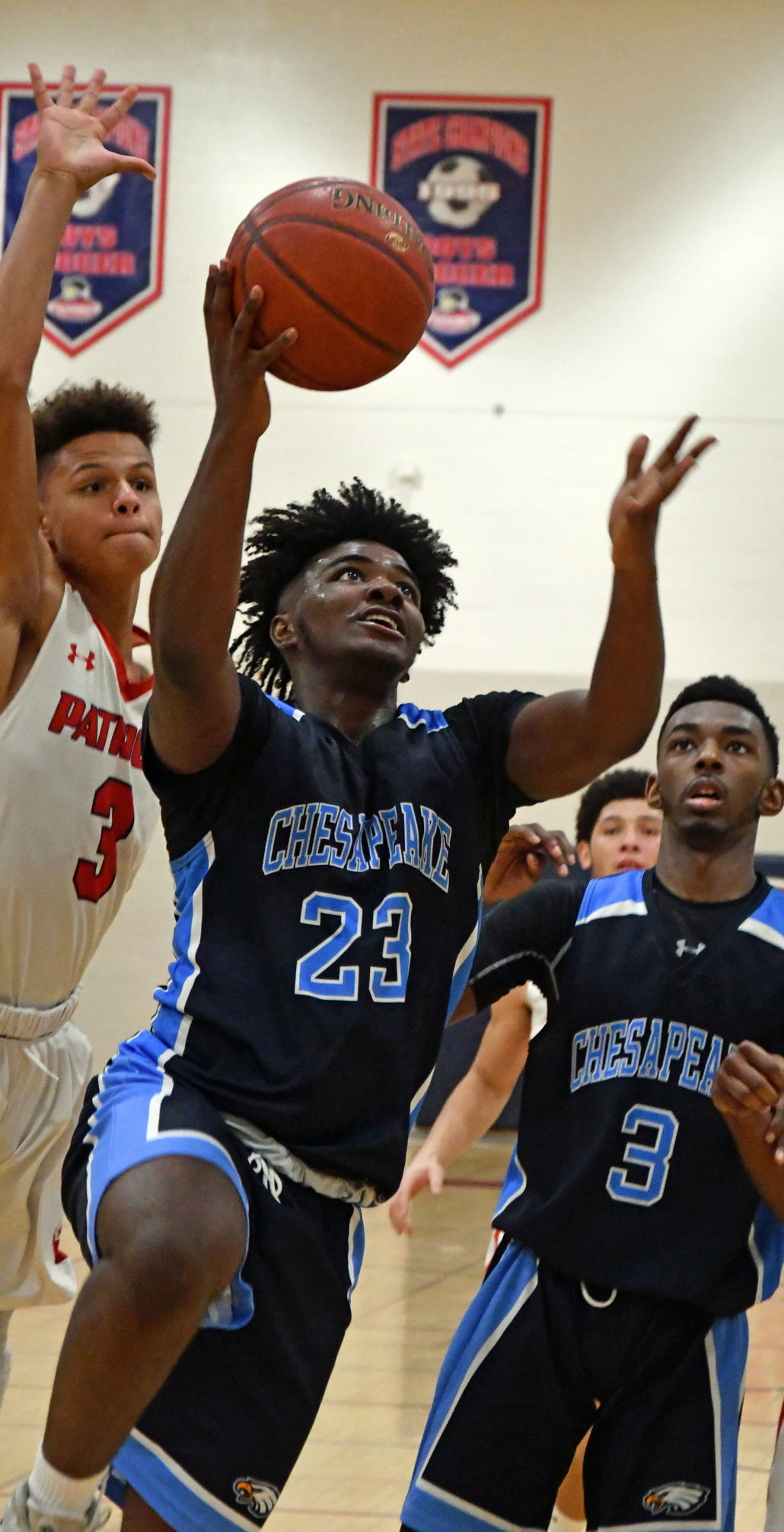 Jared Pack drives to the basket for two of his 18 points against Patapsco.

Donnell Wells soars over Patapsco’s Dominic Rodgers for a shot.

Jared Pack drives to the basket for two of his 18 points against Patapsco.

Chesapeake ended the game with a 12-0 rn over the last two minute with Patapsco leading 41-40.

The Bayhawks first scored nine unanswered points to turn a 35-29 deficit into a 38-35 lead. The press produced two steals and forced another turnover during the surge.

Jared Pack, the Bayhawks’ only returning starter from last season’s 16-4 team, carried Chesapeake most of the way with 18 points.

The Bayhawks were using a 2-2-1 press, and “we saw that they struggled with it,” Solomon said. “They barely handled the 2-2-1, so when we put someone on the ballhandler, it was a whole new ballgame.”

For most of the game, it appeared the Patriots would extend their surprising start to 3-1 while dropping Chesapeake to 1-2.

The lead changed hands seven times, with five ties, in the first half. Patapsco, however, looked ready to assert itself n the third quarter.

Two three-pointers and a pair of free throws by Patapsco gave the Patriots a 31-25 lead midway through the third quarter.

The Bayhawks scored only fourth points in the quarter and trailed 33-27 entering the final eight minutes.

Still, with just returning starter, Solomon figures this to be a tough year for the Bayhawks after two seasons of high double-digit wins.

“It’s a young team,but we’re doing the right things,” he said. “We play hard. All three of our games so far have been tight, because the guys work hard.

“To be honest, if we win more than five games, I’ll be impressed. We’ve got om big boys coming up, the heavy hitters.”