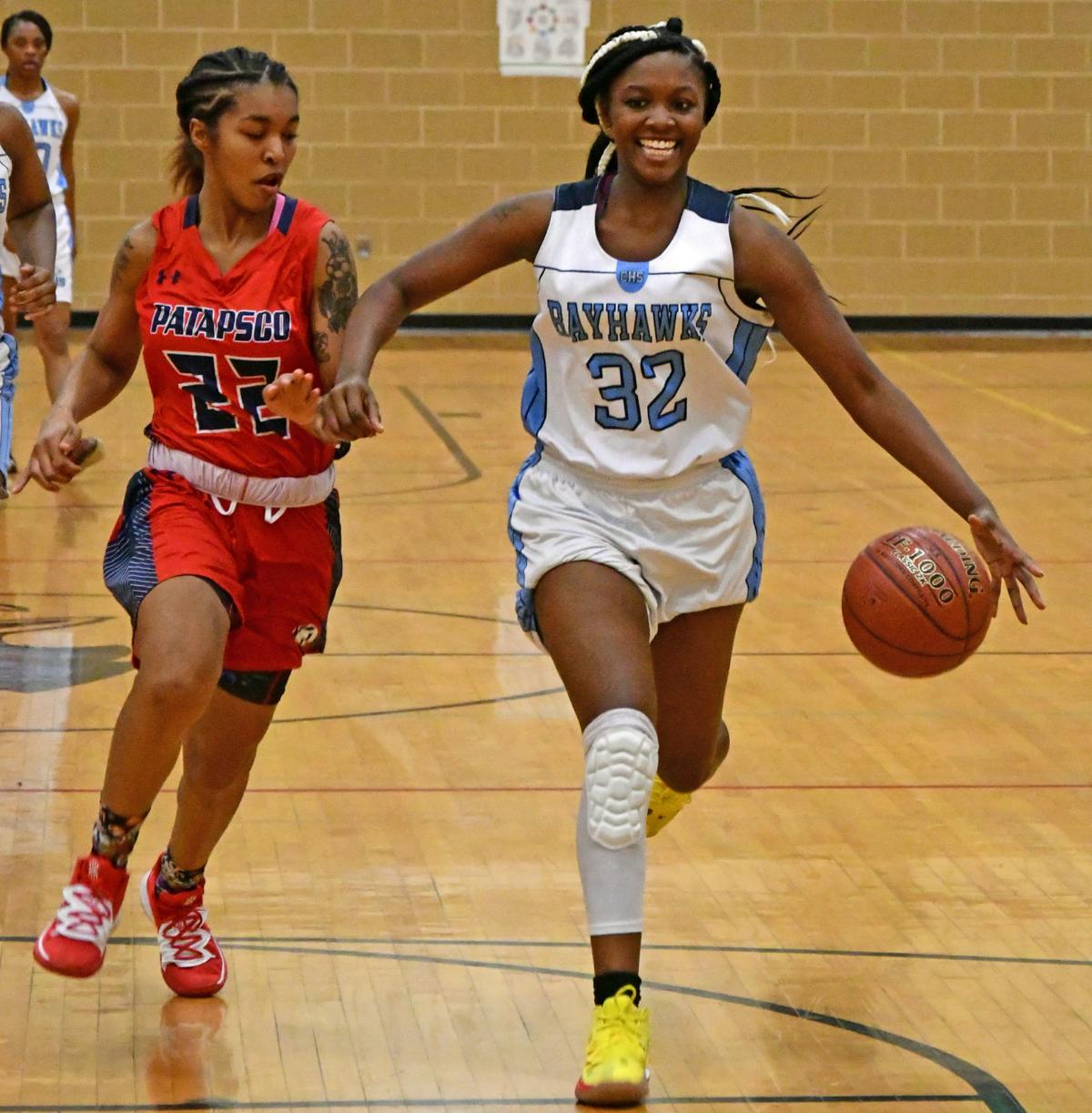 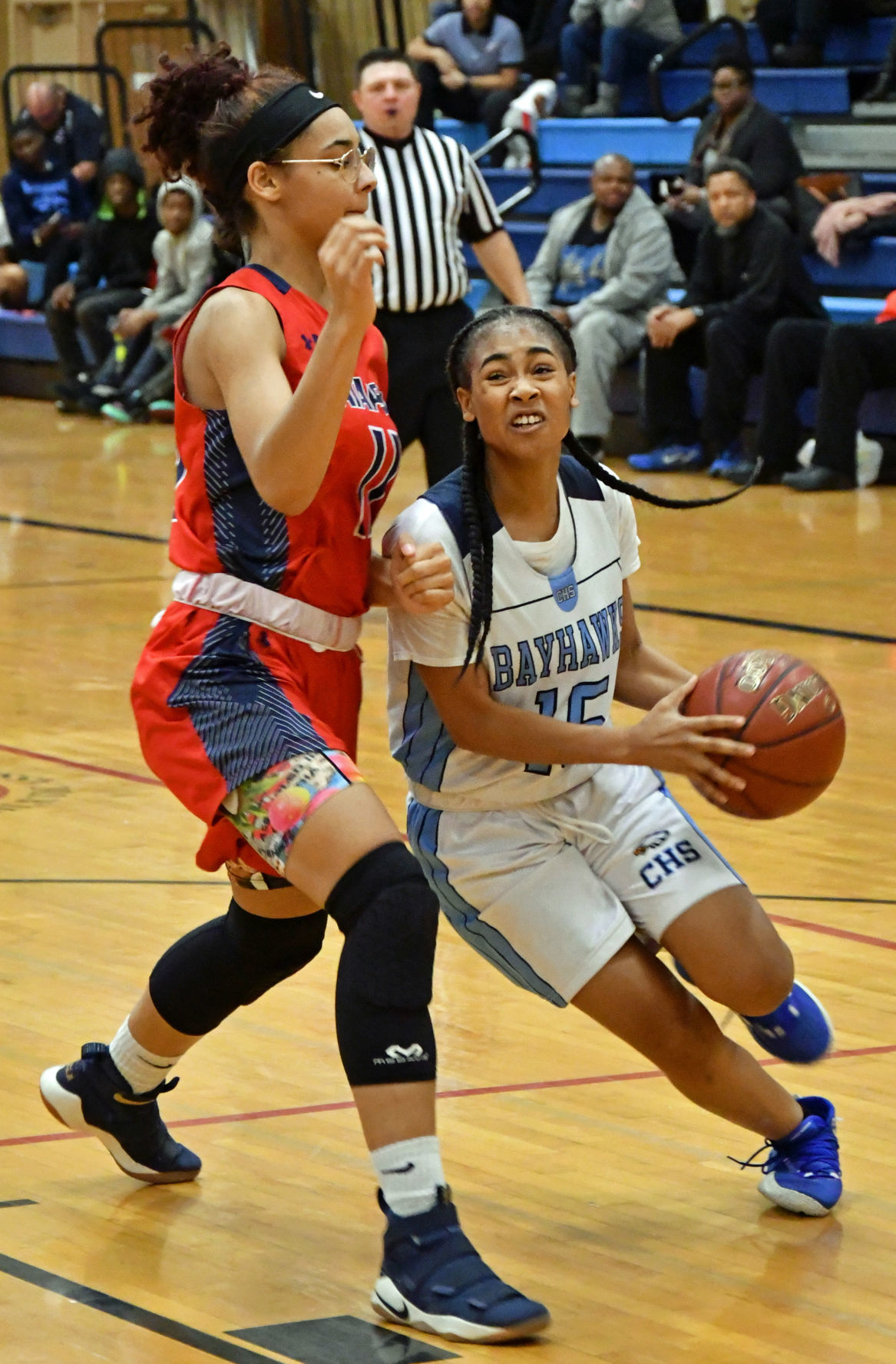 In recent seasons, 16 points has been a good opening four minutes for the Chesapeake girls basketball team.

So when the Bayhawks arrived at halftime with that total against visiting Patapsco last week, one had to wonder just how big of an impact Trinity Horton’s graduation was going to have on Chesapeake.

“I knew t was just a matter of time before we got it to the basket,” he said. “But it’s been slow; we need to get a couple more home games.”

After making seven-of 34 shots from the floor inthe first half (21 percent), the Bayhawks came out in the third quarter and outscored Patapsco 21-0 en route to a 47-14 win.

Chesapeake’s first three baskets in the third quarter were three-pointers, and the Bayhawks never slowed down.

“This was a good confidence-builder, and we needed it,” Hunter said.

The Bayhawks had three players who averaged around 20 points a game last year. Horton now plays for nationally-ranked CCBC Essex, while another transferred to Mount Carmel.

That leaves junior Kayla Cabbagestalk, who has carried the load in the first two games with 27 points against Patapsco and 20 against Carver A&T.

The Bayhawks also have a small roster. There are four returning players and four new players.

Chesapeake has been good for 15, 17 wins a year for the past few years, but this season may be different.

“We’re going to struggle a bit,” Hunter said. “I would just like to be .500. But it will be a god rebuilding year, with these sophomores and Kayla returning next year.”

Cabbagestalk (two) and Christian Ward hit the three’s to spark Chesapeake’s third-quarter surge. It was Ward’s only basket of the game.

At’ajane Shaw, a returnng player, will be expected to help take some pressure of of Cabbagestalk. She scored 11 against Patapsco.