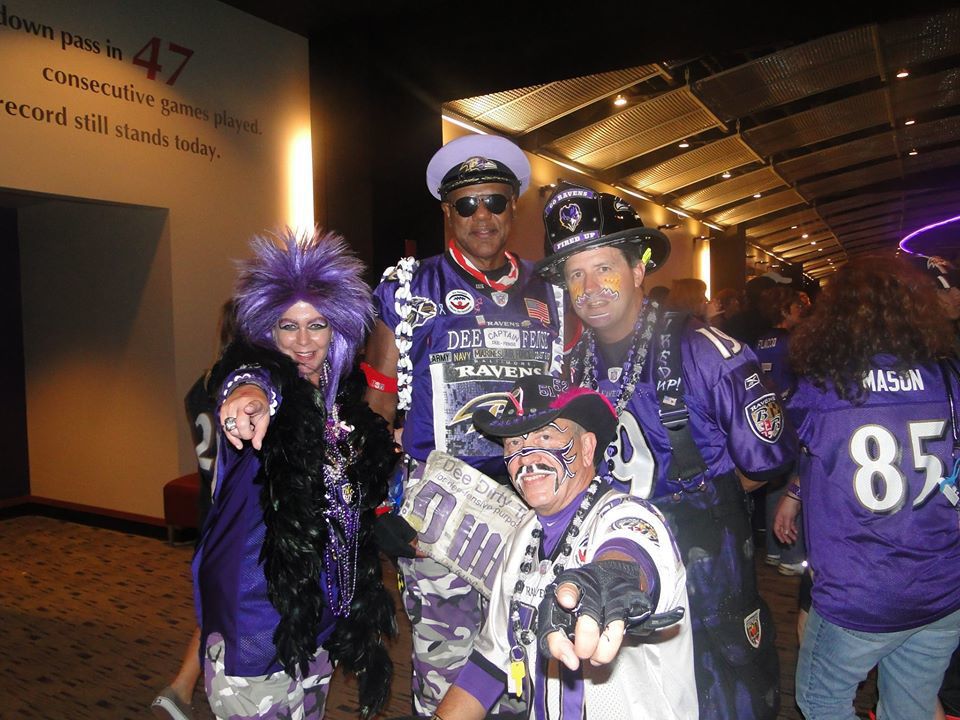 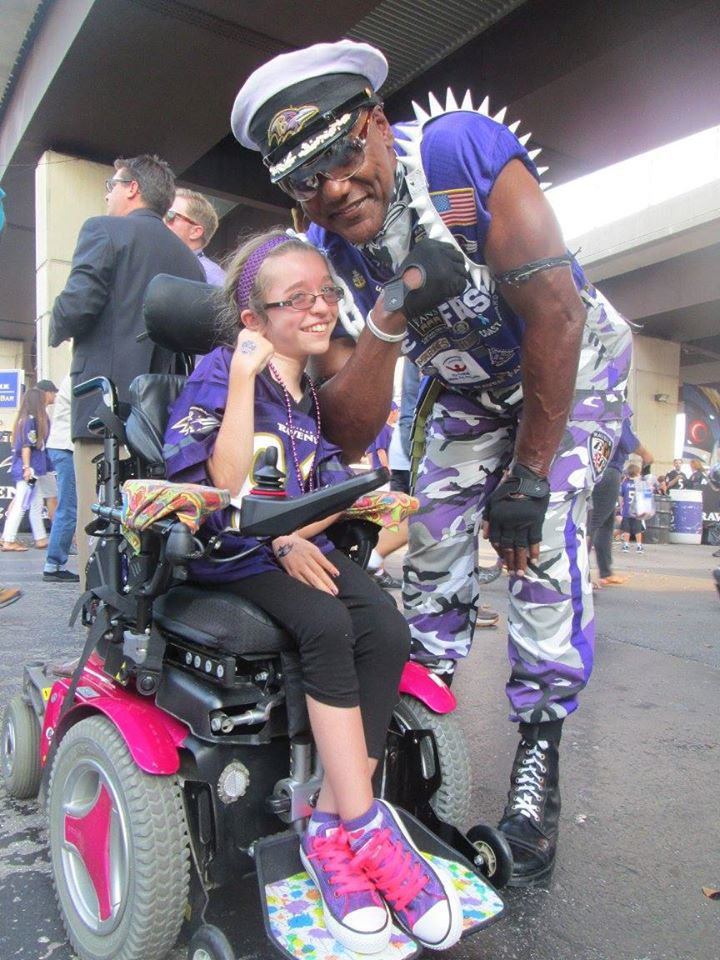 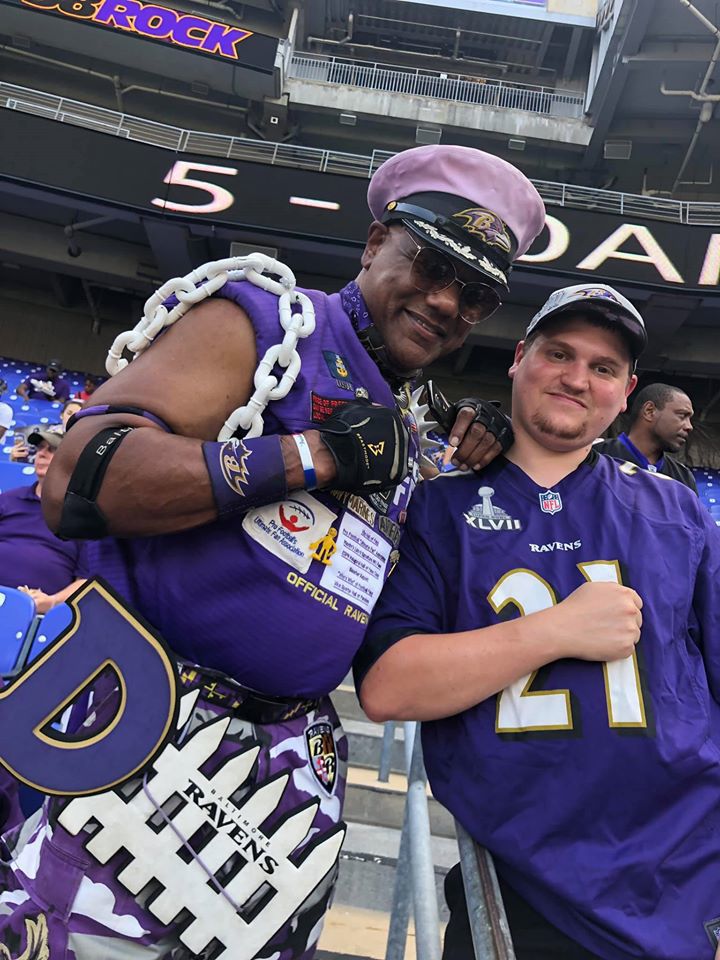 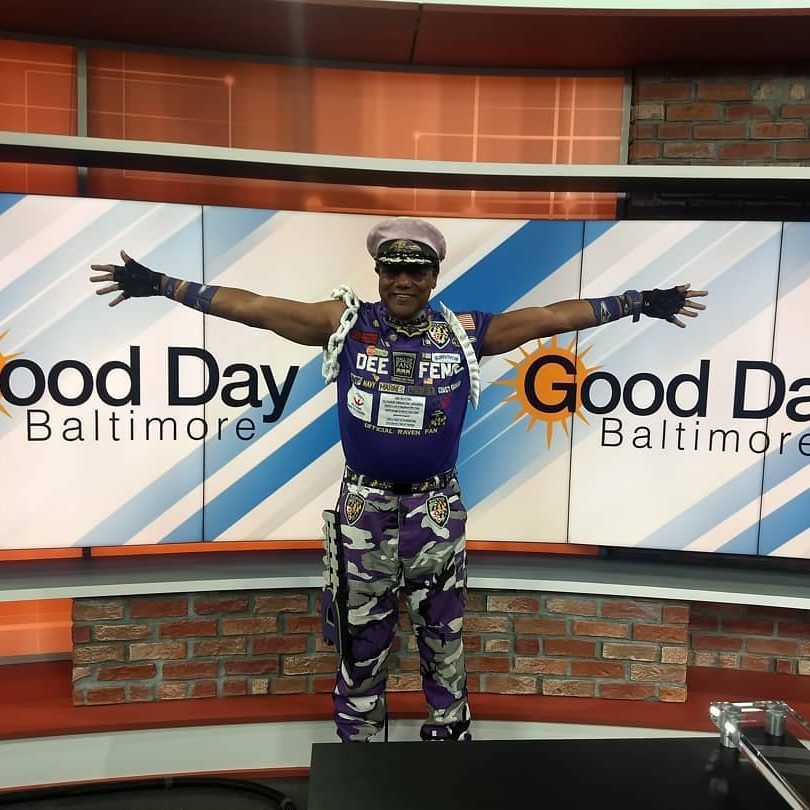 When Wes Henson found out he was nominated for the Ford Hall of Fans, he was excited to have a camera crew come to his home in Waldorf and interview him.

What he didn’t know was that former Raven and Pro Football Hall of Famer Ed Reed would pay him a surprise visit at his house that day as well.

“I couldn’t believe it,” said Henson. “I opened the door and Ed Reed was at my house. He’s a really down to earth guy. I’ve had the opportunity to meet him many times. I had no idea he would be there.”

Reed nominated Henson, a Ravens Super Fan better known as Captain Dee-Fense for the Ford Hall of Fans. He is one of six finalists representing different NFL teams battling it out for a chance to win an all-expenses paid trip to this year’s Super Bowl and a spot in the Ford Hall of Fans at the Pro Football Hall of Fame in Canton, Ohio – complete with a gold jacket just like the players! Fans can vote for Henson online at fordhalloffans.com/football through January 27.

A season ticket holder since the Ravens’ debut in 1996, Captain Dee-Fense got his name while he was walking around the stadium in army fatigues and Ravens gear with a cardboard sign that said “defense.”

A little girl asked him if he was the captain of the defense, and the name just struck him. Today, his costume is a little more elaborate, as he proudly wears spikes, chains, purple camouflage and carries a handmade section of picket fence.

“If we don’t make the Super Bowl I will be highly disappointed,” said Henson. “We’re the best team in the NFL. We are 14-2. We beat five teams that are in the playoffs. Numbers don’t lie.”

Regarding Lamar Jackson, Henson says: “I appreciate what he is doing. He is 22, and he has his whole life ahead of him. He is humble and he puts the team above himself.”

“It’s been such a fun experience,” said Henson. “It’s been great seeing kids grow up. Some I’ve known since they were 10 years old, and now they’re married with kids.”

While Henson brings his all of his energy to the Ravens home games, the playoffs are going to turn things up a notch.

“I get to the stadium early and talk to fans,” he said. “I’m going to be a little more hyper for the playoffs. I don’t stay in one spot and tailgate. I move around a lot, take pictures and get the pulse of the fans. Ravens fans are the best fans in the NFL.”

Though he keeps busy with the Ravens games and regular guest appearances, autograph signings and speaking opportunities during the year, Henson had time to star in a children’s book in 2019. “Everyone Loves Captain Dee-Fense!” was written by Mona Freedman of Caring Communities and illustrated by Megan Tilghman.

Henson is affiliated with Caring Communities, an organization that offers disability-related training, education, publications, and events to benefit children and adults with disabilities, their families and caregivers, as well as healthcare and education professionals. He travels to elementary schools and events to read the book to children, and every copy sold helps support the organization.

“Community service is important to me,” he said. “I want to make a difference. Captain Dee-Fense has given me the vehicle to do that. It’s all about trying to make your community better in whatever you do.”

Henson served 24 years in the United States Navy, and he is a prostate cancer survivor. He regularly volunteers at several Maryland senior centers; he mentors in Big Brothers Big Sisters of America; and he works with and inspires groups, including military veterans, hospital patients, teachers and their students, and the Special Olympics.

His priorities, he says, have always been “faith, family and Ravens football.” He’s counting down the days to this weekend’s playoff game against the Tennessee Titans.