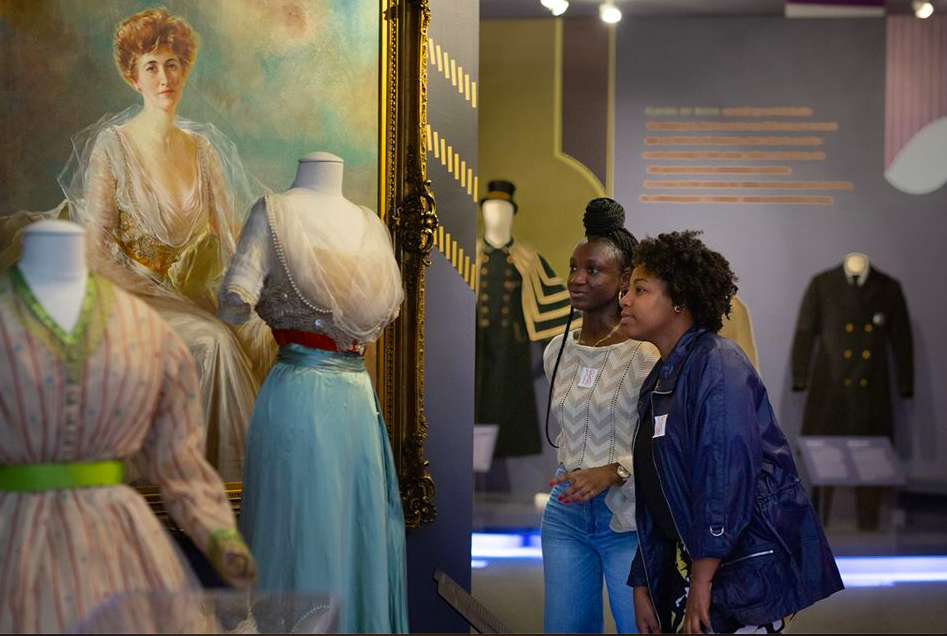 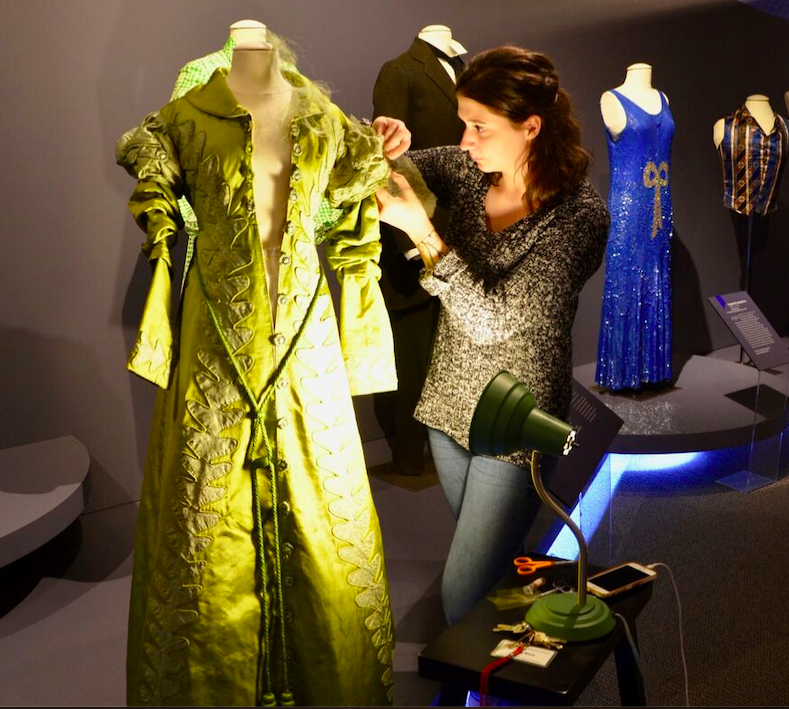 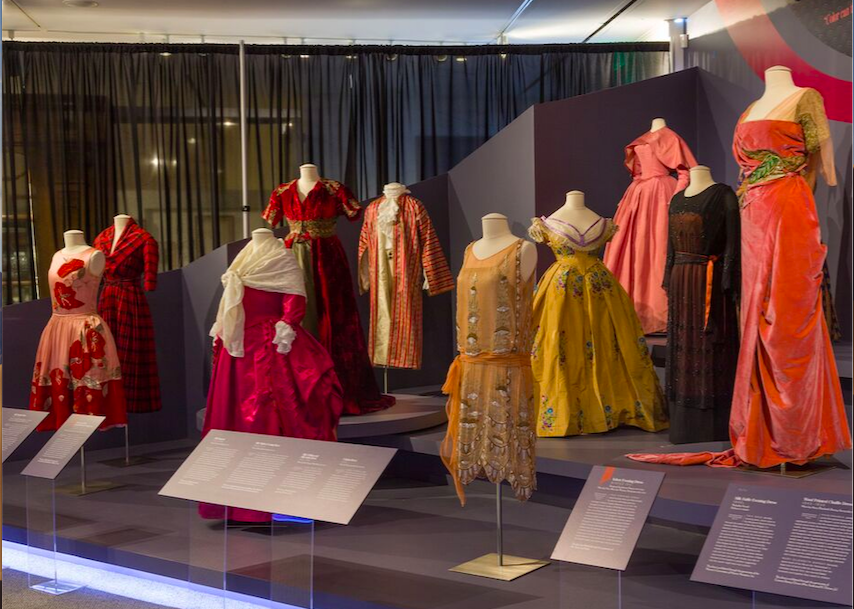 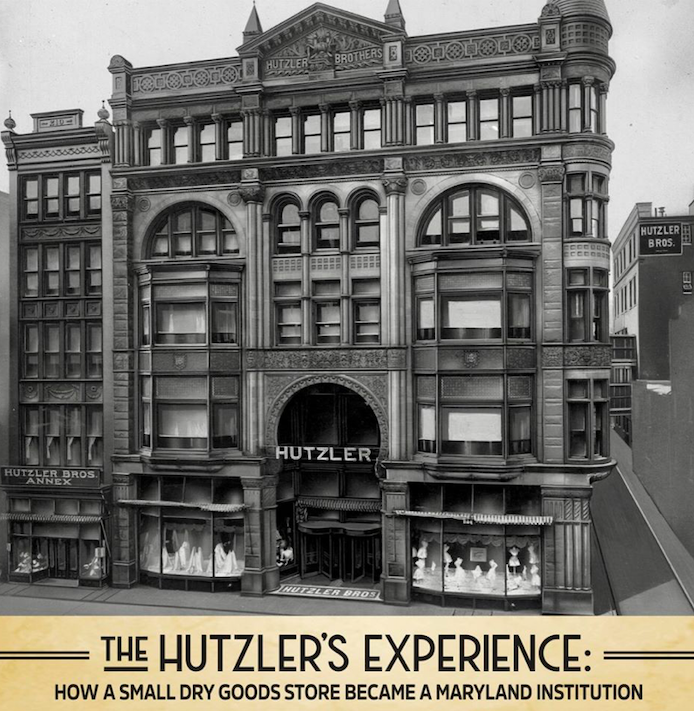 Anyone who grew up in Baltimore knows that Hutzler’s department store was a Maryland icon for more than a century. What started as a small dry goods store downtown on Howard Street in 1858 grew into a dynasty that was a premier shopping destination for generations.

“Many Marylanders of a certain age remember with fondness visiting Hutzler’s and The Hutzler’s Experience embraces this nostalgia for the past,” Mark Letzer said, President and CEO of the Maryland Historical Society.

“I remember shopping at Hutzler’s myself as a child and adolescent and the beauty of the Towson “Tea Room” and the wonderful high-quality merchandise.”

According to the Historical Society, in total, Hutzler’s was a family-run business that operated 10 stores in Maryland, including its downtown flagship store known as the “Palace,” and its first expansion store in Towson that opened in 1952.

Many patrons and employees alike believed that the innovative Hutzler’s department stores were more than a store, they were an experience. The business closed in 1990.

On December 11, the Maryland Historical Society brought Hutzler’s back to life in a new exhibition, “The Hutzler’s Experience: How a Small Dry Goods Store Became a Maryland Institution.”

The exhibition recalls what was an all-day experience for customers when they visited Hutzler’s, displaying products, ephemera, employee uniforms and handbooks, drawings, video from behind-the-scenes at Hutzler’s, and items from the iconic Towson “Tea Room.”

A highlight of the exhibition is a reimagined window display, like the Hutzler’s on Howard Street, which will change with the seasons. The exhibition is on view through December 2020.

“Hutzler’s was a unique department store because it invoked emotion in so many Marylanders,” Allison Tolman, Vice President of Collections at MdHS said.

“Hutzler’s cared about its customers and employees, and they cared about Hutzler’s. The Hutzler’s Experience exhibition celebrates this special relationship.”

“Spectrum of Fashion,” which opened in October and will run through October 2020 unlocks one of the Maryland Historical Society’s greatest archival treasures.

The exhibition highlights the Historical Society’s extraordinary costume collection across four centuries and features nearly 100 examples of women’s and men’s clothing and accessories, as well as decorative arts.

According to the Historical Society, this fashion exhibition tells a social history that is rooted in Maryland but encompasses a broader American narrative. The clothing has connections to presidents and to the formerly enslaved, to the internationally famous, and to everyday Marylanders, all of whom have important stories to tell.

Designers represented include Maryland-born Claire McCardell, Hermès, Pierre Cardin, and Worth, to name a few. Some rare pieces include a livery worn by formerly enslaved individuals at Hampton Mansion in Towson and a gown worn to George Washington’s inaugural ball.

Visitors will also catch a glimpse at clothing worn by the Duke and Duchess of Windsor. The exhibition is accompanied by a full color catalog available in the Historical Society museum store or online.

The Maryland Historical Society was founded in 1844 and is the world’s largest museum and library dedicated to the history of Maryland.

In addition to the latest fashion exhibitions, the Historical Society is home to more than 350,000 objects and seven million books and documents related to our state’s history, including exhibits of famous 18th and 19th century Maryland paintings, silver, 19th-century Maryland painted and inlaid furniture, maritime history, costumes, ceramics and children’s toys from the last 300 years. According to the society, no other object attracts more visitors than the original manuscript of Francis Scott Key’s Star-Spangled Banner.

The society was started when founders who shared a commitment to preserve the remnants of Maryland’s past first met in the Maryland Colonization Society rooms of the Baltimore City Post Office to form the Society.

Today, the organization occupies an entire city block in the Mount Vernon district of Baltimore and serves approximately 100,000 people through its museum, library, press and educational programs.

The Maryland Historical Society moved to its current home on West Monument Street in 1919 to allow for more displays. The building was the former residence of Baltimore philanthropist Enoch Pratt. In 2003, the Society was renovated and expanded to include the Beard Pavilion and the Carey Center for Maryland Life for museum and library exhibitions.

The renovated library, now the H. Furlong Baldwin Library, includes more than double its previous space and is equipped with wireless technology. The library’s collections include 60,000 books, 800,000 photographs, 5 million manuscripts, 6,500 prints and broadsides, 1 million pieces of printed ephemera, extensive genealogy indexes, and more, reflecting the history of Maryland and its people. These collections are accessible to visitors both online and in person.

For more information, go to https://www.mdhs.org.

Open Wednesday through Saturday, 10AM to 5PM