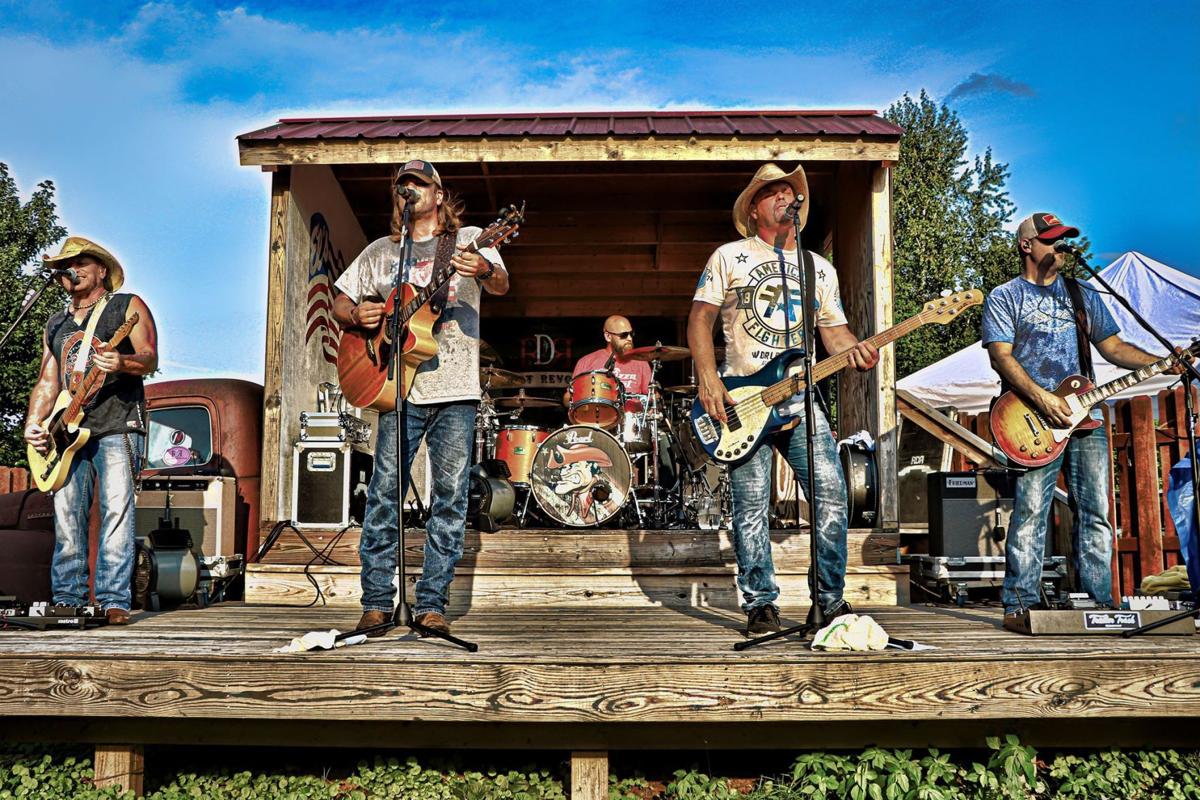 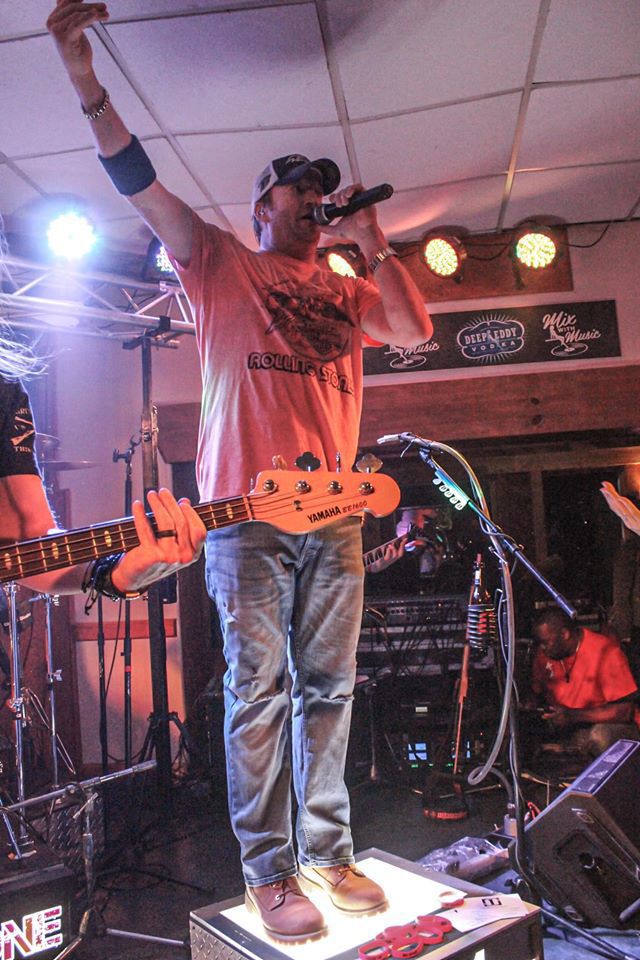 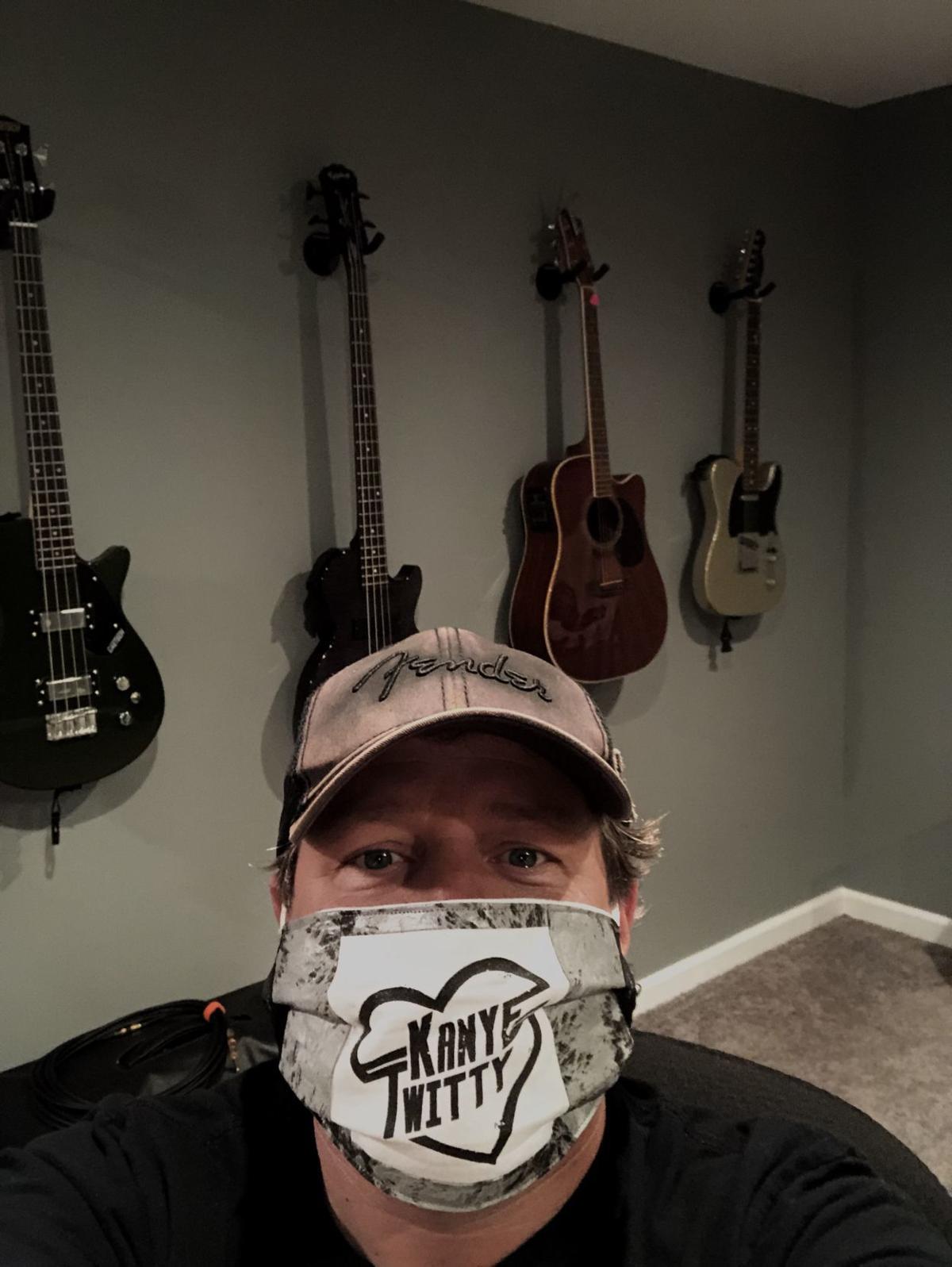 With bars and restaurants closed until further notice, this has not only affected the venues, but also our local music scene. Instead of gearing up for much anticipated spring shows, performers are staying home and staying connected with each other and their fans as best as they can. I caught up with some of our favorite local acts to see what’s keeping their creative juices flowing during the quarantine and what they’re looking forward to most after life reopens!

“This has really allowed me to take a step back and sort of hit the reset button on life and appreciate some things that I have lost focus on,” said Baier. “One of them was song writing – the creative juices have been flowing. Will they see the light of day? Hard to say at this point, but it’s been nice for sure.”

KT’s guitar player Denny Grace has also been busy. He just released a new EP called “Thrill Ride.” “If you haven’t, go to wherever you download music and check it out...it is quite good,” said Baier, who recently released his first quarantine song, Poison’s “Something to Believe in,” on Facebook.

Baier said that KT has “added a truck load of new songs for everyone to have prepared for the first rehearsal,” and they are most looking forward to the first show back (wherever and whenever that will be). “Those that support us are really the lifeline of Kanye Twitty. They come out to the shows and just show us nothing but love and respect...they are the reason we get to do Kanye Twitty. Looking forward to seeing them most!”

“I’ve never been off more than two weeks in a row over the past 20 years of entertaining folks in our region … let alone 2 months,” said Crawford. “Music is like air for musicians. We need it to live because it isn’t what we do, it’s who we are.”

While quarantined, the band has been collaborating virtually, and Crawford has written a few new songs that he plans on recording once his studio reopens. He’s also done two acoustic shows so far on Facebook live. “We miss our fans as much as they miss us,” he said. But he is also worried about the future for some venues.

“I am really concerned about the survival of the bars and restaurants during these hard times and hope that we will have places to play once the quarantine is lifted,” he said. “We have a busy summer outdoor schedule, and we are hoping we get to do those shows, including a big festival planned for May 2 that we need to reschedule at El’s County Line.” If you’re missing Crawford’s live music, you can download his latest CD, Backroads Lovin.’

No stranger to social media, Garrison has already done a few Facebook lives. “I did an acoustic jam with Charles Kahl, who I was in Marshall Law with, and I also did a fun, live karaoke session from my garage recently,” he said. A Chapel Road acoustic jam is in the works.

Garrison said the quarantine has inspired him to write more. “I have a tendency to come up with musical ideas when I’m driving around. So I stop, whip out my phone, and record myself singing, whether it’s music or singing lyrics. Sounds funny, but it helps me remember it when I get home. I’m hoping we can get together and start working on original material sooner than later.”

When our state opens back up, Garrison is looking forward to “an ice cold draft beer from Looney’s” and getting back on stage at places like Riverwatch, the Crazy Tuna and Sunset Cove. He wants fans to know that the band appreciates all of the support they have been getting: “We miss the routine, we miss the shows, and we miss all of you tremendously. We hope that you’re all taking care of yourselves and of each other. We’ll see you soon!”

Lathroum said the band has been rehearsing on their own, but are in constant contact. “I miss getting together and rehearsing and playing,” he said. “Besides being a band, we are all friends and it is tough to be away from people that you spend so much time with on a regular basis.”

The quarantine has inspired him to revisit some of the older music that really got him interested in country music, and he’s been performing three or four songs each week on his Facebook page.

“We just really want to get back on stage to perform,” he said. “I know everyone in the band wants it. We get messages daily, so I know the fans want it. We should be gearing up for summertime now. Sunday Fundays at Riverwatch, playing venues on the water, and it’s kind of a let down...I hope people are ready when things open up, cause we will have energy to spare. We will be back soon, better than ever.”

Red Dirt Revolution released their newest single, “Country In My Blood,” right before the lockdown, but fans can download it from Apple or Amazon or stream it on Spotify.

During the quarantine, Mohr said he has posted a few acoustic videos to try to help keep the spirits of fans up. “What I miss most is playing live to a room full of our fans,” he said. “I’m looking forward to getting back on stage and feeling the energy from the crowd and seeing the smiles, seeing people socializing, seeing old friends and making new ones.”

Mohr says Square-1 has upcoming shows scheduled at Looney’s Perry Hall, Mountain Branch Golf Course, Brewer’s Landing, the Crazy Tuna, the Purple Moose, River Watch, and more. “We are really looking forward to playing again and are hoping that it won’t be much longer.”

He recently collaborated with other local musicians on a favorite Journey song, and Mike Habersack from the band Tripwire put the video together. You can view it here: https://youtu.be/w9ndfcRwbR4.

“I’ve mostly been enjoying my free time with my kids and trying to keep them occupied, so I haven’t performed a live stream yet,” said Owens. But he is working to get one together soon and will announce it on his social media pages (@patowensmusic).

“I’m a big baseball fan, and I’ve said that one reason I enjoy the game is that you can watch it night after night and, if you’re paying attention, you’ll see something you’ve never seen before,” said Owens. “That’s the same way I feel about performing music. I can play the same song night after night, but sometimes you’ll play something a little different or change a melody just slightly and it brings a new feeling to the song. I miss the little nuances of performing consistently and working on my craft.”

Owens said he has some new venues scheduled in Baltimore County for the summer, and he would love to get outdoors and perform as soon as it’s safe. “I miss all the familiar faces at my shows,” he said. “It’s nice that people would want to watch me on a live stream, but I’m looking forward to some crowd participation here real soon. But for now, let’s stay inside and lay low until we get this thing under control.”