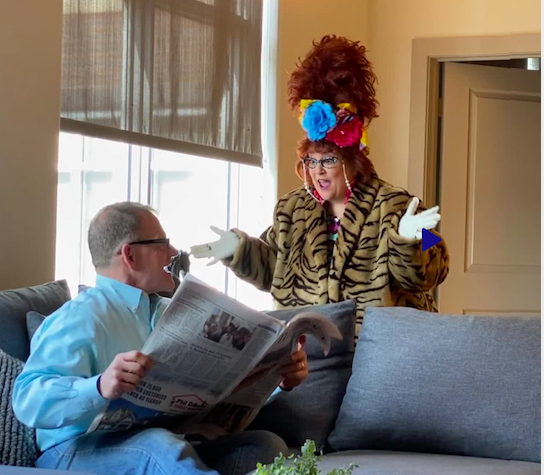 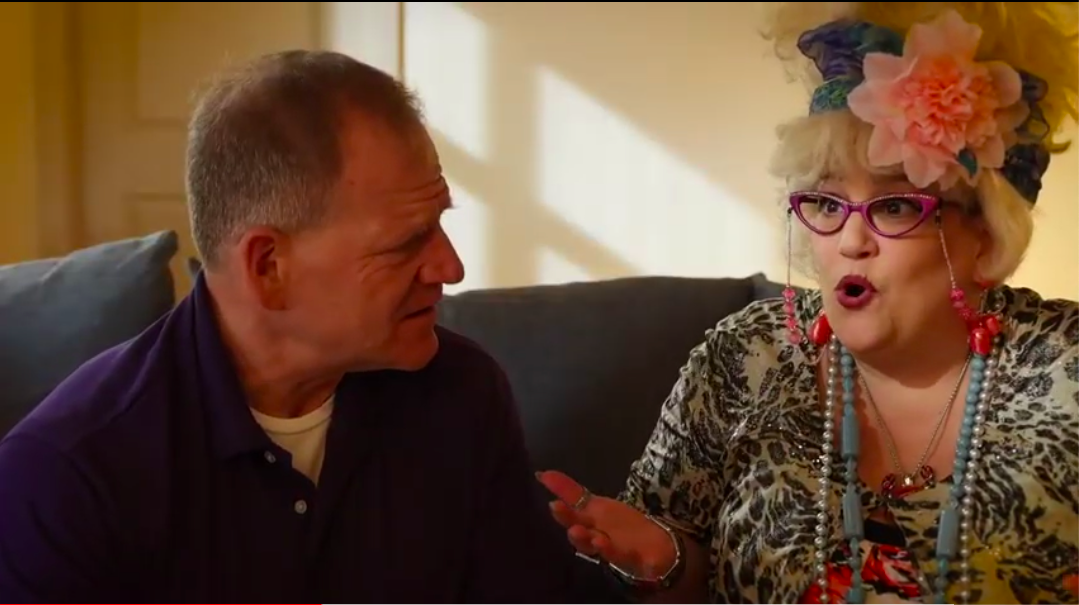 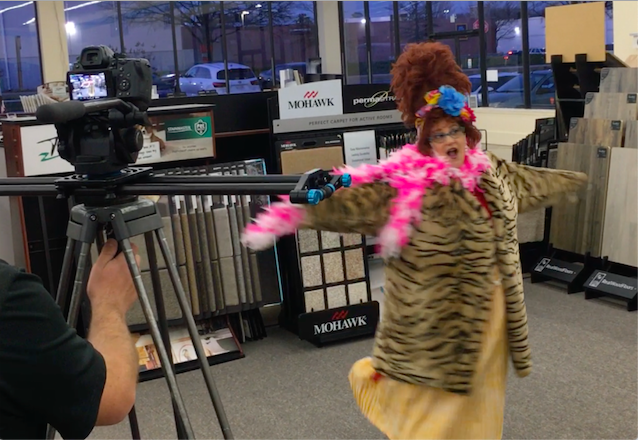 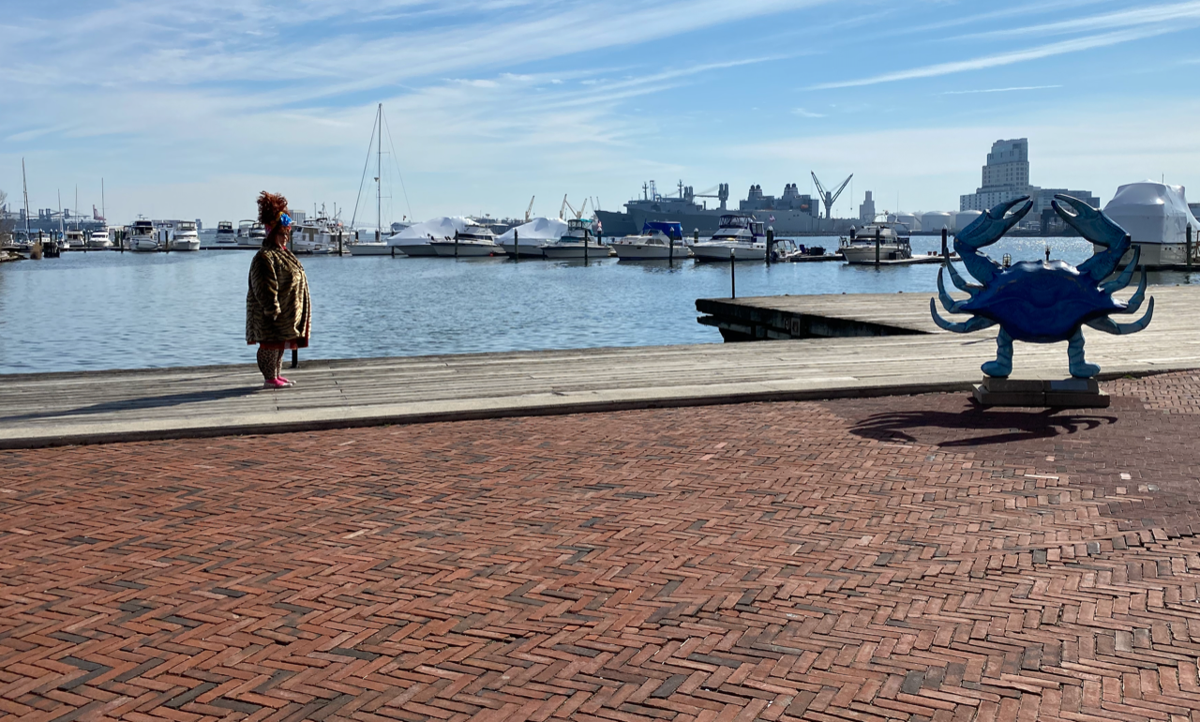 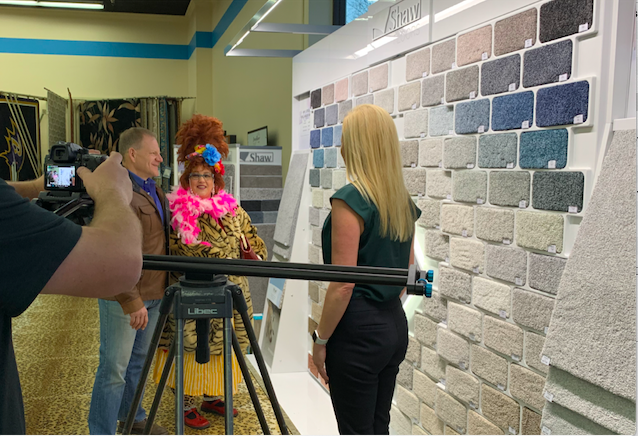 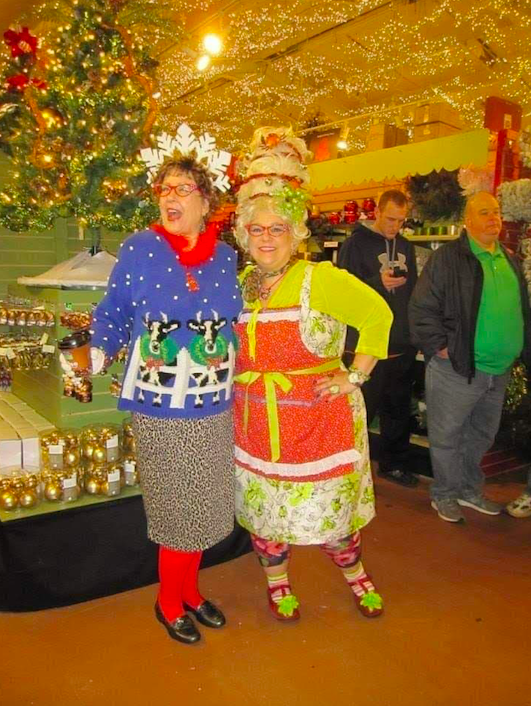 The flooring company, which has been Baltimore-owned and operated for 60 years, is now running a new series of television commercials featuring Hurley, a Dundalk native, in full hon character.

“I’m really excited about being the brand ambassador for Next Day Floors and a part of their 60th anniversary campaign,” said Hurley.

“It’s a cool opportunity, and I love that they are a Baltimore-based business. The legacy of Next Day Floors in Baltimore really parallels the Baltimore Hon legacy.”

Hon, short for honey, is a term of endearment often used by these ladies called “hons” and demonstrates the warmth and genuineness that is a true Baltimore hon. Hurley won the title of Baltimore’s Best Hon in 2013 at the popular contest held each June at HONfest in Hampden.

Krista Eliason, CEO Next Day Floors, saw one of Hurley’s pictures on Facebook and eventually tracked her down. And here’s where the story becomes ironic. They called Hurley about the opportunity on Karen Fitze’s birthday.

Fitze – a fellow Hon and mentor to Hurley who passed away in 2016 – sang backup on David DeBoy’s “Crabs for Christmas” CD and was the original Next Day Floors hon in 2010.

They shot the commercials on Hurley’s birthday, February 17. Hurley, who comes from a long line of hons, embodies the sixties-era hon in the spots, with a beehive hairdo, bright makeup, spandex and leopard print.

The others featured in the commercial are actual Next Day Floors employees. Hurley’s husband in the spots is Steve, a salesman, and their in-home sales rep is Kelly, who works in the business office.

The company’s anniversary events have been postponed because of safety measures put in place due to the coronavirus. Their campaign will be using the hash tag #WeGotBaltimore.

When normalcy returns, Hurley will be popping up at events in full hon gear, ready to take pictures with customers. She has a one-year contract with the company, which has six locations in the Baltimore Metro area.

In addition to being a part of the Next Day Floor’s 60th anniversary campaign, Hurley is an instructor at CCBC, tutor and professional dog sitter.

She is also a member of the Baltimore Hon Hive, a group of women who volunteer at events to support local charities and the Annual HONfest. One of her favorite activities with the Hon Hive is volunteering at Baltimore Station to make dinner and feed the homeless vets.

The Hon Hive is currently involved in a project with Girl Scout Troop 749. Two of the scouts have been working to earn their Silver Award, which is given to scouts who are dedicated to improving their community, and they created a leadership badge (with a hon-appropriate flamingo).

Their goal is to gather and assemble hon kits that include 1950s and 60s-style dress up accessories for girls and boys who are in the hospital.

The kits will be distributed to Kennedy Krieger Institute and the Children’s Hospital at Sinai at special events with visits from the hons. They are currently hosting fundraisers to raise money for supplies.

They have an event scheduled for April 4, which will most likely have to be rescheduled. (For more information on the project, email nemose@earthlink.net or tloud001@gmail.com.)

“There are so many events and fundraisers coming up that need to be postponed,” said Hurley.

“Hopefully all will be back to normal soon. In the mean time, enjoy your family and have as much fun at home with each other as you can.”

Hurley’s suggestions: play games, dress up and make videos. Hon accessories and lingo are a bonus! If you want to catch Hurley in action, check out the commercials on Next Day Floor’s Facebook page at www.facebook.com/NextDayFloors/.