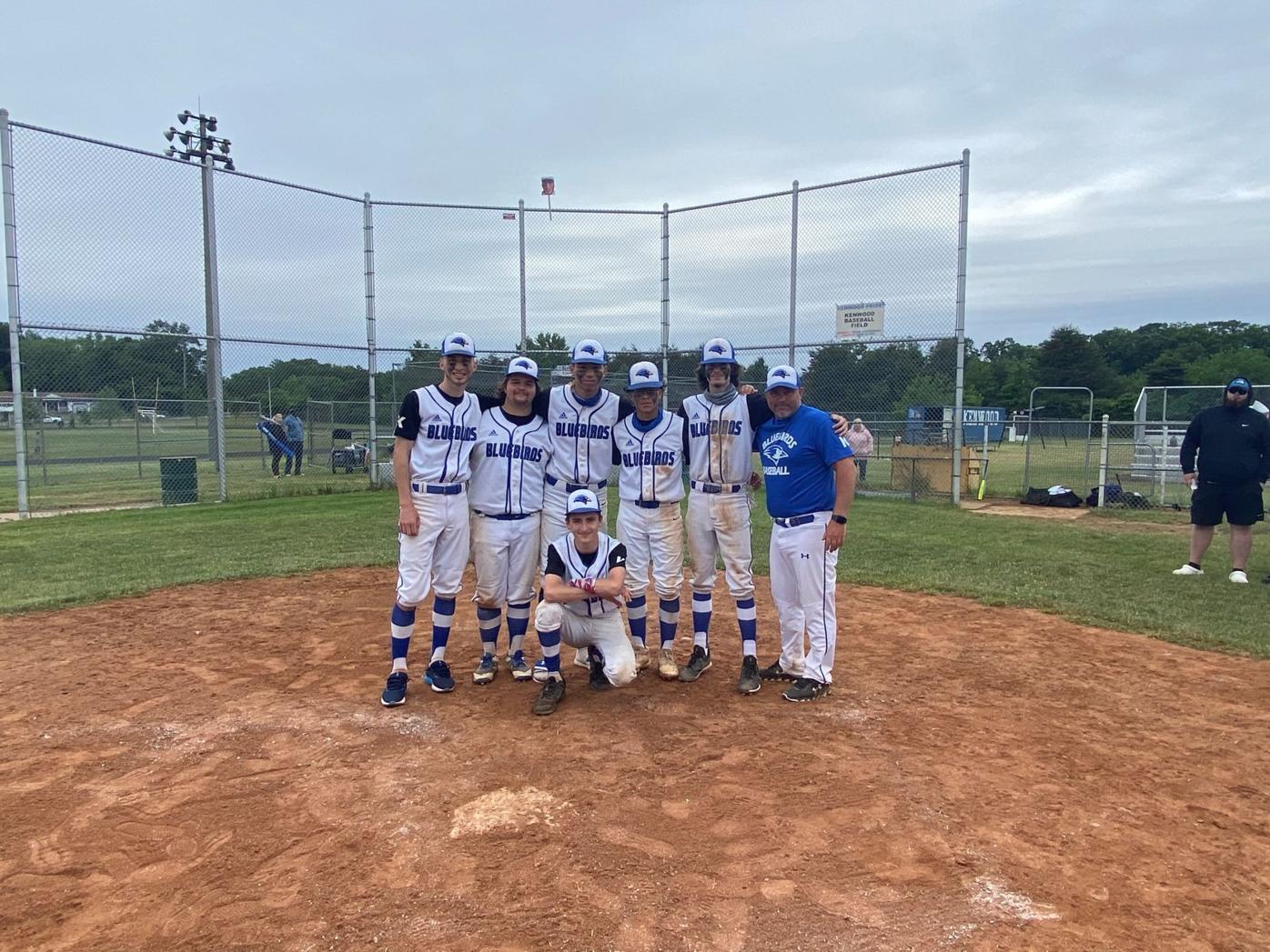 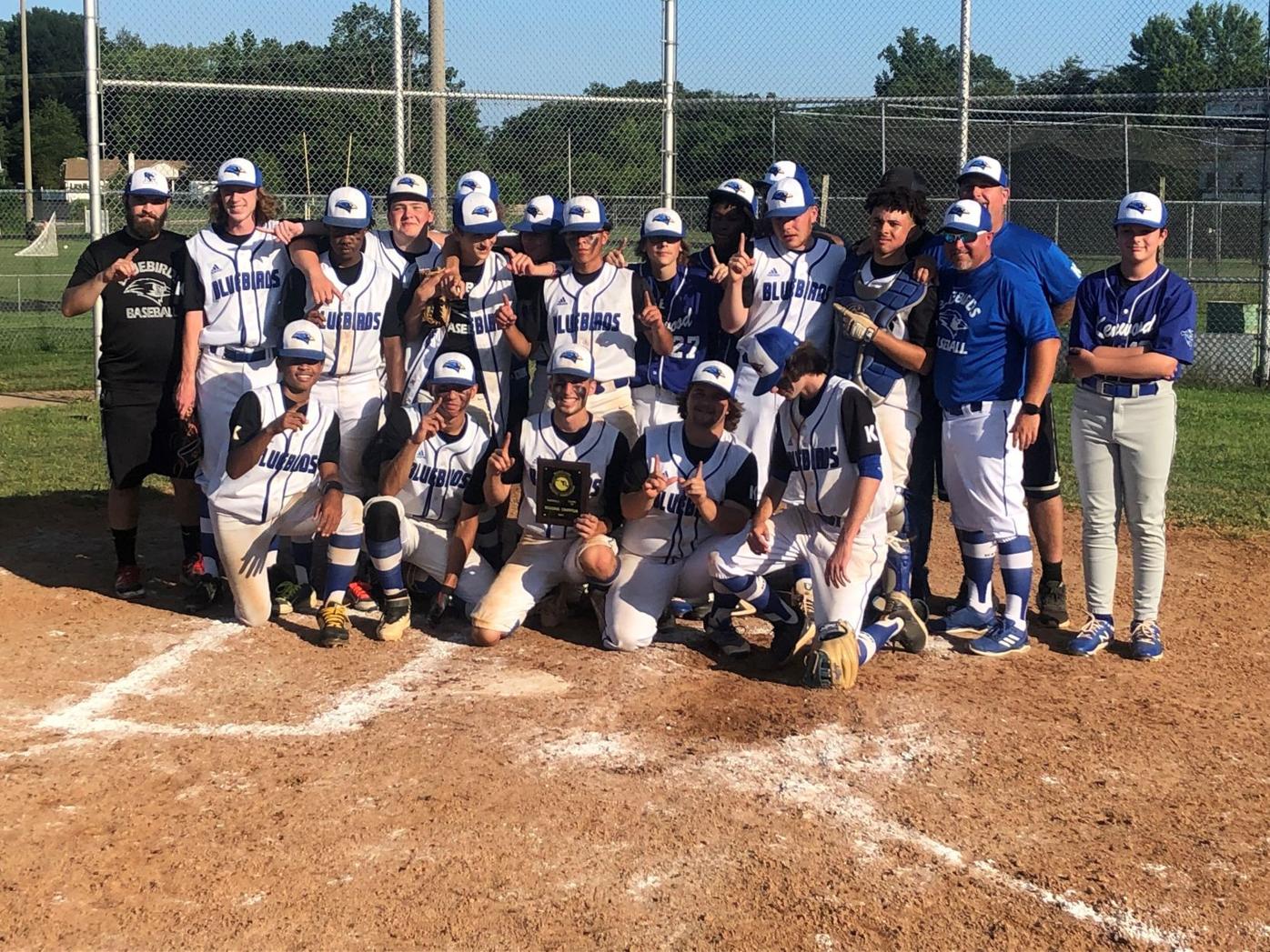 The Kenwood High School varsity baseball team soared to victory last Saturday as they clenched the title of division 3A regional champions after a hard fought season and a 41-year drought.

Coach Erik Skarda could not be more pleased with the performance of the team, especially since it has taken so long and so much work to get there.

This was the first group of players Skarda has coached for all four years, since he has only been in the position that long. He said the coronavirus pandemic hurt them, but was proud to be able to get over the hump this season and make it to regional champs.

“Just about all but one of our closest tough games this year we fell behind early and had to rally to comeback to win,” Skarda said. “Even in our loss in the State Quarterfinals we fell behind 8-0 and came back to within 8-6 against a tough Linganore team out of Frederick County.”

That team threw everything they had at the Kenwood baseball team, but even that couldn’t stop the new 3A champs.

“They had to bring in their Ace to stop the comeback,” Skarda said. “Their ace is going to the University of Maryland and throws in the low 90s. The coach told me after the game ‘man your boys don’t quit they just keep coming.’”

And keep coming they did.

Christian “Messy” Messercola, a pitcher and shortstop, described how hard and in sync his team worked.

“I credit my team’s success with playing together as a unit, as one, and never giving up no matter the score,” Messercola said. “The determination this team had was unmatched, we weren’t a powerhouse team but we got the job done. We rallied behind each other day in and day out to raise that banner in our gym and to display that plaque for KHS.”

And for Messercola, the championship, like the season, was hard fought and hard won.

“The championship game was an emotional roller coaster,” Messercola said. “Going down three runs early. Not a single soul lost hope. We beared down and locked in.”

Messercola’s mom, Christina Messercola, described the season’s accomplishments the same as her son and Coach Skarda: hard fought and well-deserved.

“They gave everything they had each and every game, Christina Messercola said. “My son had a vision they would go 10-0 and he was locked in. He kept that mentality all season and made sure all players were on the same page.”

Christina Messercola could not be more proud of that game, the entire season and her son’s athleticism.

“My son was the starting pitcher and he pitched the whole game,” Christina Messercola said. “Baltimore County rules state pitchers can only pitch a max of 105 pitches in a game. On the 105th pitch, he pitched a strike to the batter for the final out to win the game.”

While “Messy” had been on the team only two years after transferring in, he accomplished a lot and showed true leadership, according to his coach.

“He is the leader of the team and leads by example,” Skarda said. “You could see his stats to see what kind of special player he is, but what makes him special is how he interacts with his teammates on and off the field. This team totally believed they couldn’t be beat with him on the mound. His impact on what he accomplished here will be felt for many years.”

Skarda credits the whole team with this amazing success, though some players did stick out this season other than #4 Messercola.

Ryan Puller, a pitcher and shortstop, was a varsity starter for the team and “came through” for the team all four years, according to Skarda.

Another player, Sulyvan Esparza, a second base player, has been with the program all four years.

“He has probably made the biggest progression of any other player in the program over his time here,” Skarda said of Esparza. “He is quiet and works hard but can be the vocal leader when needed.”

The new leader of the team, after Messercola has now left, will have a lot of work to do and big shoes to fill, but Skarda knows this charge will land well at the hands of Jacob Boulabassis, a catcher for the team.

“Another one of the more quiet kids, but leads by example in his work ethic,” Skarda said of the rising senior. “He became a part of the varsity team late in his freshman year and has been making an impact ever since. Every team needs a player like Jacob on it, but you better have plenty of bubblegum.”

For the coach, players and parents, this win was a long time coming and earned through thorough skill and determination to win despite their difficulties.

Skarda believes that his team is successful because of how hard they have worked and played this season, defying the odds in many games to come back and win.

“Coach Skarda is an awesome coach and he kept the boys focused,” Christina Messercola said. “I think Covid and these boys not having a baseball season last year made them even more hungry this year. For the seniors this was it. Last ride.”

“My future plans are taking my talents to CCBC Dundalk for two years and try to pick up an offer to finish my 2 years after transferring out of CCBC Dundalk,” Christian Messercola said.

The pitcher knows he couldn’t be where he is without his coach, team and supporters.

“I would like to give my ultimate thanks to Coach Skarda, Coach Butler, and Coach Avampado, as well as thanking my athletic director Mr. Ruocco,” Christian Messercola said. “And finally a huge thanks to by far the best principal I’ve had in my 12 years of school, Mr. Powell.”