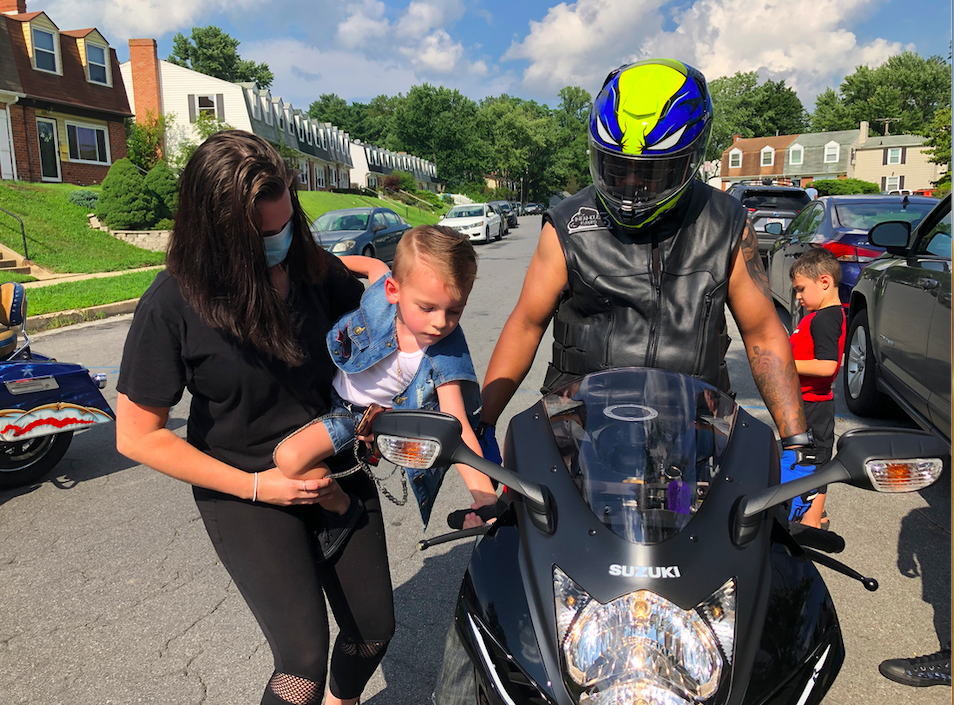 Jace revs a motorcyclist’s engine during his birthday celebration. 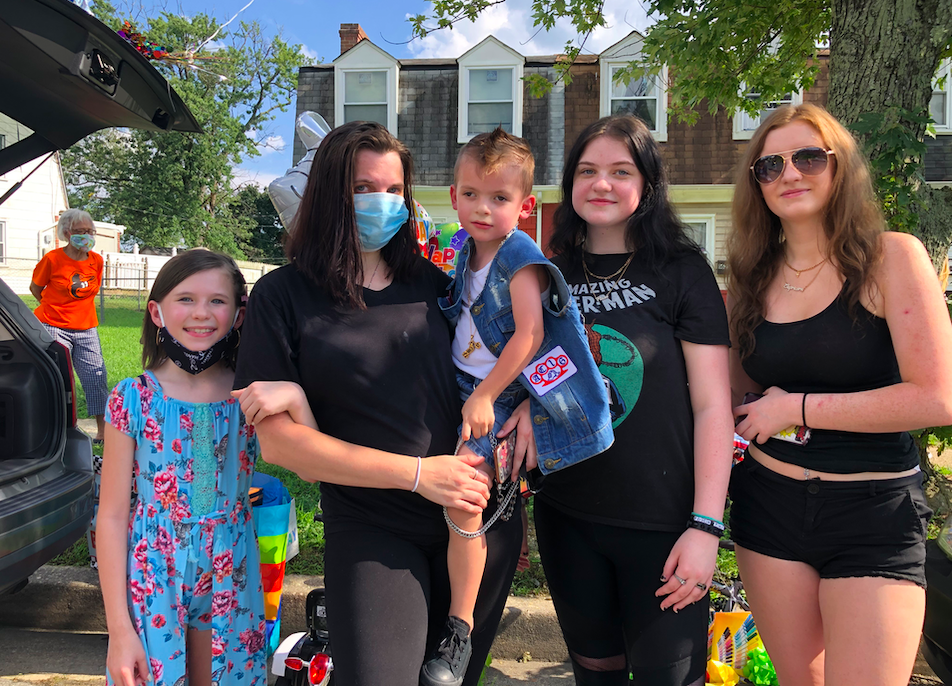 April holds Jace and other family members gather around them to watch the motorists drive by. 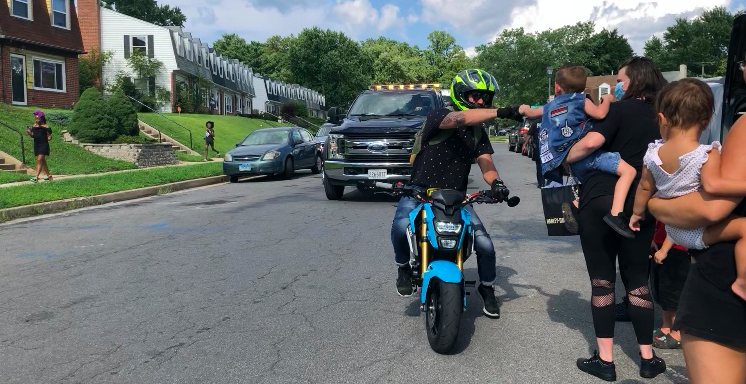 A cyclist gives Jace a fist bump during the birthday drive-by. 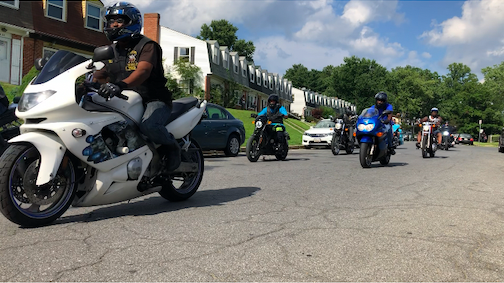 Motorcyclists make some noise for Jace as they drive by his home.

Jace revs a motorcyclist’s engine during his birthday celebration.

April holds Jace and other family members gather around them to watch the motorists drive by.

A cyclist gives Jace a fist bump during the birthday drive-by.

Motorcyclists make some noise for Jace as they drive by his home.

PARKVILLE—Life during a pandemic can be hard- especially if you are a little kid like Jace McComas who is battling heart failure. That is why hundreds of motorcycles, trucks and jeeps drove by 4-year-old Jace’s house this past Sunday to show their love and support for him.

“Motorcycles have been helping him get through this pandemic,” April McComas, Jace’s mother said. “He’s had a thing for motorcycles for years. Every time we go downtown to the University of Maryland he sees the motorcycles and he just fell in love with them.”

Motorcycles have not only helped Jace through this pandemic, they have also helped keep his spirits up his entire life enduring the many complications and surgeries due to being born with Heterotaxy Syndrome.

Heterotaxy Syndrom is a rare, complex condition a child can be born with that involves certain organs and structures, including the heart, having formed on the wrong side of the body, or being arranged in patterns that are atypical.

Since he was born, Jace has had three open-heart surgeries, his intestines repaired and his appendix taken out. This condition also leaves him with a weakened immune system, causing him to remain inside his house since the start of the COVID-19 pandemic in March.

“It’s all been pretty stressful. We have all been scared to leave the house and be around Jace because we didn’t want to catch anything and bring it home to him. His pediatrician said, if he doesn’t have o be out of the house, don’t take him out of the house,” McComas said.

Jace hasn’t even been able to leave the house to go to his heart appointments or to have heart surgery because his doctors and mother fear he will get sick.

“Every time he goes to a regular doctor’s appointment he gets sick because his immune system is so weak. He can’t handle certain viruses or colds,” McComas said.

Leaving Jace at home when she has to go to the grocery store, the only place she has left her house to do since March is not an easy task. McComas said Jace oftentimes cries and screams when she leaves not fully understanding why he can’t come with her.

“It’s been hard for Jace, he’s a mama’s boy. He’s wanted to go to Walmart and stuff like that but he can not leave the house. He screams when I leave-he’s taking it hard. It’s hard to explain to him what’s going on.”

McComas said in order to give her son a glimpse of the outside world, she Face Times him when she goes grocery shopping. Then, when she returns home, she washes her hands and completely changes her clothes in order to prevent herself from possibly spreading anything to her son.

Understanding that Jace has had a rough time during this pandemic, MccCmas wanted to have motorcyclists drive by their house on his birthday to bring her son some much-needed joy.

“So many motorcyclists from all over the world reached out. They send so many pictures of them holding Team Jace signs. It’s amazing,” McCmas said.

The drive-by was supposed to happen on Jace’s actual birthday on August 4th, but tropical storm Isaias came through causing them to have it on the 9th.

Christin Oatts, a motorcyclist from Overlea, was one of the many who drove by Jace’s house. Oatts said she heard about the drive-by event from a friend of hers who is a member of a local biker club and when she learned about Jace and her story, she didn’t hesitate to hop on her bike and “make some noise” for Jace.

“When we heard about his story it was heart-wrenching. It makes it hard to see him, especially now when everyone is getting really sick,” Oatts said.

“For people right now during this pandemic to come together and do this for him, it just gets yah, it’s amazing. Seeing the love come through here right now is what we need. We need more of this.”