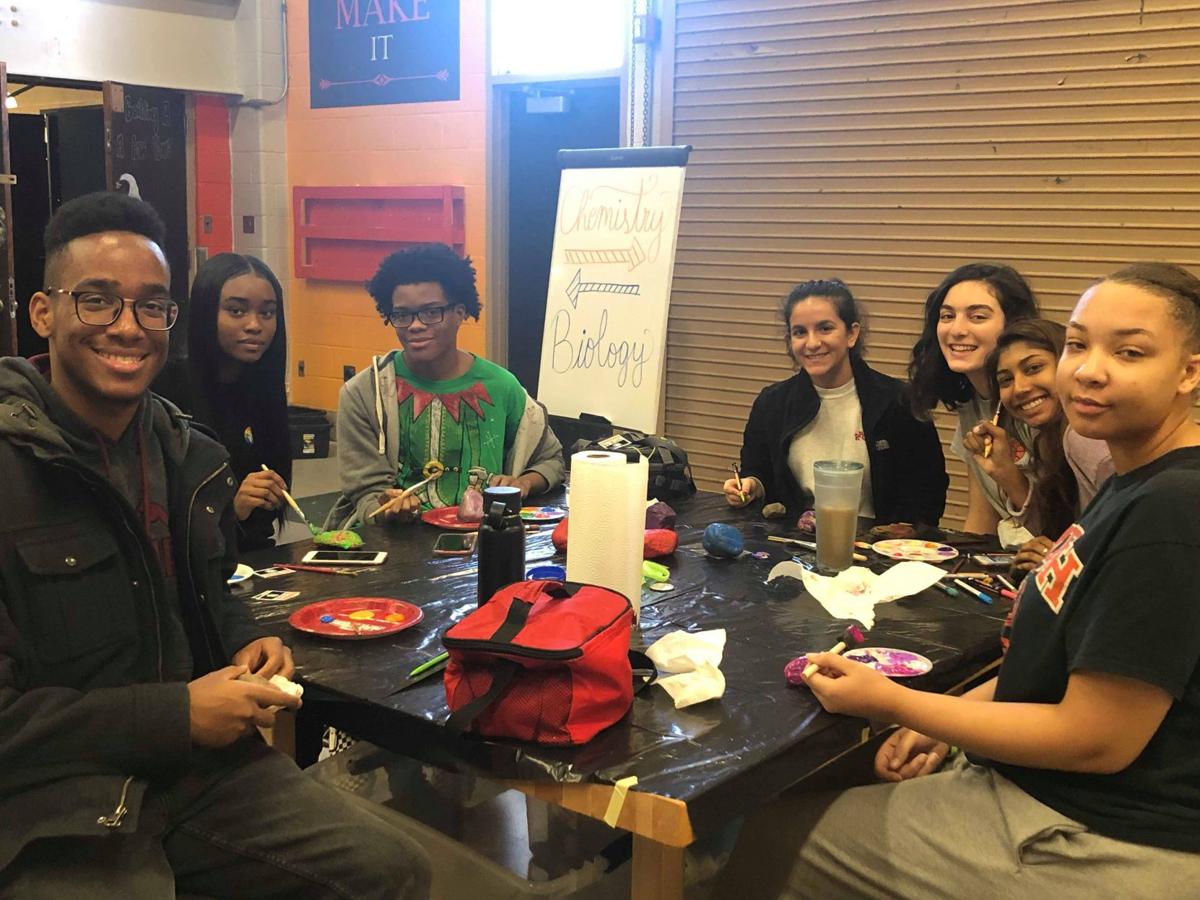 Eastern Tech students painted rocks with inspirational messages for a future rock garden at the front of the school. 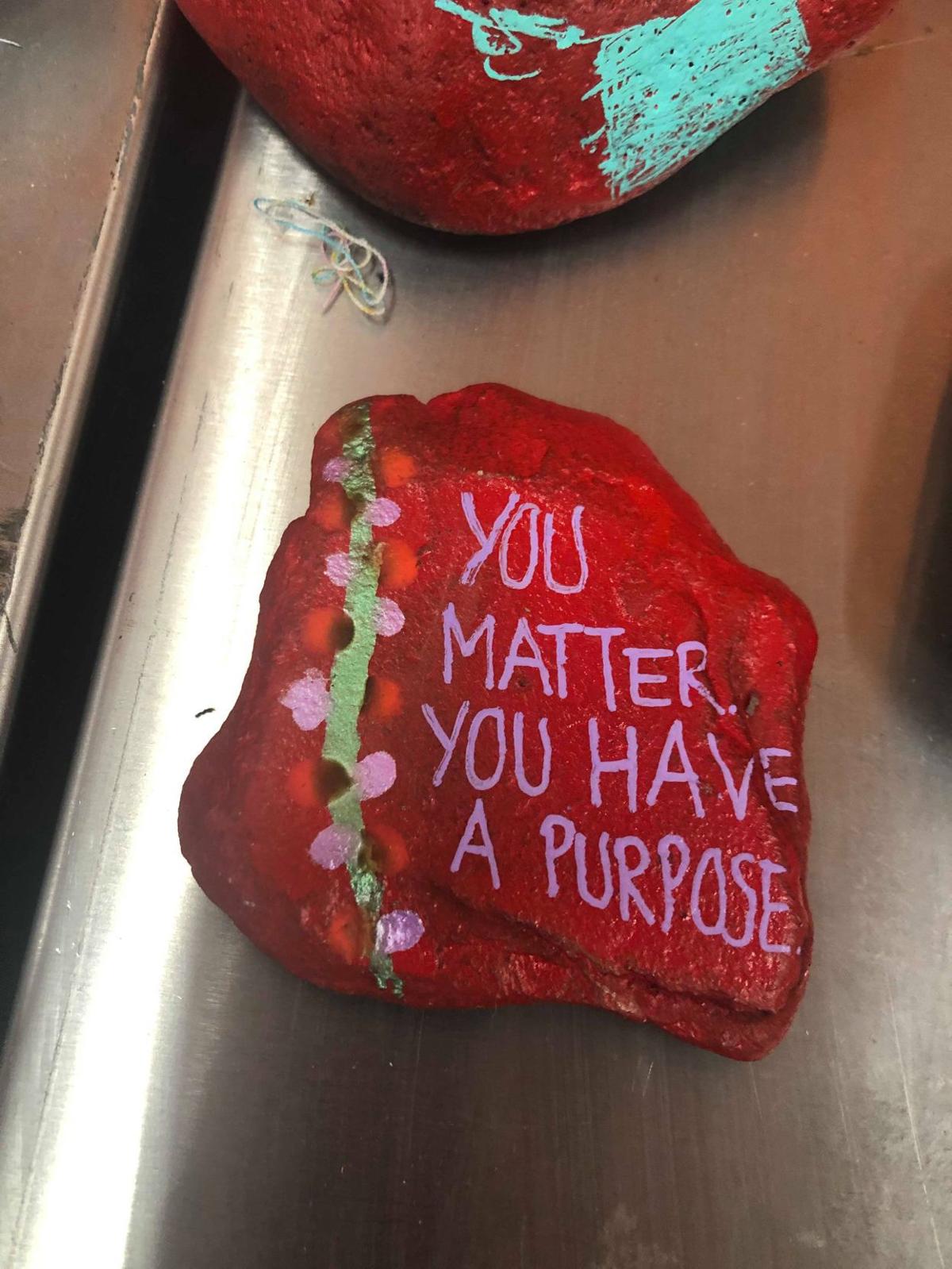 The event hoped to spark important conversations about mental health and suicide prevention. 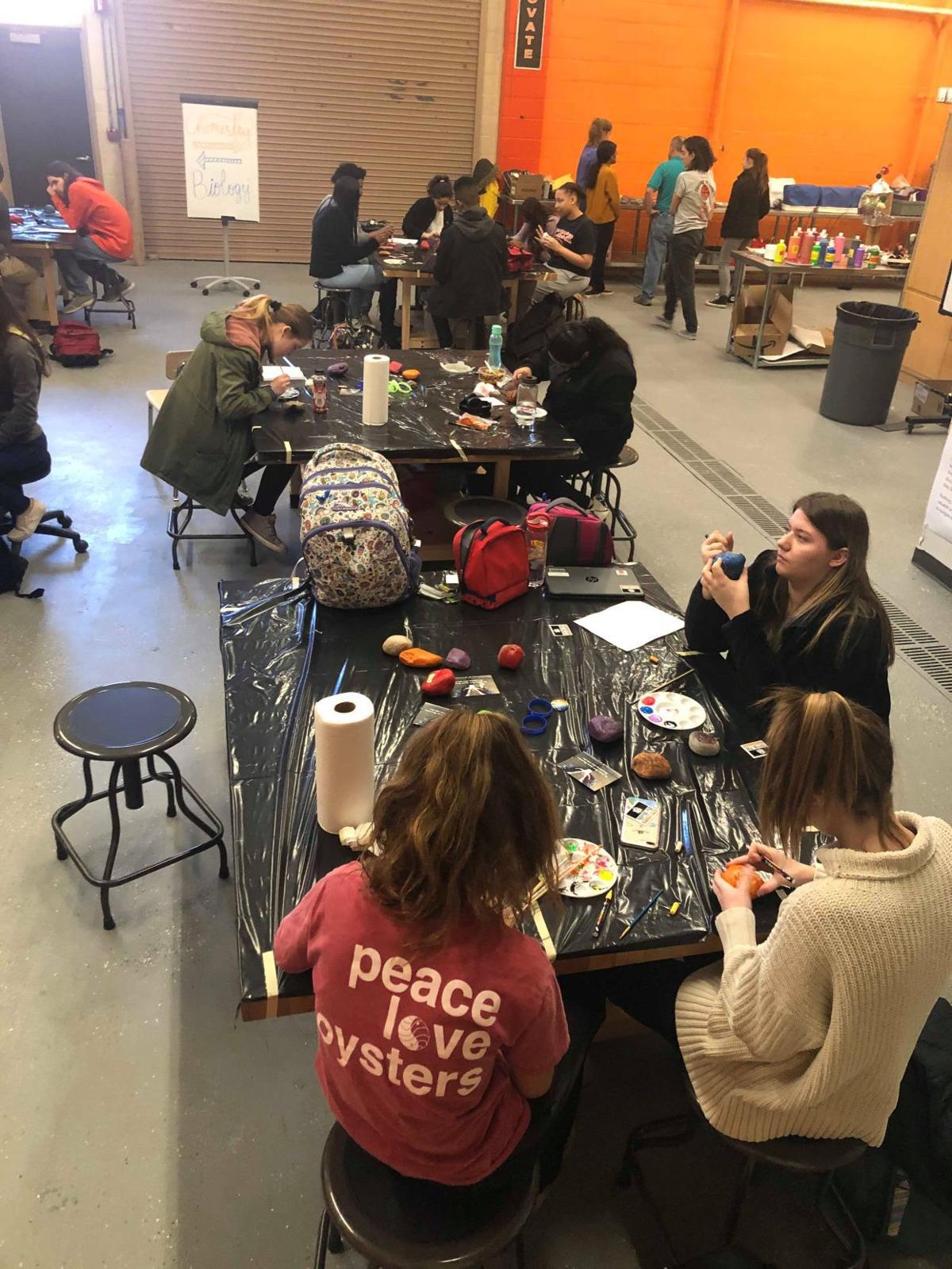 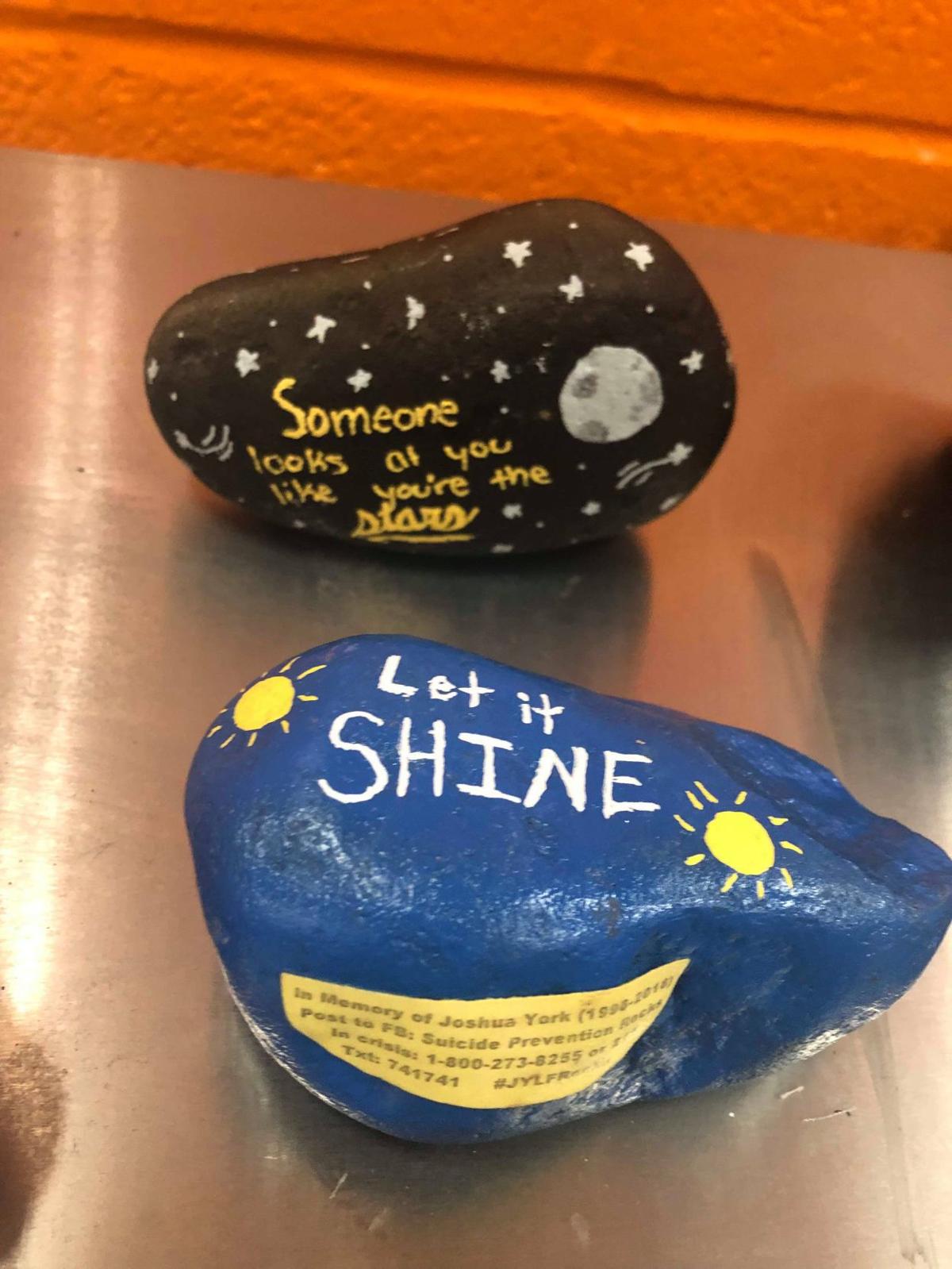 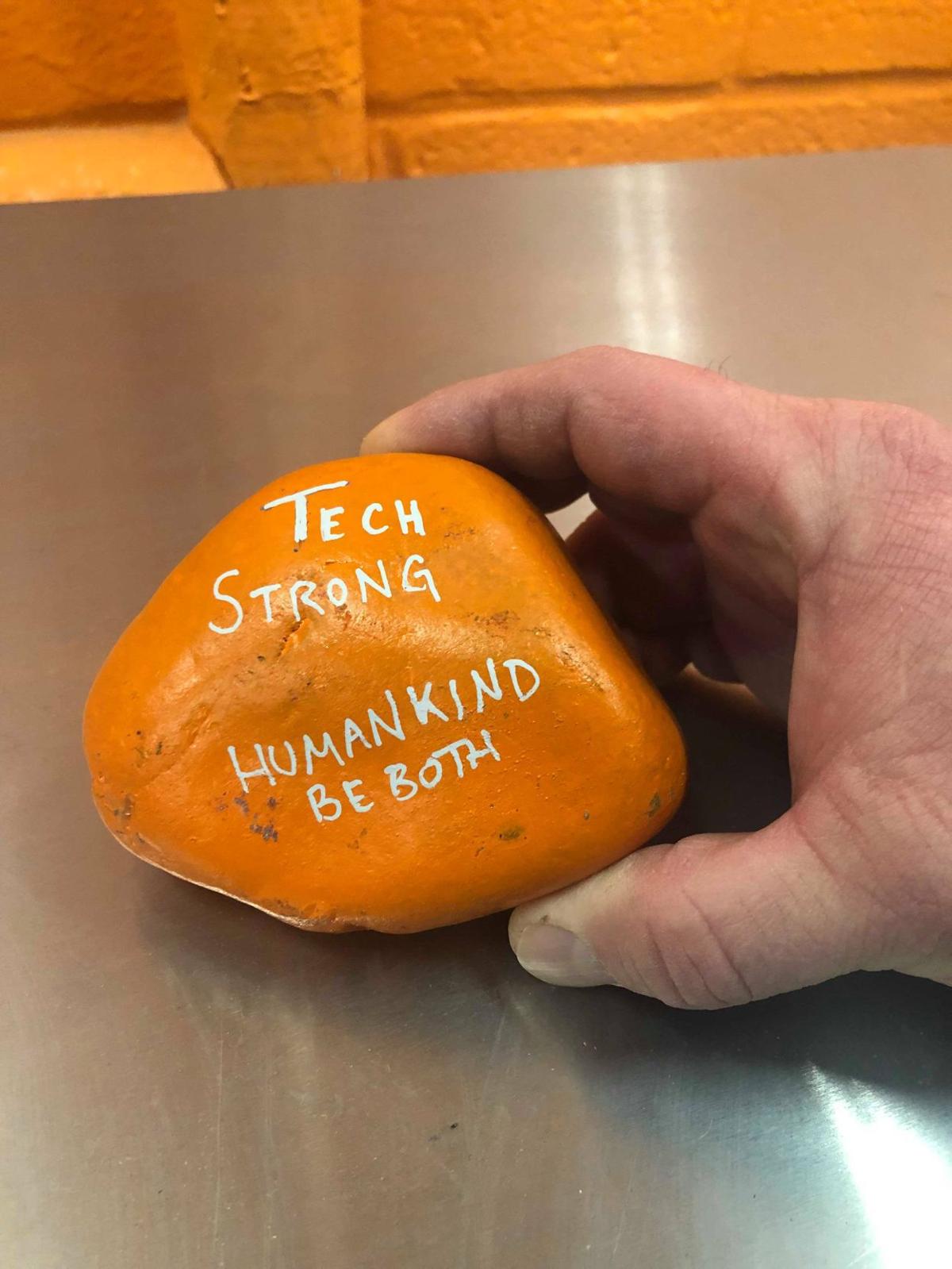 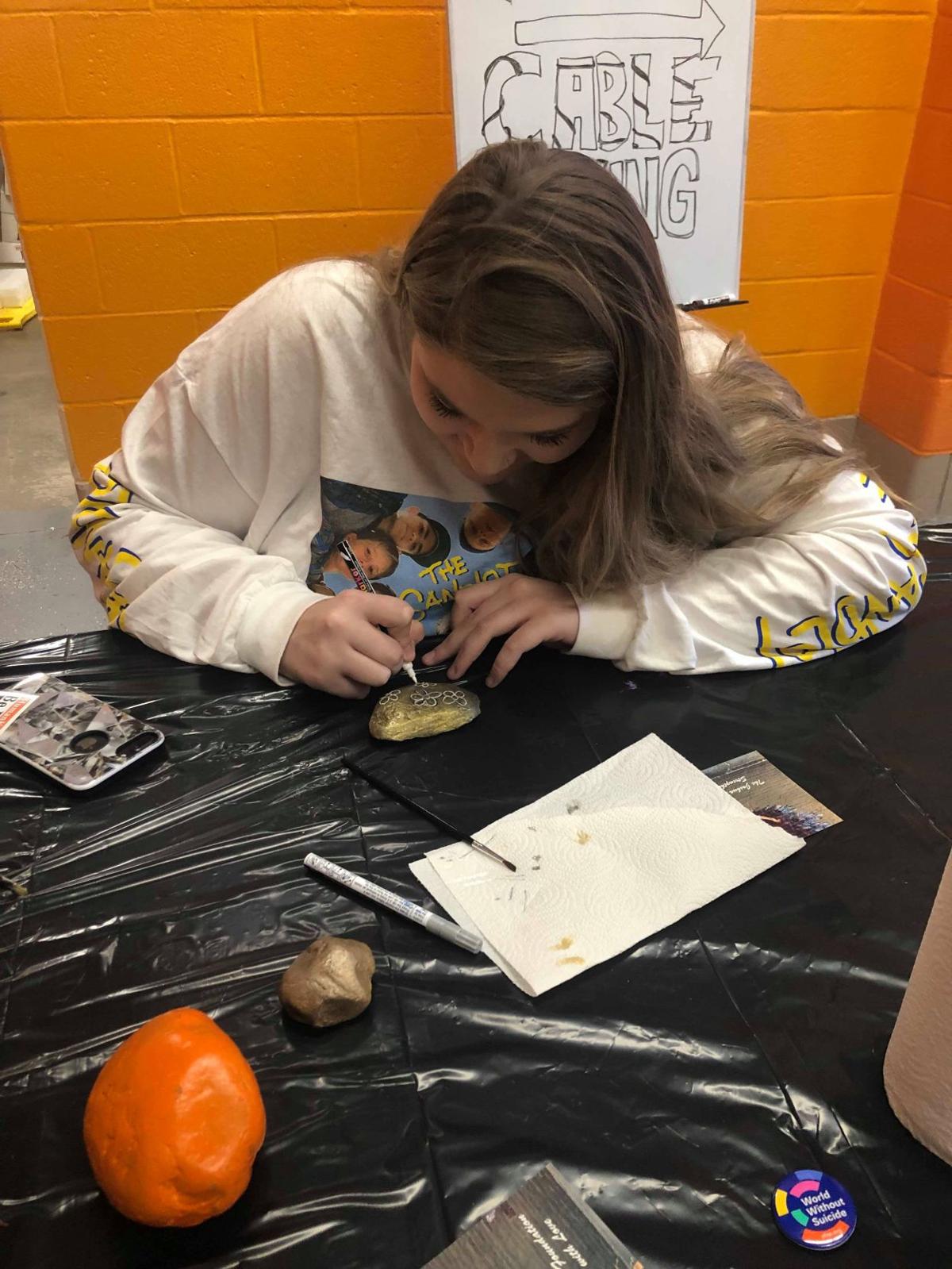 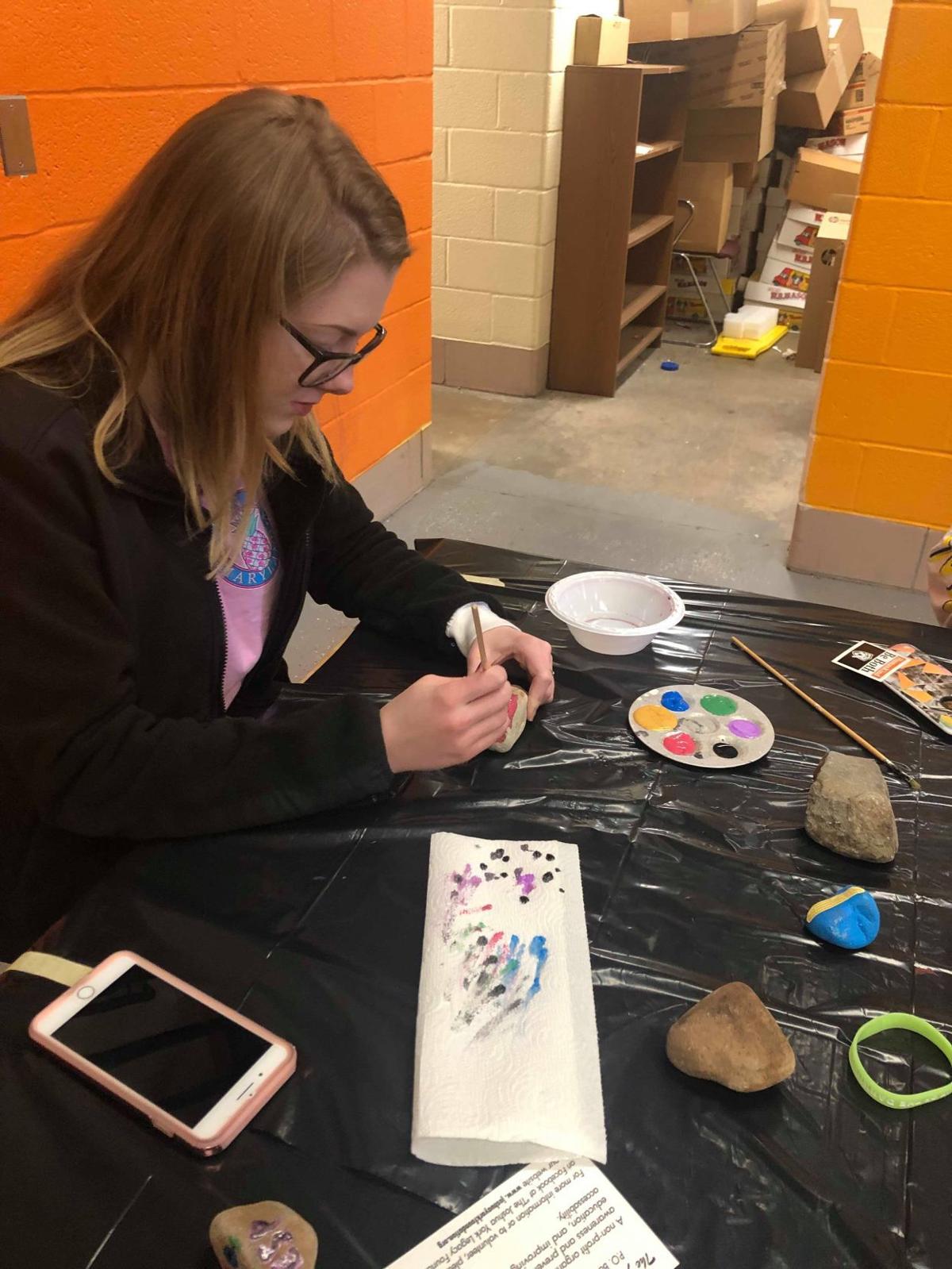 Eastern Tech students painted rocks with inspirational messages for a future rock garden at the front of the school.

The event hoped to spark important conversations about mental health and suicide prevention.

Throughout the month of December, students at Eastern Technical High School have been inspiring positivity with activities and projects focused on fostering community and discussing mental health.

In November, the school suffered a devastating tragedy when their school resource officer Joseph Comegna committed suicide inside his office during class hours. Despite the aftershocks of this loss, the school decided to use it as a teaching moment.

Senior, and one of the events’ lead coordinators, Hana Hardwood said ETHS principal C. Michelle Anderson and members of the guidance department worked collaboratively with a group of students to create a month-long event where students could come together, have important discussions, and work through the trauma of Comegna’s death.

The goal and slogan of the past month, Hardwood added, was to make humankind more human and more kind.

“It’s incredible to see that we [the students] have been leading the entire initiative,” she said. “It’s really been student-embraced. At every event we have, I see new faces. If we get even a smaller group feeling more positive, that’ll rub off on the whole school. The culture here is already amazing. It was just the small parts, like creating positivity and supporting each other.”

For example, last week the school’s Makerspace was transformed into an art classroom as over 100 students over a two-day period hand-painted rocks with feel-good messages. The rocks were a project through the Joshua York Legacy Foundation, an organization White Marsh resident Bill York created in memory of his son, an Eastern Tech graduate, who took his own life this summer.

The rocks featuring colorful doodles and inspirational quotes will eventually be used in a rock garden at the school’s entrance.

Discussions about suicide are difficult, York said, but they are important.

“Nobody ever talked about it. It broke families up, people were grieving, and there was such a stigma and that’s one of the things I’m trying to change, one person at a time.”

Through the rocks and other projects, he hopes the foundation will encourage more people to be open about their struggles and inspire others to be kinder and more supportive.

“We all share similar goals and we’ve all been affected. What you’re doing here is local, but the movement is worldwide,” York told students during his presentation. “It’s not just one rock. These rocks will be found and reshared.”

He told the Avenue News that his foundation hopes to “help people heal” from their own personal hardships while keeping the memory of his son alive.

Hardwood said the events throughout December also hope to inspire students to put down their cell phones and earbuds in order to have more interpersonal, face-to-face conversations

Organizer Jemima Sammanasu, a junior, said that the death of Ofc. Comegna not only affected the student body but the staff and administration who worked closely with him as well.

“I’m really glad to be a part of this because we want to help our administration out. I’m really proud of this.”

“Everyone really came together,” said Hardwood.