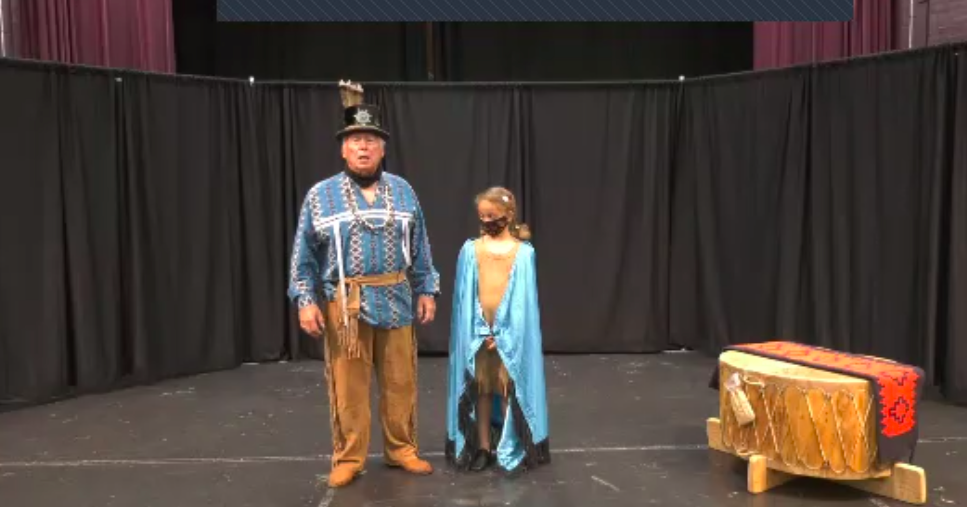 Dr. Dennis Seymour and his Goddaughter, Felicity Forest, in their Native American Regalia. 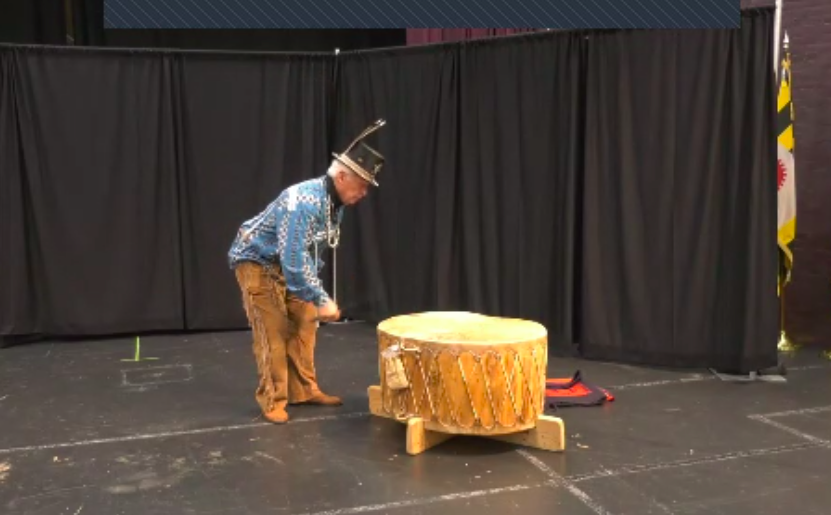 Dr. Dennis Seymour and his Goddaughter, Felicity Forest, in their Native American Regalia.

BALTIMORE COUNTY — As Dr. Dennis Seymour walked up to the podium to speak at the Community College of Baltimore County’s first Indigenous People’s Day celebration, he proudly played a traditional Native American beat on a drum before saying a prayer to “The Creator.”

“Grandfather hear me. We are humbled before you. Teach us to heal ourselves, heal each other and heal Mother Earth,” Seymour said as 200 plus people tuned into the virtual celebration.

Seymour, who is CCBC Dean Emeritus at CCBC and Eastern Band Cherokee, was one of the several speakers at the celebration who spoke about the importance of recognizing that Indigenous People had founded what is now the United States long before Christopher Columbus.

“[We are] recognizing the history of the folks who occupied this land for 10,000 years—not the 500 years of the colonization of the Europeans,” Seymour said.

“Columbus never set foot on the North American Continent and when he first arrived in the Bahamas and encountered the native people he talked about how proud they were, how friendly they were, how often they provided sustenance to his people and in the same paragraph he said how easy it would be to enslave them. So that is the history we are overcoming and trying to correct.”

The state of Maryland, according to Seymour, does however have a history of supporting Native Americans by officially recognizing, since 2000, the day after Thanksgiving as Native American Day.

Seymour went on to say that there are around 58,000 who declared to be Native American in Maryland’s last documented census and that CCBC has always been a big supporter in the Native American community in Baltimore County.

Dr. Sandra Kurtinitis, President of CCBC, said before Seymour took to the podium that CCBC has always strived to support Native American students but that there is room for the college to do more to respect the heritage of Native Americans.

“[CCBC] is recommitting itself to an equity agenda to commit more than ever to see the work that we do through the lens of the eyes of the people that we serve,” Kurtinitis said.

“I want to be clear, “she continued, “celebrating Indigenous People’s Day is not an intended slight to Italian Americans and naming the people who claimed to have discovered America and that goes beyond Christopher Columbus. What it is, instead, is a recognition of a deeper, much older claim to the land.”

The celebration then transitioned into a more educational component where Seymour demonstrated the Shawl Dance. The Shawl Dance, according to Seymour, is a two step dance where the performer raises his or her right arm when the Honor Beat is played on the Powwow drum. Seymour explained that the Honor Beat is a series of four consecutive loud beats on the drum that are audibly different from the steady two beat rhythm that is played while the dancers perform.

“The Honor Beat signals to the dancer to honor the drum. The drum is the heartbeat of the natives and people are to think about their ancestors while they dance,” Seymour said.

Seymour also talked about the clothes he and his Goddaughter were wearing and said that traditional Native American clothing is called regalia and not a costume.

“This is my own, personal regalia. I have a ribbon shirt, which would have been a post [European] contact they would have worn. They would have traded for it and taken it home and decorated it. They would put ribbons on the shirt so it would show some of their native heritage instead of looking like another settler,” Seymour said

He then addressed the top hat he was wearing—an article of regalia that was also received by colonists.

“As chiefs were fighting against the Removal Act in the 1800s they had to go to Washington and would lobby to keep their homeland. The government said, ‘you can’t possibly see the President dressed like that’ so they gave them top hats and tails. As soon as they would take the top hat home and decorate it.”

Seymour said to all the virtual viewers he hopes Indigenous People’s Day celebrations continue year after year and that more people learn about Native American history and culture.

“It’s important for us to make this an annual event and an educational event and an event that is not only one,” Seymour said, “but to make an effort every day to be equitable with the Native population.”