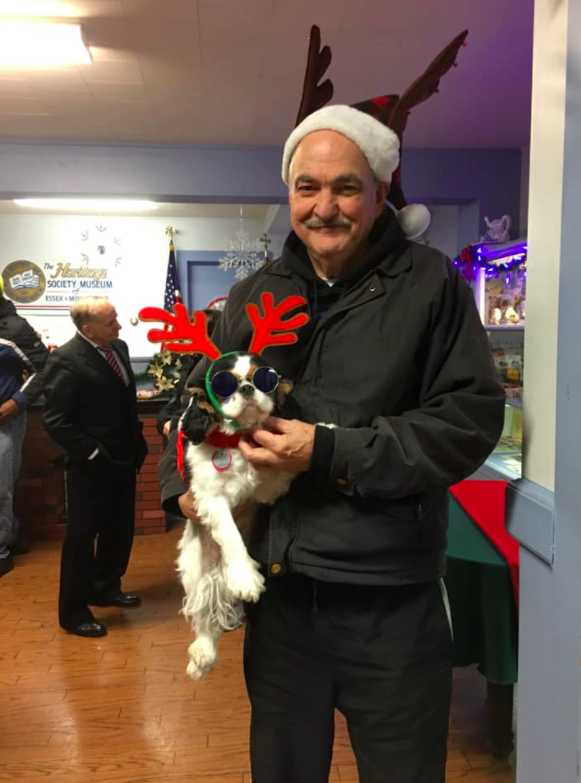 Crockett was always a huge part in community holiday events and would spread holiday cheer by dressing up his beloved dogs in the merriest outfits. 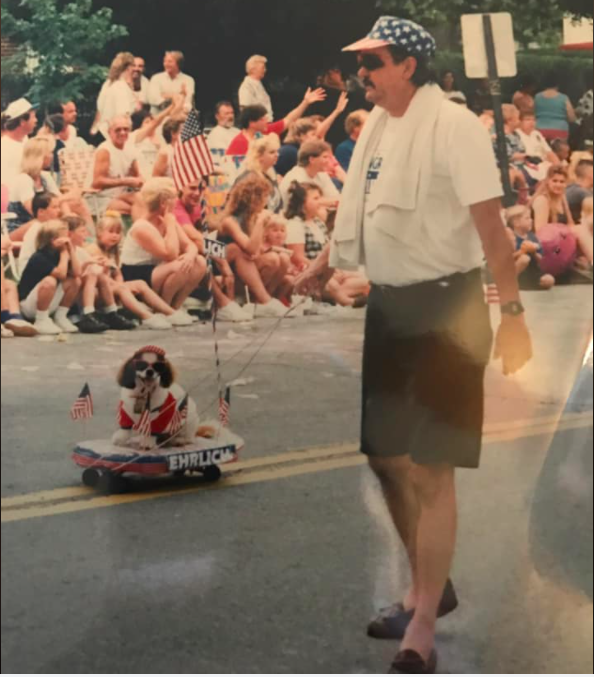 Crockett pulling his famous dog Precious in a community parade. 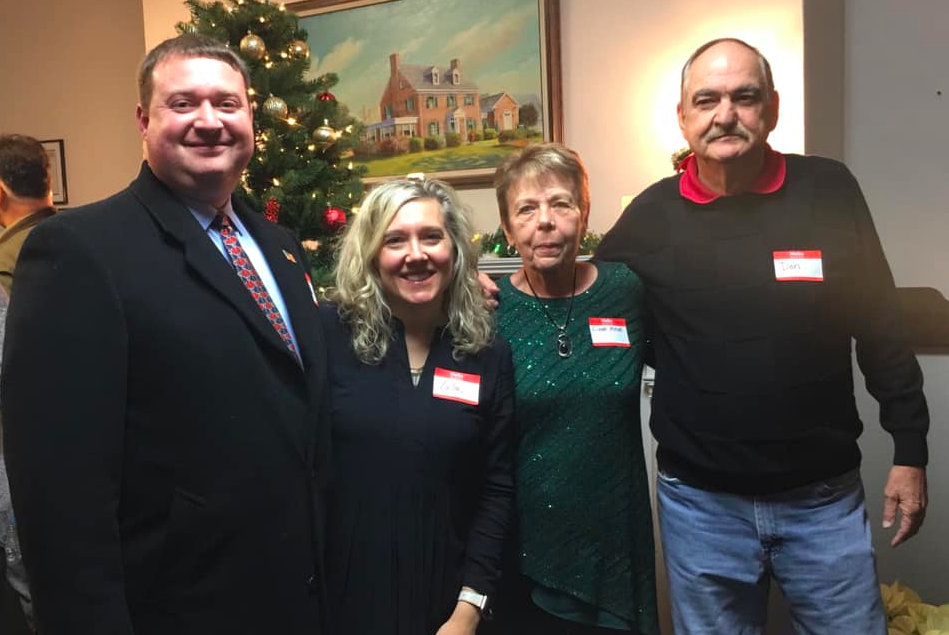 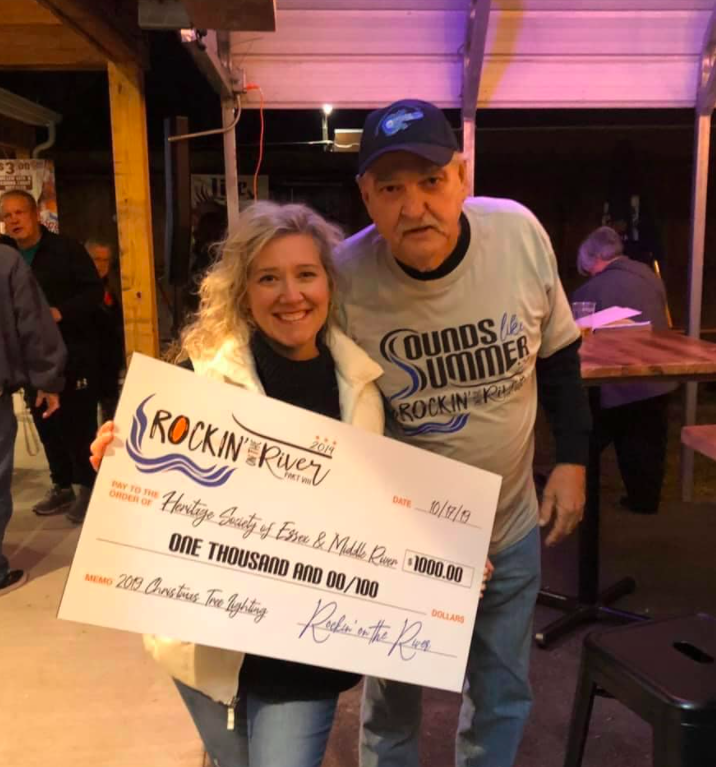 Crockett holds up a check with money raised at a rocking on the River event with Lisa Harlow.

Crockett was always a huge part in community holiday events and would spread holiday cheer by dressing up his beloved dogs in the merriest outfits.

Crockett pulling his famous dog Precious in a community parade.

Crockett holds up a check with money raised at a rocking on the River event with Lisa Harlow.

ESSEX—Essex lost a keystone member of its community last week—Don Crockett. He was known as a political activist, hard worker, veteran, avid dog lover, and most of all, a genuinely caring guy who was always looking for ways to support Essex.

“Once Don got on board with a project, there was absolutely no stopping him. Forget about giving 100%, Don always gave 1000% to anything he touched,” said Lisa Harlow, a friend of Crockett and fellow community organizer.

“The passing of Don is a real loss to Essex and the surrounding communities. He will be missed by so many people, and we can only hope to continue his legacy of giving.”

Crockett’s history of being a community volunteer and organizer started back decades ago when he moved to Essex in the 1970s and became a liquor board inspector. He quickly fell in love with the area ( friends say he hardly ever wanted to go anywhere outside the Essex/ Middle River communities) and became involved in local organizations and volunteered his time in both local Democratic and Republican political campaigns.

A key tactic Crockett used to bring people together, whether it was at a community event or a political rally, was to bring his King Charles Spaniels and dress them up in outrageous outfits. One dog in particular, named Precious, was known to even hop on a skateboard whenever she and Crockett participated in community parades.

One of Crockett’s dogs was named Hey. Rob Baier, a friend of Crockett said he named the dog Hey, “because he kept saying, ‘hey, stop that” or ‘ hey, do this. Hey, hey, hey.” So, eventually he just named it Hey,” Baier laughed.

Each dog Crockett had, he treated like royalty— appropriate treatment for KING Charles Cavalier Spaniels.

“He absolutely loved his dogs and was just a devout owner. He would rescue dogs too, he wouldn’t just go to a breeder and I love when someone rescues a dog. He was a very caring individual and very patient and considerate. He will be missed—I wish every client could be like him.”

Baier said he was in contact with Crockett during his final days and said he reassured Crockett that his dog would be taken care of.

“Any conversation we had revolved around the dogs and making sure he knew he would be ok. It was hard for us to communicate with him because he was on oxygen and you couldn’t really understand him but we just kept telling him [ the dog] was in good hands.

Baier, who owns Starleigh Entertainment, first met Crockett during the planning stages of the first Rockin’ on The River festival, an event Crockett started ten years ago where people would flock to hear local bands and raise money for local organizations.

“ [Crockett] brought me into the fold to handle all the entertainment. We hit it off right away. He’s just a good dude from Essex and we were friends ever since.”

Baier said he would frequently get lunch with Crockett at Woody’s where they would “talk about nothin’ or what he was going to do next to raise some money to help out—that’s the kind of guy he was.”

Baier said Crockett would even donate his own money to a non-profit if for some reason the Rockin’ on the River revenue ran dry.

“He bent over backwards for people, he really did. He was always looking for ways to raise money. I even heard that he ended up giving a charity money out of his own pocket because we had already allocated money to other charities. Something popped up and he just wrote the check on his own and said , ‘here, this is from us.’’’

While Baier said Crockett was as selfless as they come, he wouldn’t hesitate to cut ties with people if they ever did anything he didn’t like to one of his friends.

“If you double crossed his friends, it was not good for you. He was 100 percent a loyal friend,” Baier said.

Baier also said Crockett was full of quirky one-liners that would have everyone smiling.

“He would say, ‘I came into this world with nothing and I had most of it left,” Baier said.

Crockett was a guest at the Avenue News’ Christmas party in past years and always embodied such joy and love—making the holiday season for our staff and all our guest all the merrier.

All of us at The Avenue News will greatly miss Crockett but we know he is now at peace with Precious, Hey and all his other furry friends watching over his beloved community.