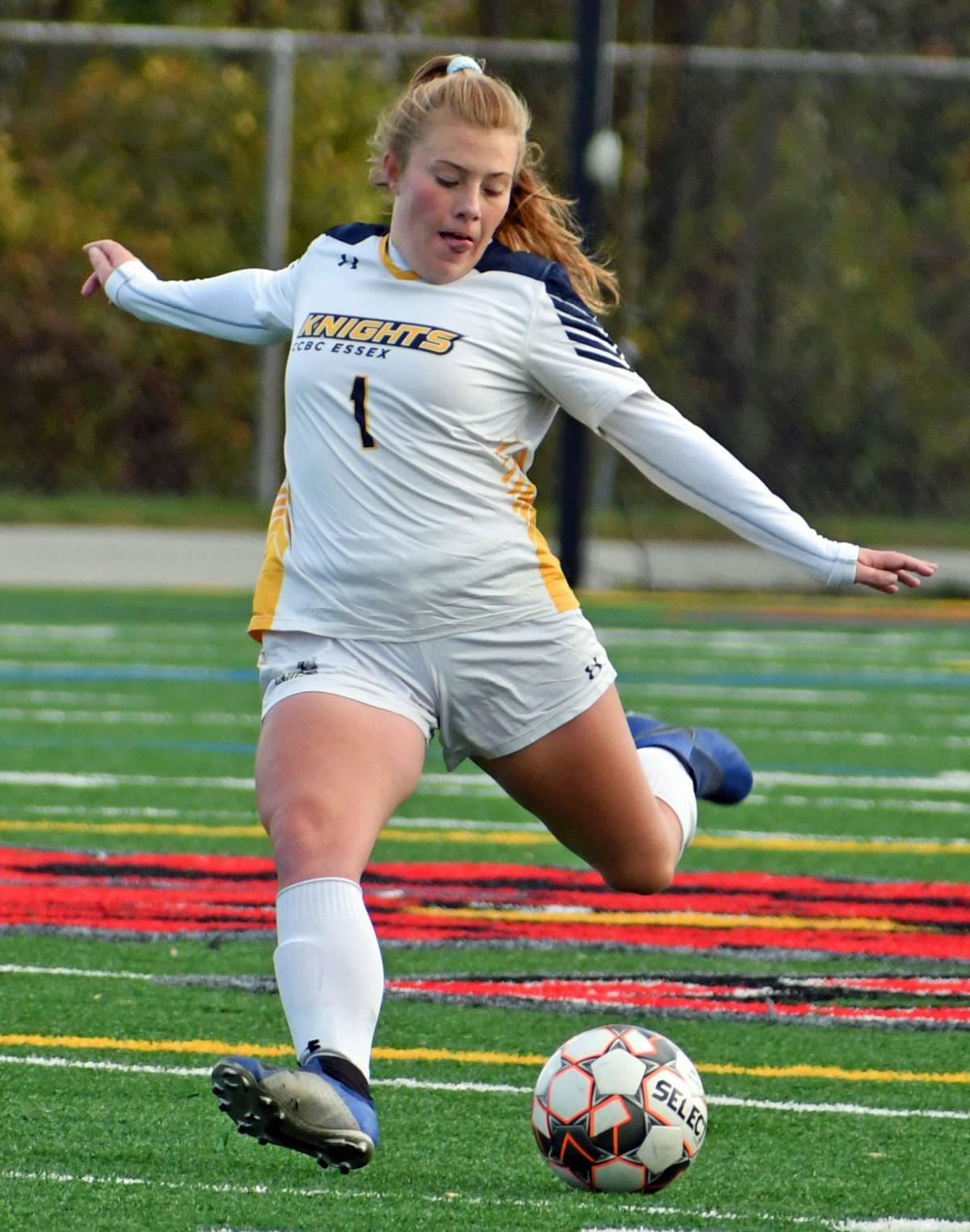 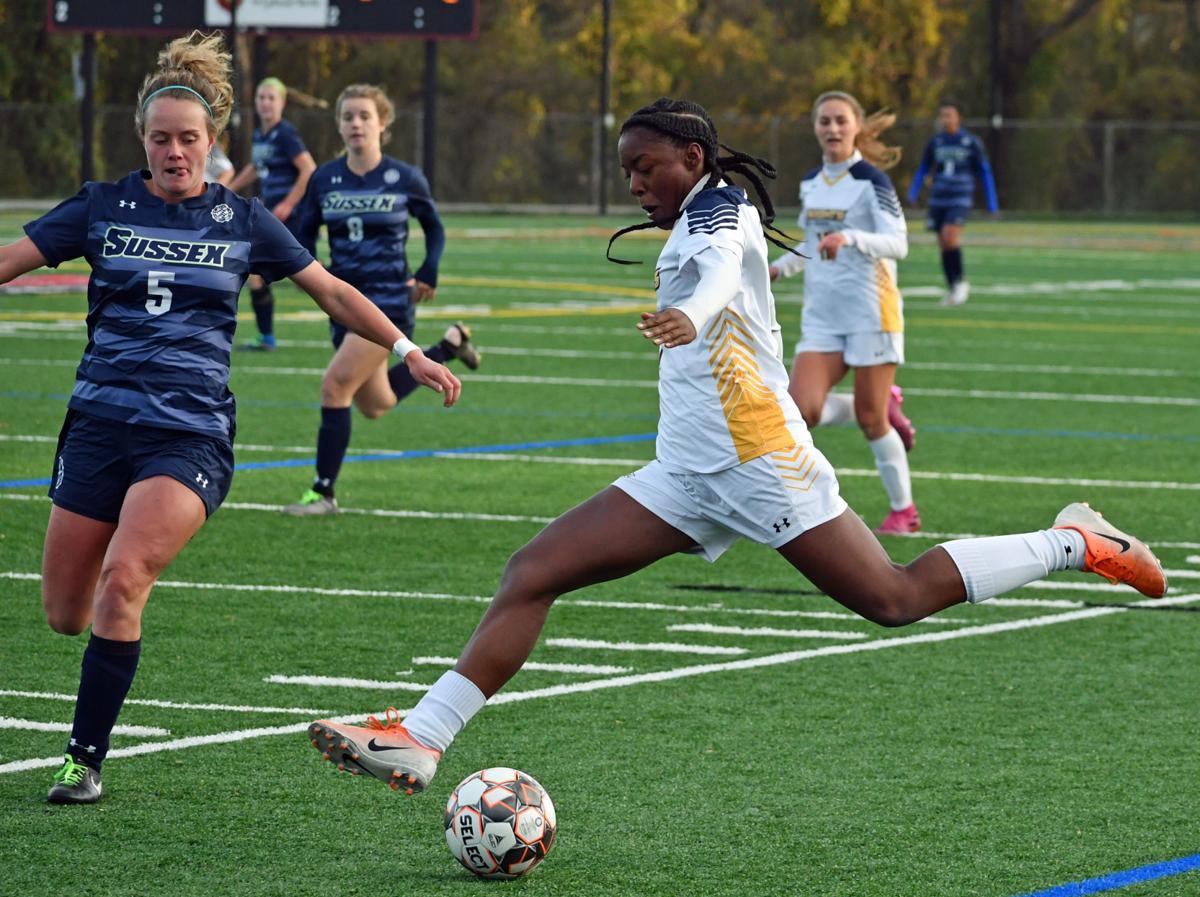 Taylor West prepares to fire a shot at the Sussex County goal. 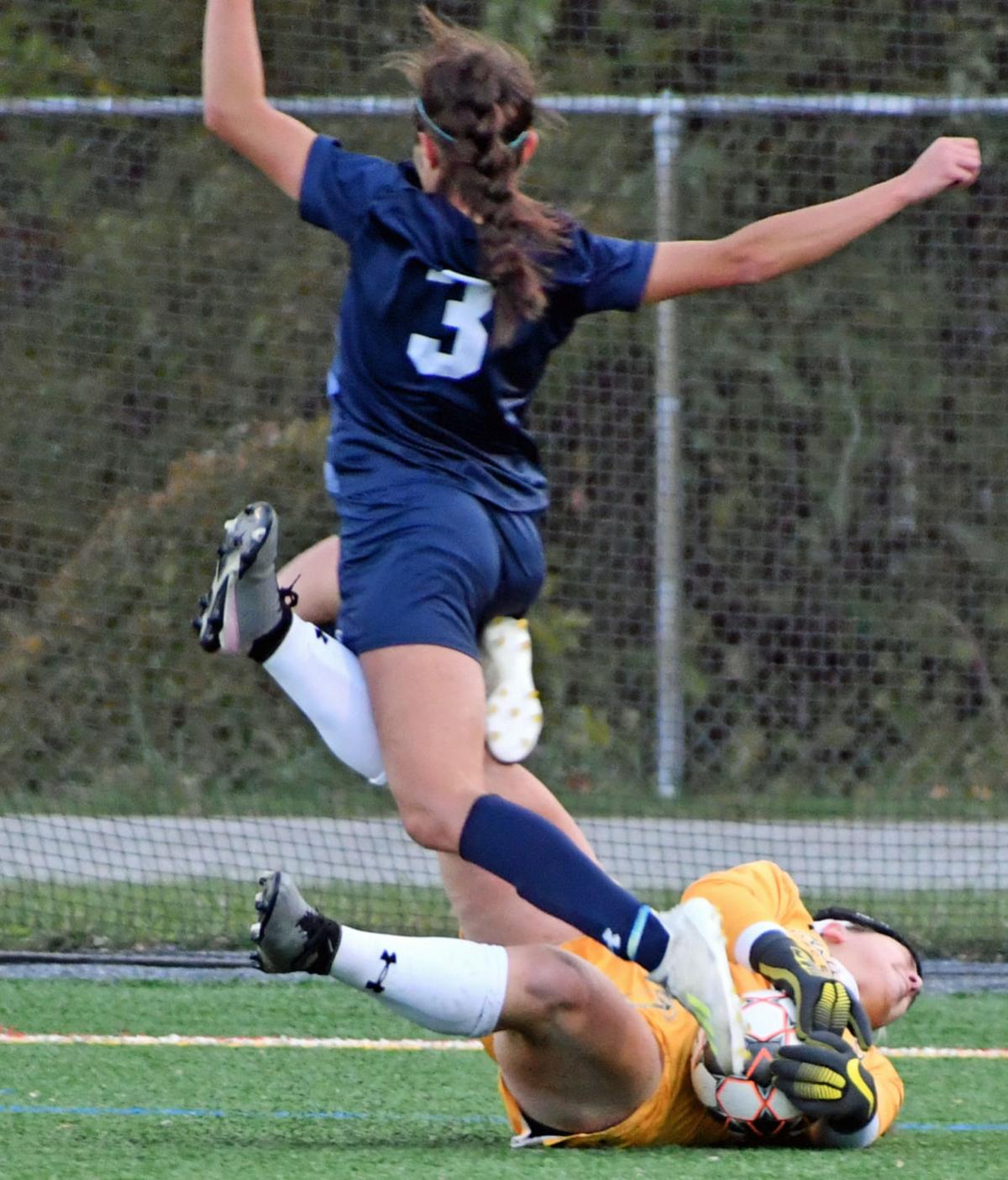 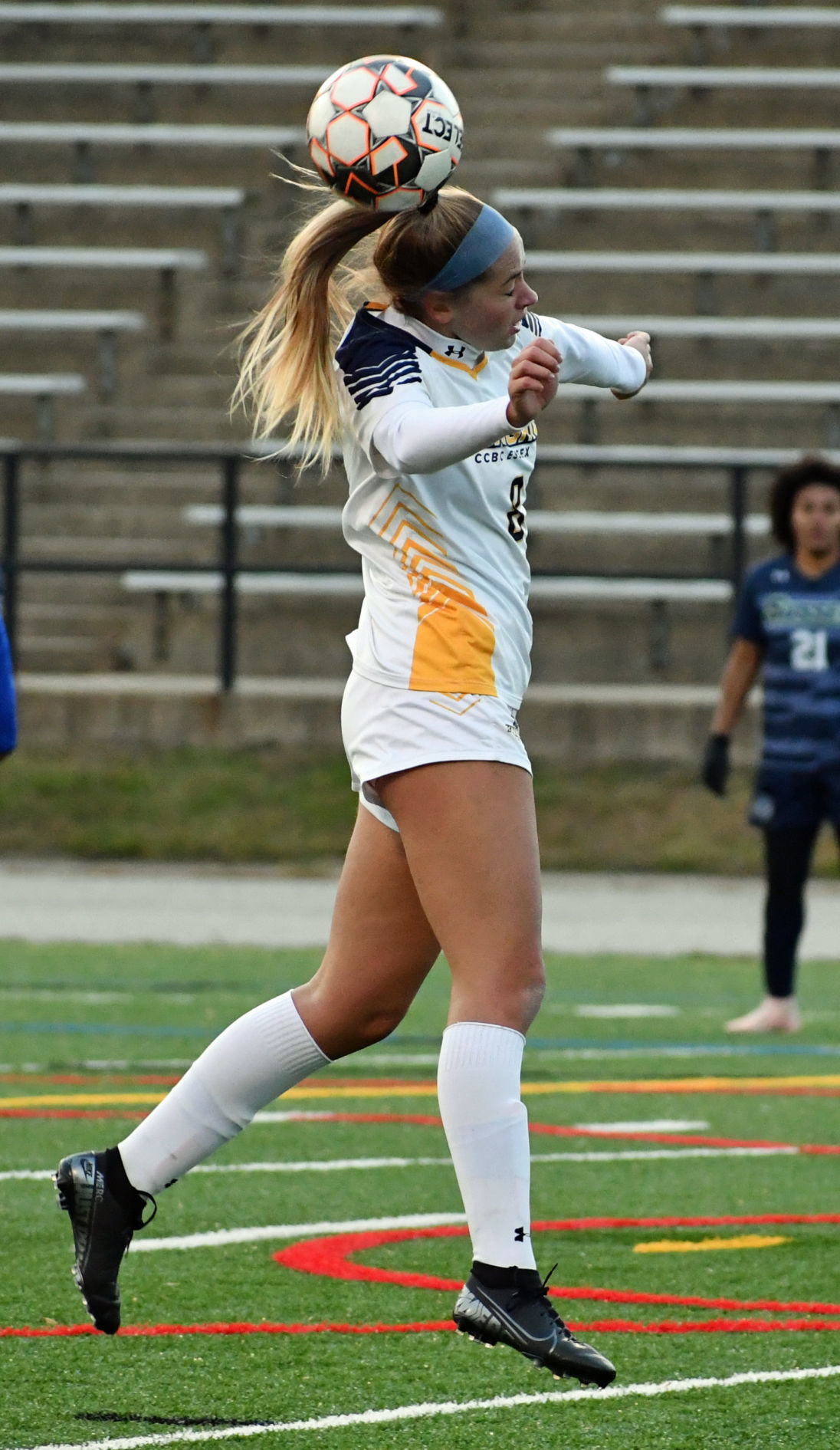 Taylor West prepares to fire a shot at the Sussex County goal.

Fortunately for the Knights, the 19 consecutive wins between losses to Monroe earned Essex an invitation to the National Junior College Athletic Association (NJCAA) championship tournament in Melbourne, Florida.

Monroe, the top-ranked team in the NJCAA, defeated Essex 6-1 on Saturday in the Northeast District championship game at CCBC Catonsville.

The Mustangs took a 2-0 halftime lead and extended it to 6-0 before a goal by Taylor West in the final minute averted the shutout.

While the 6-1 score seems lopsided, it was a 10-goal improvement over the 15-0 loss Essex suffered against Monroe (11-0) in the first game of the season (the Knights were missing six starters in that game).

The latest of the Knights’ 19 straight wins came on Friday in the Northeast District semifinals, a 2-0 win over Sussex (N.J.) County.

The Skylanders entered the game with a 14-1 record and had set a school record for goals this season with 103.

That total remained at 103, as the Essex defense held Sussex to three shots on goal, all saved by keeper Sam Tornatore (Eastern Tech).

Sparrows Point graduates Emily Vetri, a midfielder, and Danielle Zacierka, a forward who played back for much of the game, were a key part of the Knights’ defense along with midfielders Boyle and Ashlyn Hales (Eastern Tech).

The Knights, meanwhile, took a quick 1-0 lead on a goal by Kara Dietrich (Perry Hall) just under nine minutes into the game.

Dietrich collected a pass from Mikayla Boyle (Eastern Tech) right in front of the Sussex goal. With a defender on her back, Dietrich shot the ball on the bounce and poked it into the Skylander net.

It was the 50th goal of the season for Dietrich, and made her the first player in NJCAA Division I soccer to reach 50 goals this season (obviously, she leads the nation in scoring).

“I couldn’t do it without my teammates help,” Dietrich said.

Dietrich added another goal five minutes into the second, taking a pass from Ryleigh Fachler (Perry Hall), beating a defender and firing a shot into the goal while in stride.

The winners of each of the four pools advance to the semifinal round on Nov. 22.

The CCBC Essex men’s soccer team saw its season end with an 8-0 loss to Essex (N.J.) County College in the NJCAA East District semifinals on Saturday.

The Knight men finished the season with a 16-4 record.