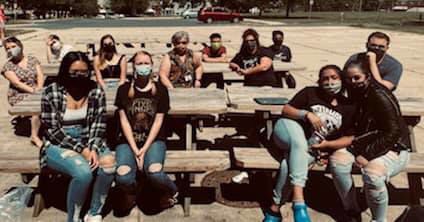 “They’ve kept me going,” Glenn said, crediting the success of the writing program to her students. “They are inspiring.” 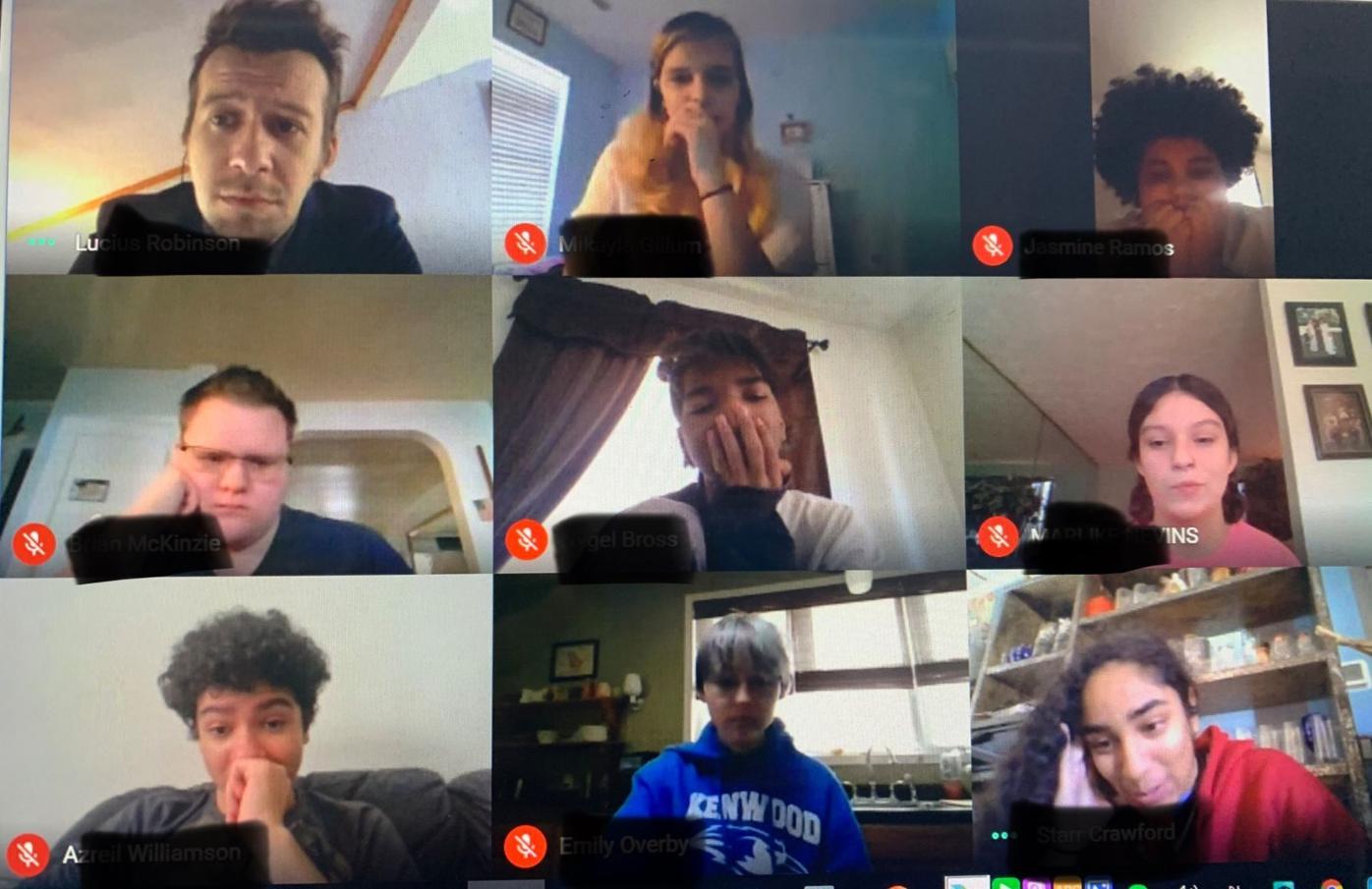 For Angela Glenn, an English teacher at Kenwood High School, there’s no surer sign of success in the pandemic era than seeing her students turn their cameras on for class. 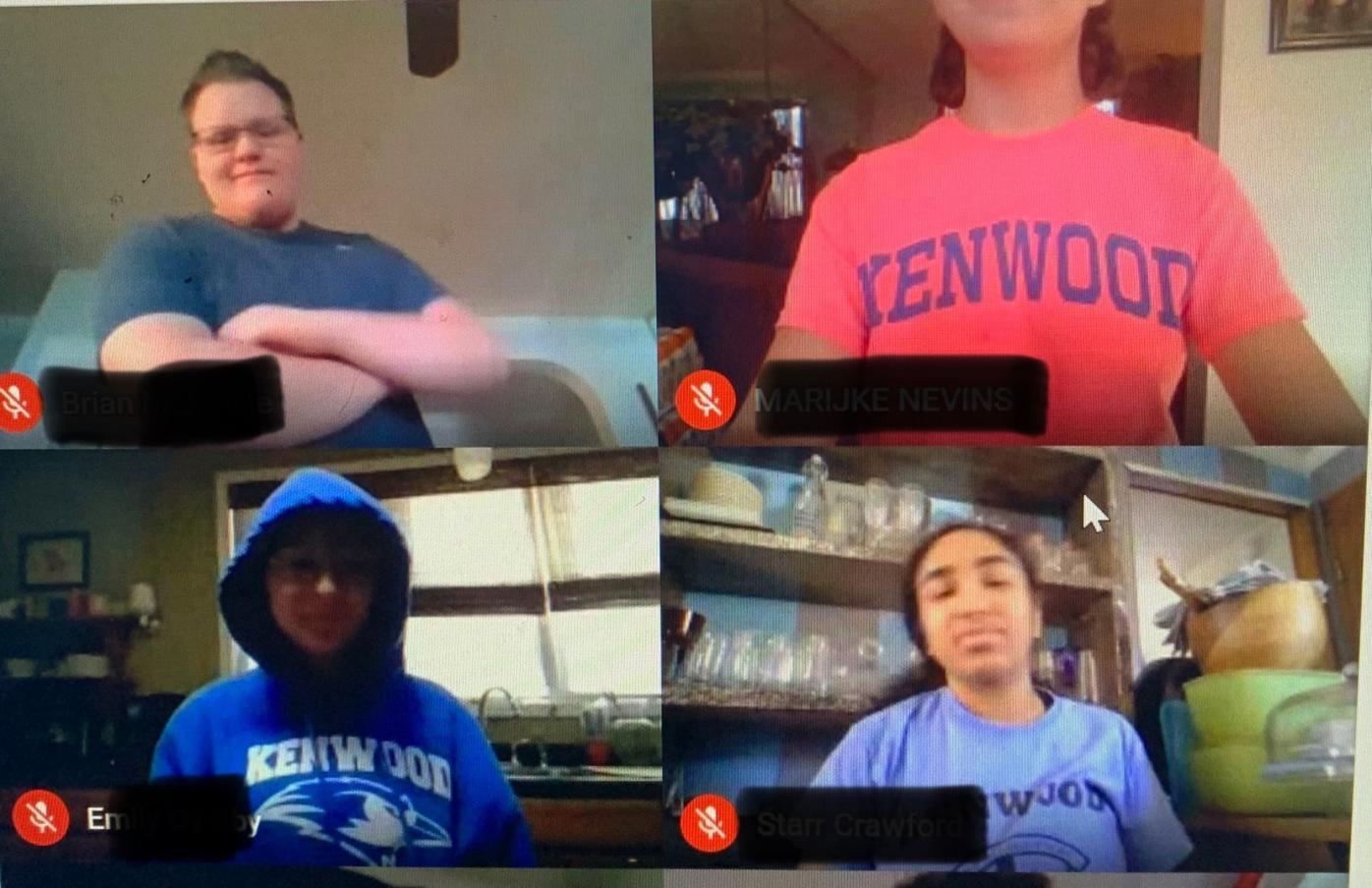 “I really enjoyed that I got to write about stuff I’m passionate about,” said freshman Azreil Williamson. “Young people need to be heard in our society.”

“They’ve kept me going,” Glenn said, crediting the success of the writing program to her students. “They are inspiring.”

For Angela Glenn, an English teacher at Kenwood High School, there’s no surer sign of success in the pandemic era than seeing her students turn their cameras on for class.

“I really enjoyed that I got to write about stuff I’m passionate about,” said freshman Azreil Williamson. “Young people need to be heard in our society.”

ESSEX — For Angela Glenn, an English teacher at Kenwood High School, there’s no surer sign of success in the pandemic era than seeing her students turn their cameras on for class. Virtual students often keep their cameras off, she explained, but this wasn’t the case in her journalism class last fall.

“It was an ideal time to totally disengage,” Glenn said. “But there they were with their cameras on, excited to be there, and we had great discussions.”

Glenn has been working for three years now to establish a writing program at Kenwood, both in and outside the classroom. She edits the school’s Eye of the Bluebird news site and loops in her colleagues Joan Cooper, who runs the literary magazine, and Sarah Barr, who heads up yearbook, to support students with a range of writing interests.

And while it may have made in-person learning more complicated, Glenn says the pandemic may have actually encouraged more students to take an interest.

There are many ways to measure success — Glenn estimates that as many as 50 students participated this past year, publishing about 80 stories. They have accumulated over 24,000 online views since the start of the pandemic — no small potatoes, considering she started from scratch back in 2018.

“It took me a while just to build the interest and build the audience,” she said. “It was a lot of building.”

Senior Brian McKinzie was one of the students in last fall’s class — and by Glenn’s account, he kept his camera on from day one. Originally recruited as a sports reporter, he had to shift gears when the pandemic hit and sports ground to a halt. Still, he went on to publish a number of stories, including his ‘History of Kenwood Sports Championships.’

Planning to study sports management at the Community College of Baltimore County, McKinzie joked that he wasn’t big on writing, but wanted to cover the sports he was involved with at Kenwood.

“I decided to join pre-pandemic,” he said. “It wasn’t what I expected, but I got a lot out of it.”

Kaylee Roth, another Kenwood senior, published a report at the end of last school year detailing how Kenwood staff ‘rose to the challenge of the times’ and what those efforts meant to her and other students. Roth credited Glenn with encouraging her to tackle the story.

“It was a little frantic at first,” recalled Roth, who is attending Towson University to study English. “But it felt good. It felt like speaking up for kids.”

For many students, Kenwood’s writing program has helped them speak out — not just about the pandemic, but on issues like race, police brutality and political protest that have dominated national discourse for much of the last year.

Freshman Azreil Williamson was one of four students who co-authored ‘We find this all really sad,’ an op-ed which ran in The Baltimore Sun two days after an armed mob stormed the U.S. Capitol building seeking to interrupt the confirmation of Joe Biden as president.

“I really enjoyed that I got to write about stuff I’m passionate about,” Williamson said. “Young people need to be heard in our society.”

Initially, Williamson just took the class for the credit. But like McKinzie, he was surprised by how much he took away from the experience. He hopes his start at Kenwood will launch him into a career writing video game scripts.

And that gets at another point Glenn tries to emphasize with her students — writing is everywhere. Every industry needs writers, and every career requires writing to some extent. In the social media age, solid writing is the bedrock for marketing and business development. No matter what your job is, being able to craft a strong email can’t hurt.

“Technical writers are highly needed,” she said. “Communications is a big field.”

Glenn would ultimately like to see the program become another career training path for Kenwood students, and is also planning to encourage students to submit more work to external publications and scholarship contests.

Junior Fiona Sinphavong is considering studying marketing or business in college, and said she considers writing a hobby. That said, she did take Glenn’s class to improve her skill, and has published a number of news reports and op-eds in The Eye of the Bluebird. She also came in second place in an Equal Justice Initiative Racial Justice essay contest with a piece of writing workshopped in Glenn’s writing program.

Like Williamson, Sinphavong said that it’s important for young people to feel empowered to speak out.

“It is important to listen to all voices, considering that, regardless of what age range they are in, people still have a voice and still have ideas they want to express,” she said. “It makes people more open minded.”

“If we aren’t the ones telling our story,” he said, “Somebody will tell it for us.”

Lauren Magnuson, Kenwood’s library media specialist who is just finishing out her final year before retiring, has helped Glenn coordinate the program and worked with a number of the writing students. After many years at Kenwood, she credits Glenn with revving up the program.

“Angela has a passion,” Magnuson said. “Her power is her belief in the kids and their voices, empowering them to make their voices heard.”

But for Glenn, the credit belongs with the students.

“They’ve kept me going,” she said. “They are inspiring.”