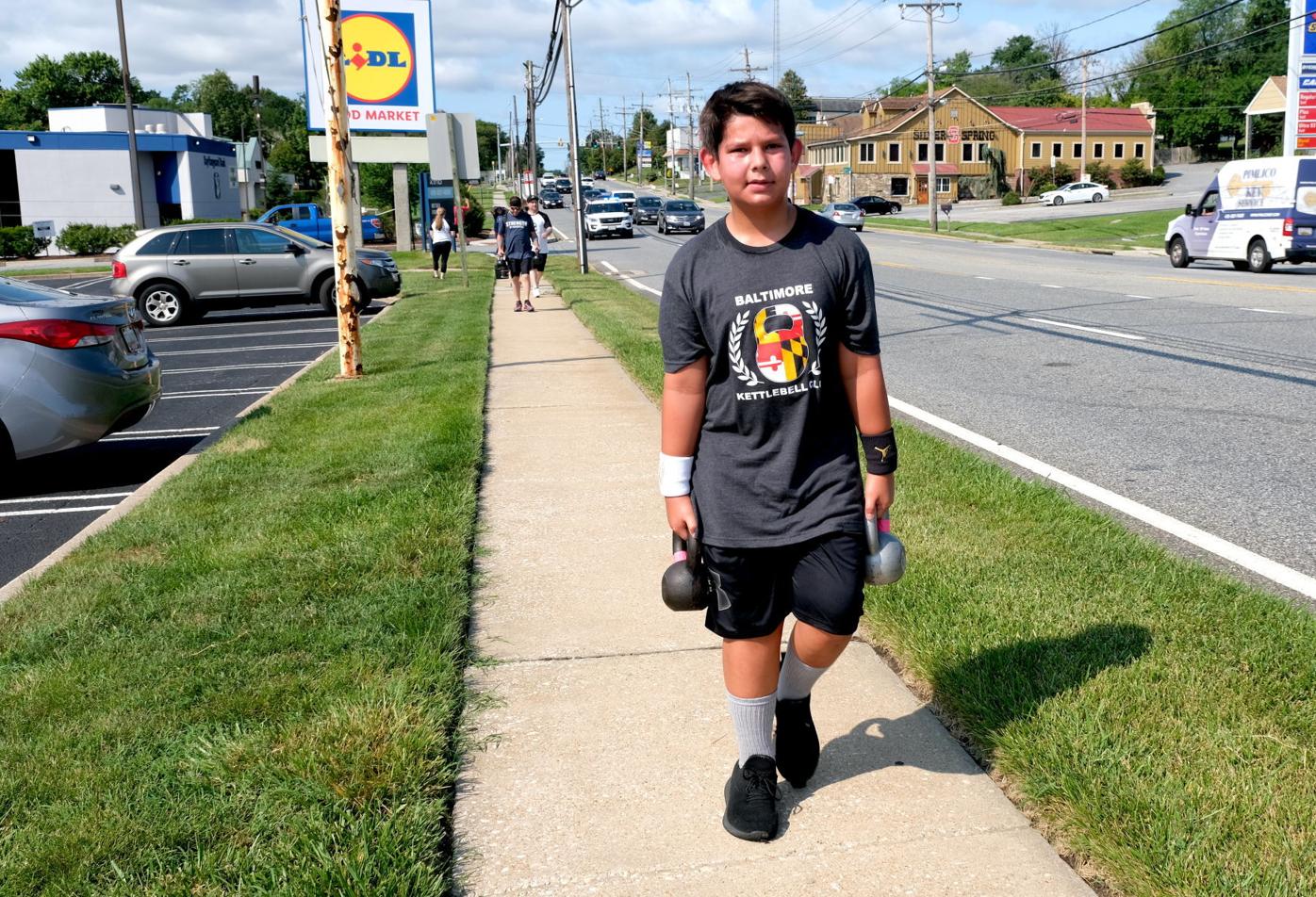 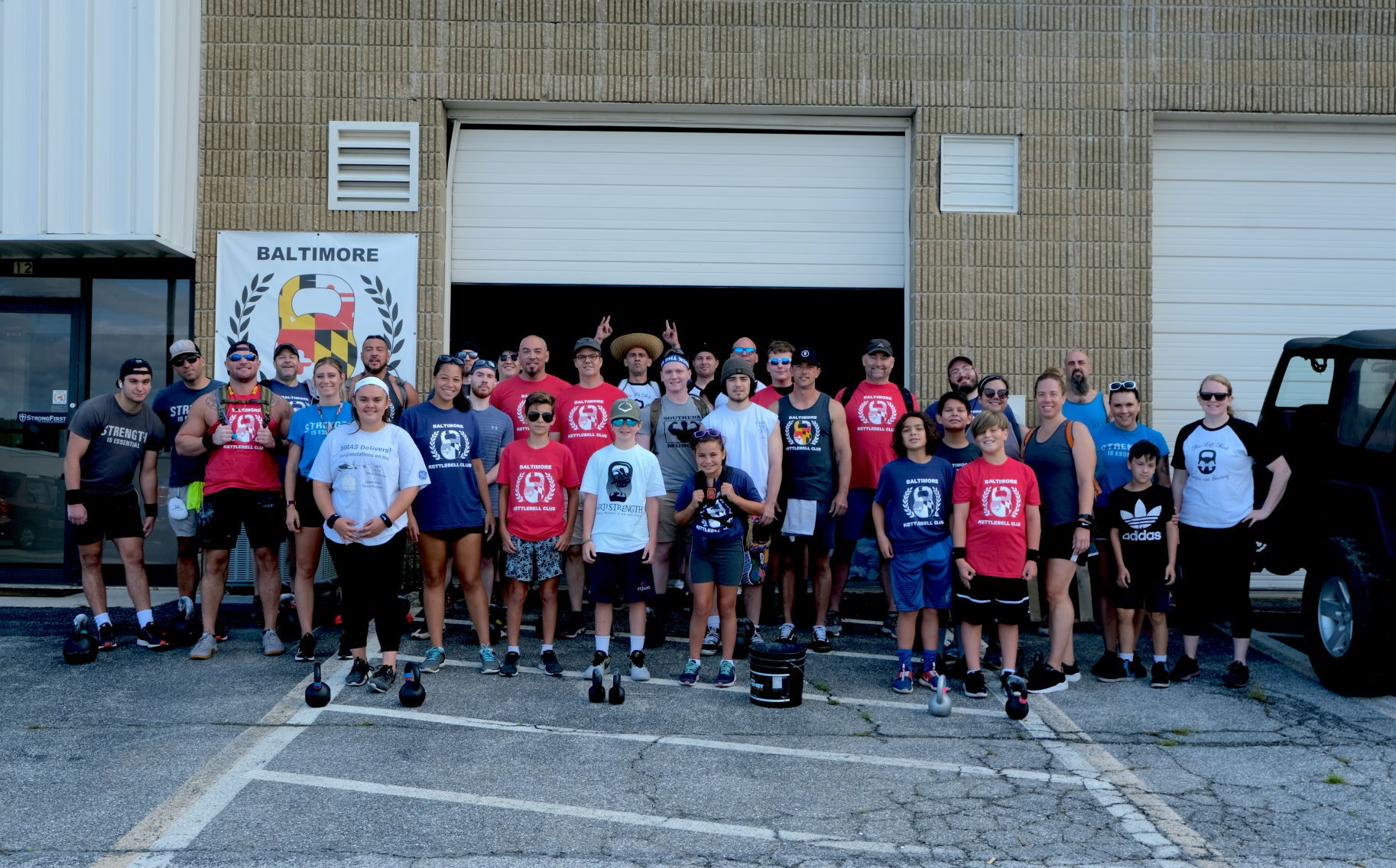 Baltimore Kettlebell Club stands outside the old facility on Belair Road before picking up pairs of kettlebells to move to new facility on Joppa Road. 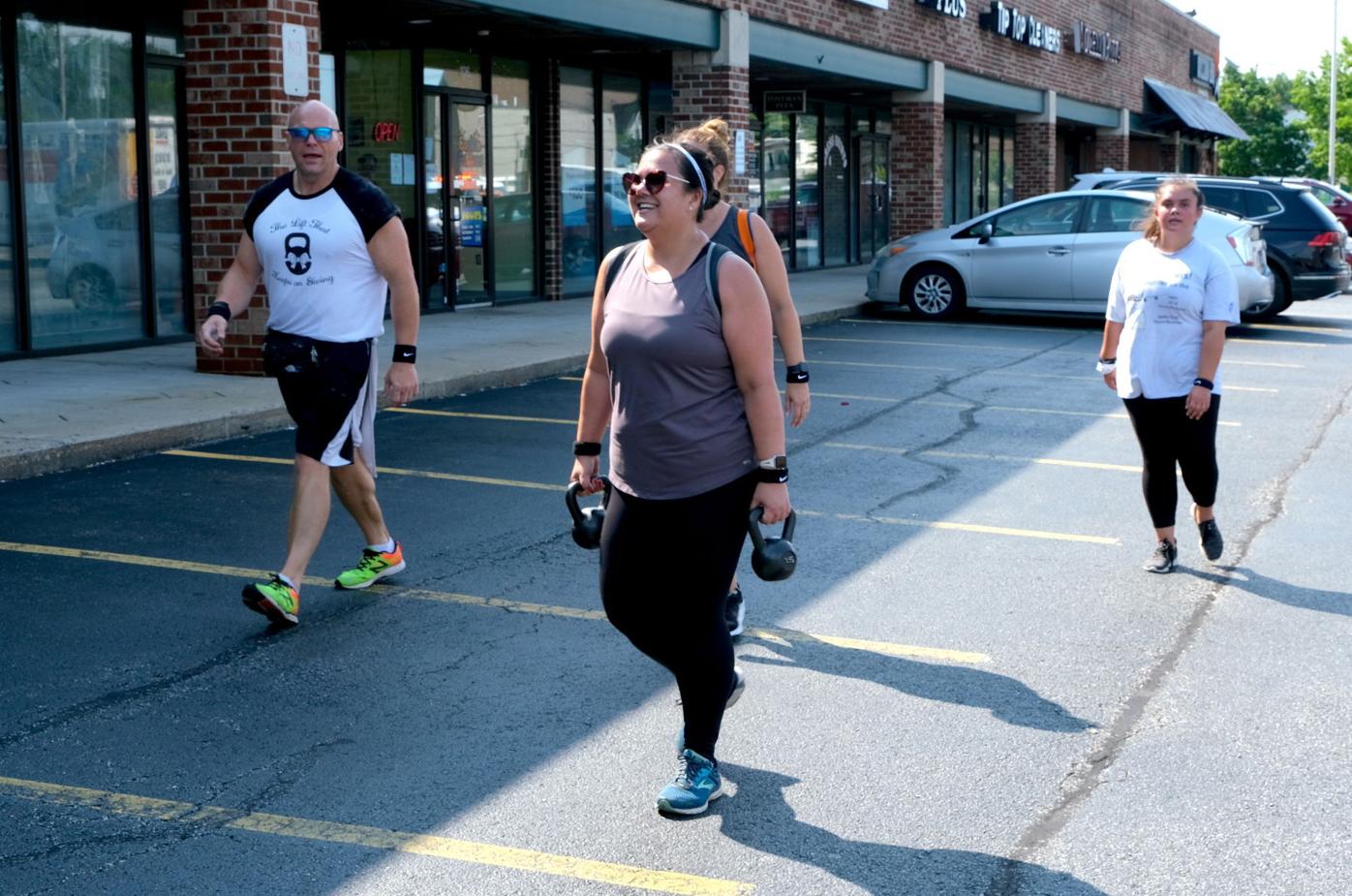 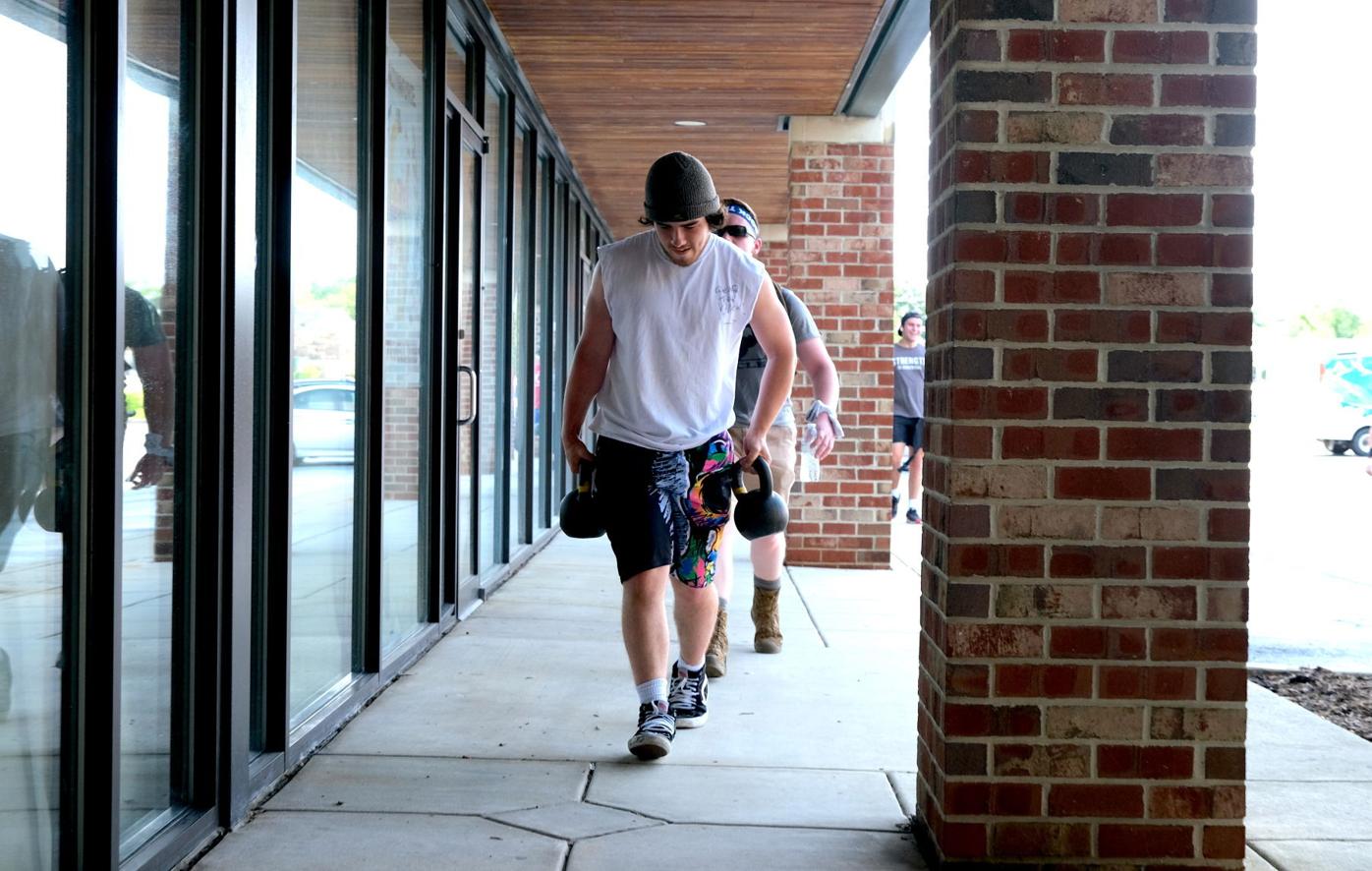 Baltimore Kettlebell Club stands outside the old facility on Belair Road before picking up pairs of kettlebells to move to new facility on Joppa Road.

PERRY HALL — Early Sunday morning in Perry Hall, over 30 athletes and fitness junkies ages 11 to 50 carried kettlebells in each hand for two and half miles from Belair Road to Joppa Road. In this challenge of muscle endurance and conditioning that is called the Farmers Walk, each participant was paired up with one or two others based on strength and would pass off the kettlebells after several strides to a partner to get to the finish. The exercise likely got its name from the fact that it mimics farmers carrying seed buckets.

“It was a great experience,” said Justin Dehart, a participant in the walk. “Everyone helped each other out to make it to the end, and the teamwork and camaraderie was really cool.”

Many of the athletes, including Dehart, are members of Baltimore Kettlebell Club, a private gym that offers courses in strongman, weightlifting, powerlifting and other specialty types of training, and the idea of the walk was to help club owner Dan Cenidoza, a former Maryland Strongest Man winner, move the kettlebells from the current location on Bel Air Road to a new facility that is nearly double the square footage of space and is much more visible from the street.

“I am looking forward to being in a new spot with better exposure and more room,” Cenidoza said. “This location is so much better and in a shopping center with all of these other stores.”

“It is like a rite of passage, moving forward into the future, onto bigger and better things,” kettlebell instructor and five-year member Craig Cusic said.

Cenidoza first heard about the space on Java Road opening due to the previous retailer closing its store during the COVID-19 pandemic, and he seized on the opportunity. In the club’s nine years on Bel Air Road, it has seen a gradual increase in membership over time, even amid the pandemic, and as a result of the growth, Cenidoza has started to see a need for more exercise space to teach classes, including those with kettlebells.

Kettlebells, a full-body workout tool, are incorporated into courses at the gym six days out of the week that involve swings, rows, snatch, the clean and press, and other movements. Cenidoza used kettlebells in strongman competitions, though he lifted heavier weights for a much shorter distance.

“I had never seen a farmers walk at this long of a distance before,” he said, adding that he facilitated a farmers walk to the Bel Air location nine years ago that was only a half a mile south from the previous location on Wholesale Club Drive.

Cenidoza is a Level II Kettlebell Instructor with an exercise science degree from Towson University. He founded the Baltimore Kettlebell Club 10 years ago, because he wanted to start a program that specialized in kettlebell exercises. Before the club, he was offering 1-on-1 fitness classes in the basement of his townhouse in Perry Hall.

“Having a gym has changed my life,” he said. “I was headed down a dark path of, honestly, addiction, and training helped give me a positive focus and direction.”

Although locking down the gym for three months last year due to COVID-19 was challenging, he said, the robust support that he received from others through the pandemic inspired a resolve in him to grow the gym. He had several people provide financial support in his time of need to make sure the gym stayed open.

“Last year was tough for many businesses, and the fitness industry especially took a hit,” Cenidoza said. “But when you have a tight community, you want to support it and make sure that community survives.”

Mason Porach, a Maryland native and club member since 2017, participated in Sunday’s walk and continued to give during the pandemic, despite being stationed at an Air Force base in Texas. He said that Cenidoza was key in helping to prepare him to meet fitness standards for the Air Force for when he joined in 2019.

“Dan was a genius. I thought I was fit, and then he whooped my a**,” Porach said, adding that he was in town to help Cenidoza and visit with his family for a couple of weeks. “He is making an impact on so many people, so if I can make a little impact in helping him out, I’m there.”

Cenidoza said that Baltimore Kettlebell Club is not about weight loss but strength training, and he tries to promote something deeper than looks or physical appearance.

“It is about bettering yourself, and the lessons you learn from training – discipline, work ethic and consistency – transfer over to other aspects of life,” he said. “When you focus on being better than you were yesterday, it is a win every time you step into the gym. Strength has a greater purpose, and the fact that that message is resonating with people means a lot to me, because this is my life’s work.”