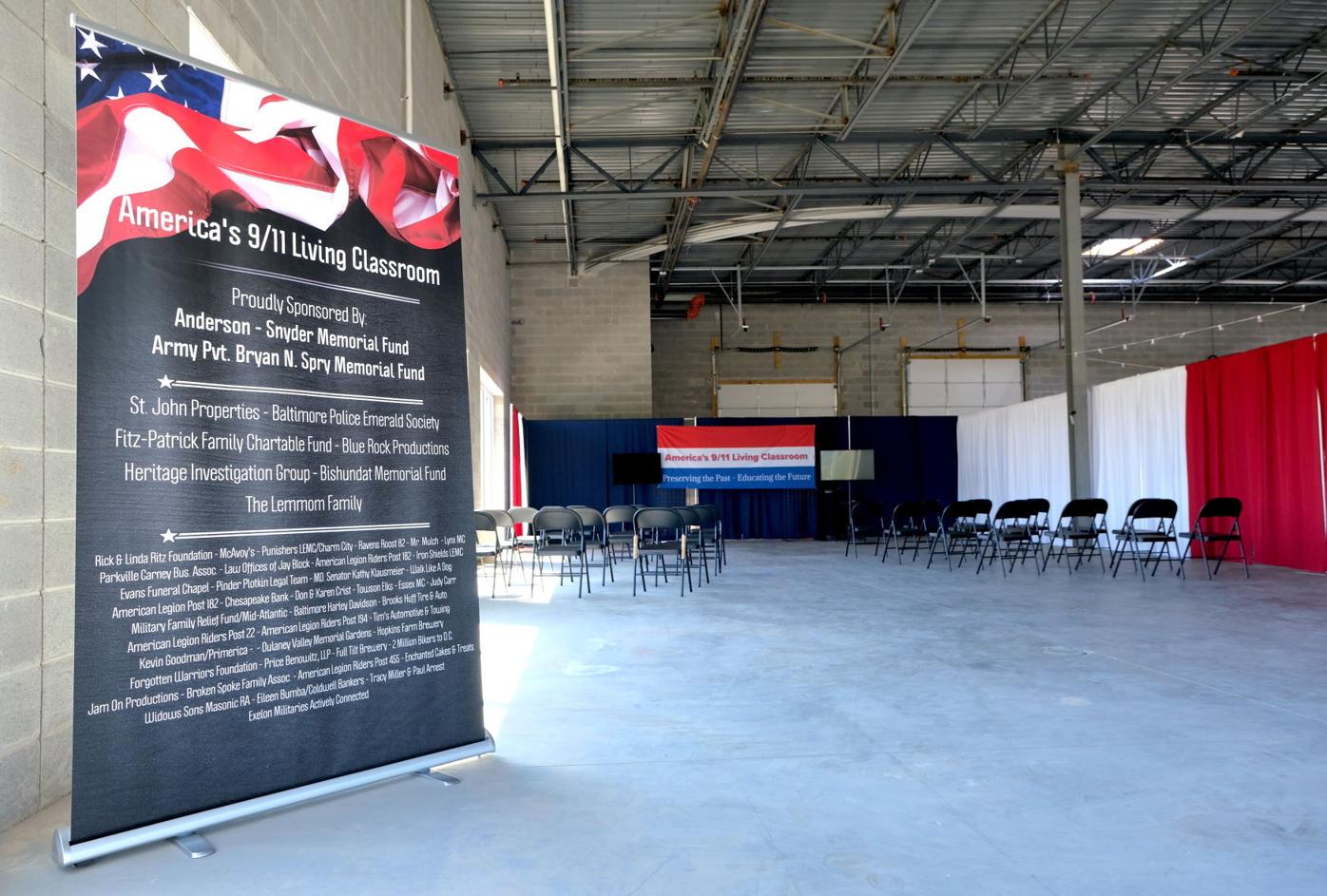 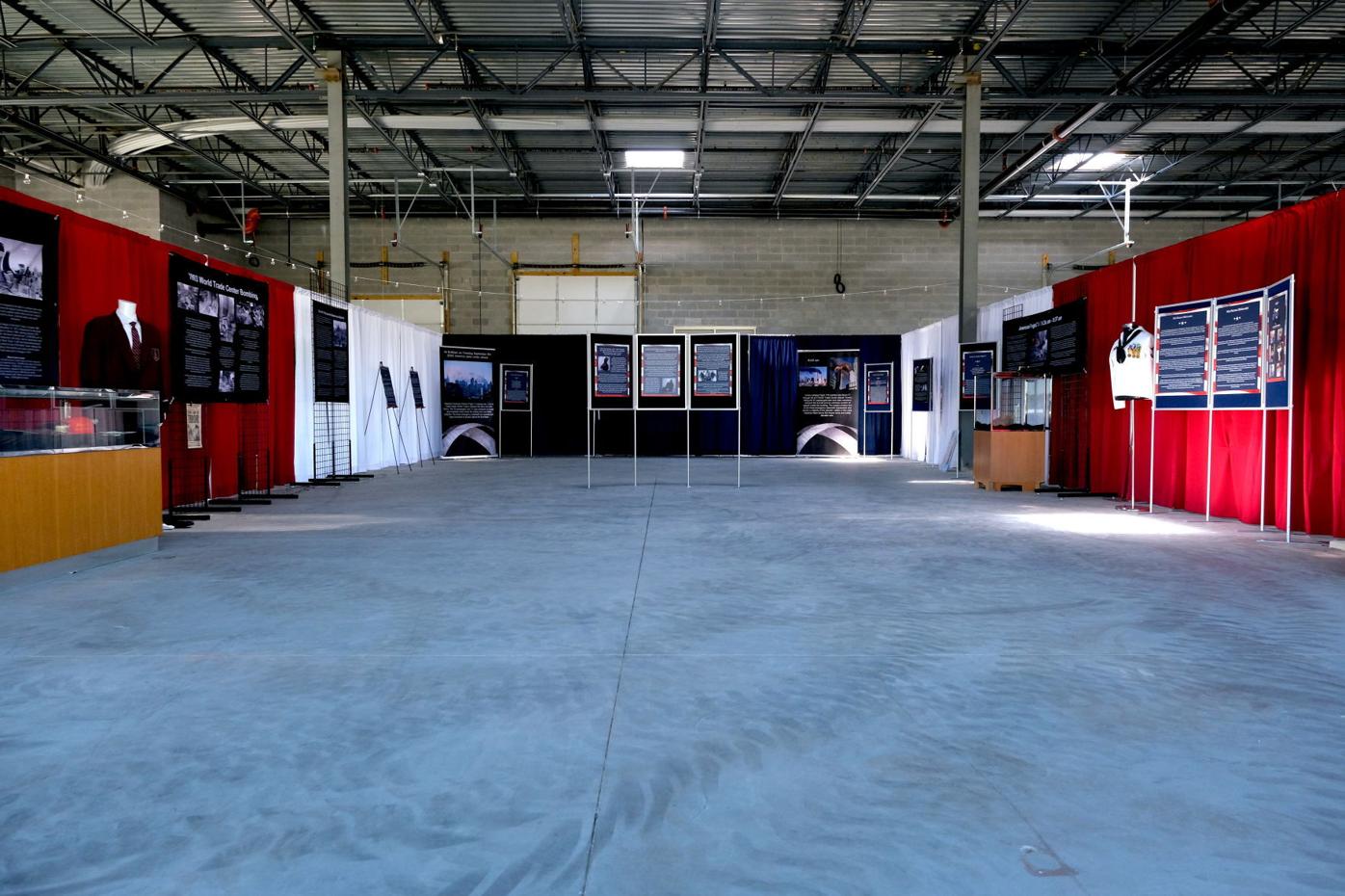 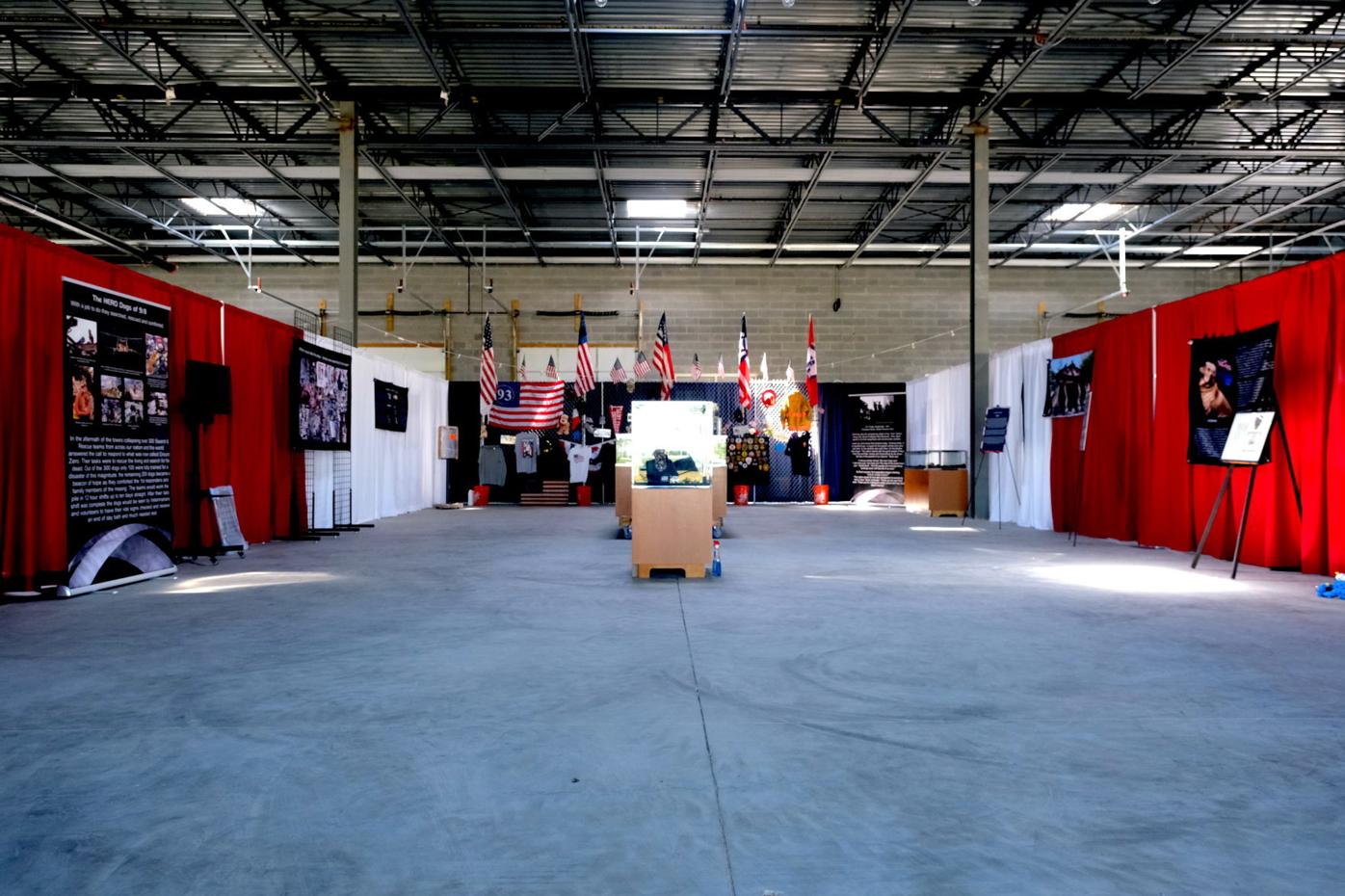 MIDDLE RIVER — Inside a large warehouse in Middle River are plaques and other memorial markers for over 45 people who died on 9/11 or in the post-9/11 wars, all purposely placed for a timeline chronicling the events leading up to, during and following the Sept. 11 attacks. It is all part of a new traveling exhibit called America’s 9/11 Living Classroom, which was installed by the Hope and Peace Foundation to honor those lost and educate future generations.

“As we get further and further away from the event, memories tend to fade, and this is something that I believe we should never forget,” foundation founder Chuck Ritz said in an interview.

Nearly two years ago, the foundation started acquiring artifacts for the memorial to unveil this year, on the 20th anniversary of 9/11. Five sections comprise the exhibit, three for the events that happened on 9/11, and two for the wars in Iraq and Afghanistan that happened after the attacks.

After exhibit visitors listen to a video of interviews with people associated with the events of 9/11, they are welcomed to walk through the exhibit to see the items on display, some of which were loaned from the interview subjects.

Interview subjects included a member of FEMA-mandated search and rescue team Pennsylvania Task Force 1, a Gold Star mom whose son died on 9/11, a survivor of the collapse of the World Trade Center, and a New York City firefighter.

Collette was one of the foundation’s main physical connections in acquiring its collection of artifacts. Not only did Collette loan his own firefighting gear, such as his apparel and tools, from when he worked on “the pile” of rubble to save people, but he helped find other items from that day to place into the exhibit, including remnants of the towers.

“It is incredible to me that people believe in my mission and purpose, and entrust me with items that dear to them to be able to show them on display,” Ritz said.

In addition to the acquired items, the exhibit also has a model of the stairs in the towers that were used for emergency evacuation on 9/11, a gallery of newspaper front pages from across the country showing coverage of 9/11, and a 20-foot chain link fence representing the Flight 93 National Memorial.

Ritz went to the World Trade Center site a few days after 9/11 happened and remembers the emotion of being there, and he said it is rewarding for him to honor those who died 20 years later.

“I am an American, and we made a promise to never forget,” Ritz said. “Everyone has a purpose in life, and this is my purpose to make sure that we never forget and educate those who were not around.”