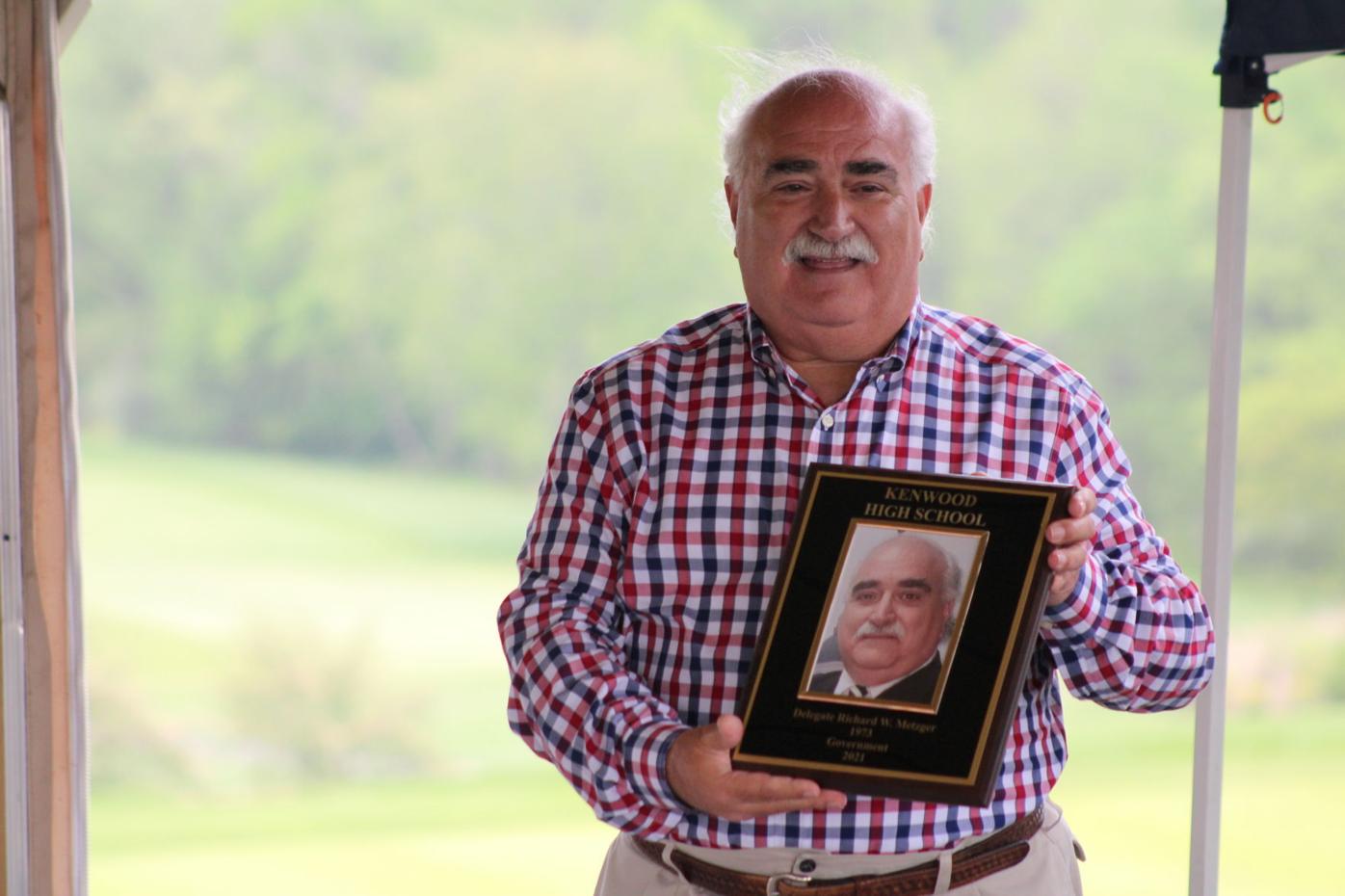 “I’m very proud,” said Delegate Ric Metzgar, a class of 1973 alum who joined the Kenwood High School Academic Hall of Fame at a ceremony Monday. “I love Kenwood, and I love my alumni.” 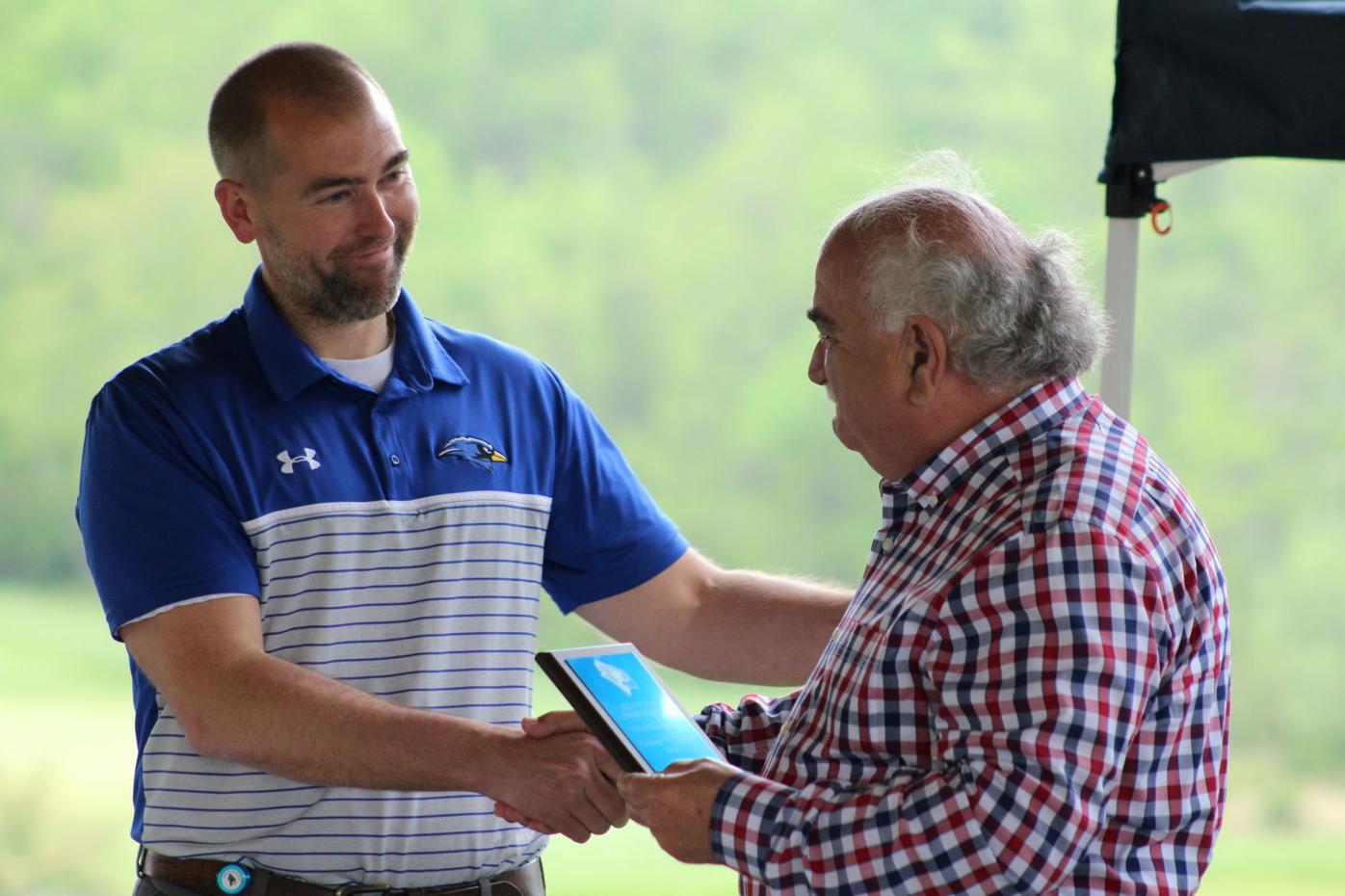 “I’m very proud,” said Delegate Ric Metzgar, a class of 1973 alum who joined the Kenwood High School Academic Hall of Fame at a ceremony Monday. “I love Kenwood, and I love my alumni.”

ESSEX — Kenwood High School welcomed the newest member to its Academic Hall of Fame on Monday — Ric Metzgar, a longtime businessman, minister, community leader and, since 2014, state delegate for District 6.

“It’s cloudy out today, but trust me — there is sunshine in my heart and soul,” said Metzgar, Kenwood class of ‘73. “I’m just overwhelmed.”

It was indeed cloudy and drizzling on and off, but that didn’t stop friends, family and fellow alumni from gathering to honor the delegate at a ceremony at the Winters Run Golf Club in Bel Air.

For Linda Snyder, the president of the Kenwood High School Alumni Association who coordinates Hall of Fame nominations, the honor was long overdue.

“He’s done so much,” she said. “Any time anyone calls him with a problem, he takes it up.”

“He’s always asking what he can do to help the school,” Powell said. “His support is terrific.”

And he’s not done yet — Metzgar hinted at the ceremony that his sights are set on a new scoreboard. He said that he long ago learned to use his influence, including a seat on the House Appropriations Committee, to bring the bacon back home to his community.

“I just want to help people,” he said. “I feel like that’s my calling.”

He traces the skill back to his time at Kenwood, where he took part in a ‘diversified learning’ program that allowed students to earn academic credits for work experience. He worked for Montgomery Ward, where at 17 he was among the youngest licensed home improvement salesmen on the east coast. And he worked the tent sales out front, meaning he could sell just about anything in stock and earn six cents on the dollar in commission.

Metzgar pursued his talent as a salesman for many years, working for nearly 30 years as the general manager of Eastern Avenue dealership G & W Motors, Inc. alongside a number of other business projects.

“Whatever gift you think you have, you need to stir that gift inside of you and pursue that,” Metzgar said. “Sometimes, you need to chase your dreams.”

Chasing one dream, Metzgar got involved with various ministries in Essex and Edgemere and became an ordained minister in 2002. Chasing another dream, he was elected to represent Baltimore County’s District 6 in 2014.

And maybe it was a dream, or maybe it was fate, that Metzgar married his high school sweetheart Rebecca Hamby after meeting during their junior year at Kenwood and attending junior and senior prom together.

While he may not have been top of his class — in fact, he jokes that he was the top of the bottom of his class — Metzgar looks back on Kenwood with pride. He said it touched his heart to find out he’d been nominated for the Hall of Fame. A plaque honoring Metzgar will join those honoring his fellow Hall of Famers at Kenwood High School

“It’s like being chosen to be the valedictorian of the class 48 years later,” he said. “I’m very proud. I love Kenwood, and I love my alumni.”